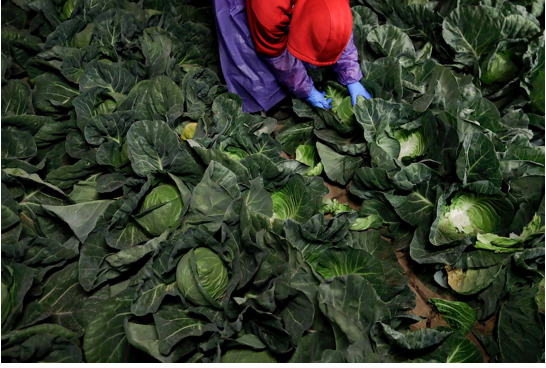 WELLNESS - If demographics and geography really were COVID destiny, then Gonzales—a small, working-class town with a young, overwhelmingly Latino population in rural California—would be a pandemic disaster.

Instead, Gonzales is among California’s most vaccinated places. In this Salinas Valley town of 9,000, where fewer than 10 percent of adults have a college degree, 98 percent of eligible residents have received at least one dose.

Readers of this column know that Gonzales is often an outlier of excellence among California communities. But in this case, it’s part of a larger, unexpected success story around vaccination in two of the state’s agricultural areas—the Salinas and Imperial Valleys. Their stories hold lessons that go beyond the pandemic.

The city of Salinas, the de facto capital of the lettuce-growing valley, also boasts a vaccination rate above 90 percent, well above the statewide average and the vaccination rate on the whiter, wealthier Monterey Peninsula. Meanwhile, Imperial County, along the U.S.–Mexico border, is the most vaccinated place in the southern part of the state, as CalMatters first noted. Imperial boasts an 86 percent vaccination rate (at least one dose)— 10 points higher than L.A., Orange and San Diego counties, and 20-plus points higher than San Bernardino and Riverside counties.

The contrast is even more dramatic when you compare heavily vaccinated Salinas and Imperial with the slow-to-vaccinate rural regions—the San Joaquin Valley and the North State—that have seen coronavirus surges paralyze local health systems this fall. Some counties in those regions—including Kings in the San Joaquin, and Lassen and Modoc in the far northeast—have vaccination rates below 50 percent. And perhaps most intriguingly, both the Imperial and Salinas valleys have large populations of younger Latinos working in agriculture and essential industries—the very demographic other parts of the state are struggling to vaccinate.

So, what explains the success of these two valleys, 500 miles apart?

The answers start with vegetables.

The Salinas and Imperial Valleys are California’s two great lettuce lands, leading producers of green vegetables, from spinach to broccoli. As such, they share networks of companies, mechanics, and workers who operate in the Salinas Valley through summer and fall, and the Imperial Valley (and neighboring Yuma, Arizona) in winter. It’s not uncommon to find agricultural workers with residences in both places.

Some of these same workers were among the hardest hit by the first wave of COVID-19 last spring, with 2020 infection rates as much as three times higher than California’s general population. The state was slow to require protective equipment, and testing was unavailable at first. But, after the early months of the pandemic, agricultural networks in the two valleys rallied in a big way.

Tight collaboration among entities that can be at odds—growers, labor groups, local governments, community advocates, and health clinics—was crucial. In the Salinas Valley, the Grower Shipper Association, an agricultural industry group, and Clinica de Salud, a community health clinic, shared an award for their joint efforts to protect workers. Together, they provided workers with personal protective equipment and quarantine housing, and, in 2021, they helped organize mass vaccination campaigns in the fields and at well-known sites like the Salinas Sports Complex. While the growers offered time off and transportation for vaccination, the clinics provided the doctors and nurses to do the jabs.

The Salinas Valley collaborators obtained their own supply of vaccines directly from the federal government, bypassing the state government. The vaccination collaborations also benefited from pre-pandemic organizing campaigns around farmworker health (particularly related to pesticide use) and the 2020 census count.

On the southern end of the lettuce network, county health officials worked with another industry group (the Imperial Valley Vegetable Growers Association), providers (including El Centro Regional Medical Center), and community nonprofits to get people vaccinated in even the smallest settlements of the sprawling valley. They provided transportation to get workers and far-flung residents to mass clinics at malls. And they brought vaccinations to the border, since many Imperial workers must cross to their jobs.

The city of Salinas, the de facto capital of the lettuce-growing valley, also boasts a vaccination rate above 90 percent, well above the statewide average and the vaccination rate on the whiter, wealthier Monterey Peninsula.

Participants in these efforts say the aggressive early spread of COVID in the community meant there was little vaccine resistance—too many people knew how deadly the virus was. Some also see the vaccination success as a by-product of increases in the county’s health infrastructure in the 10 years since the establishment of Obamacare.

But vaccination, for all the public conversation about national or statewide rates, is a profoundly local function. And Gonzales, which won a major national award for community health before the pandemic, provides a good example of how to do it.

Community health workers were central to the approach. Gonzales managed to hire two in 2020. Then in January 2021, by joining a program called VIDA that brought in county and philanthropic support, the city hired four more, for a total of six.

These community health workers went door to door, and into apartment buildings, schools and businesses, to build relationships with residents. They brought free food boxes, from three local food pantries that the city set up early in the pandemic, to quarantined residents. They also became certified COVID-19 testers. This helped them reach vaccine holdouts, who, after testing negative for COVID-19, were quickly registered for vaccine appointments.

The city’s vaccination campaign has been relentless—with many organizations partnering to host over 20 mass vaccination clinics since February at the high school, the small and independent Gonzales RX Pharmacy, and the local Catholic church. To make sure there were always enough people in town who could give shots, the city had five Gonzales firefighters certified in administering COVID-19 vaccines. In addition to these personnel, nursing students from nearby Hartnell Community College and pharmacy staff also handled inoculations.

“It’s very hard for people to say no, with the accessibility and ease of the process,” Carmen Gil, Gonzales’ director of community engagement, told me.

And therein may lie the prescription for ending this pandemic, even in the most stubborn locations. When so many different people and institutions in a place are working together to get you vaccinated, it doesn’t matter who you are or how small or rural your community is—resistance is futile.