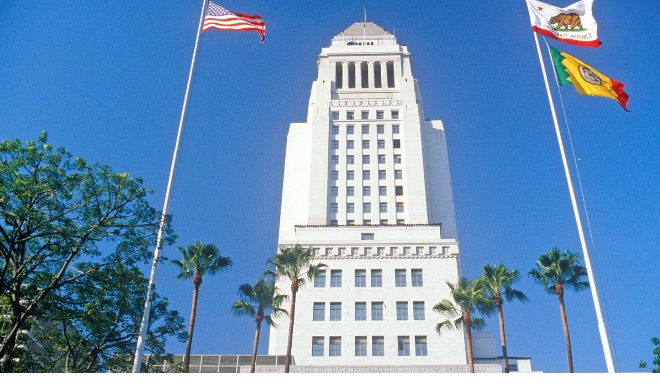 THE EASTSIDER - Now that the elections are over, most of the City Council is attempting to continue the system of running LA City just as it has been run in the past -

an Imperial Council President, with the rest of the Councilmembers placing agenda items for their fiefdoms.  At least those who are in attendance.

But change may be in the works - President Paul Krekorian seems more interested in change than his authoritarian predecessor, Nury Martinez.

In any event, on Sunday, the LA Forward Institute was meeting at the Pilipino Workers Center over by MacArthur Park, with newly elected Eunisses Hernandez, and Mike Bonin, who chose not to run again, freeing his time up to have a serious conversation about how the City should be governed.

Make no mistake, this was a meeting with a purpose, for some 50 or so attendees who represent the grassroots organizing and outreach groups that are changing LA politics before our very eyes.

Mike Bonin brought to life how a typical LA City Council Agenda can make real governing almost impossible.  First, if the President doesn’t like a Councilmembers issue, guess what?  Oh dear, (it) didn’t make the agenda, did it?  And take a look at a City Council Agenda. There’s no possibility that each Member has read all the Items or could have a real discussion on most of them.

So, with staff help, the Councilmembers are making decisions based on documents produced by God knows who, often with no context as to the implications of a yes vote.

Further, the power in the Council is parsed out from the Council President to the Committee Chairs. You can find a quick guide here.

“As required by the City Charter and established by Resolution, the Council is organized into committees to facilitate adequate consideration of matters subject to its attention.  All members are appointed by the President of the City Council.  Each Council Member is the Chair of one committee and a member of two others.  Special ad hoc committees may be established and function in accordance with the authority creating them.

Committees meet at a set time, or upon call of the Chair.  Through reports and hearings, Committees obtain information on matters under consideration and make recommendations to the Council in the form of signed written reports which are summarized on an Agenda by the City Clerk for the information of individual Council Members, City departments, and the public.”

If you look at the Land Use Rules, on top of this bizarre Rubics cube of Council Committees, it’s no wonder that there are 15 fiefdoms where most decisions are whatever the Member wants.

Here in CD1, our own Eunisses Hernandez seemingly came out of nowhere to take out veteran Gil Cedillo in the Primary Election!  She’s a veteran community organizer, working with such groups as the Drug Policy Alliance, JusticeLA, and La Defensa, a group working to reduce the number of the incarcerated in LA County.

Though it’s a little beyond the scope of this article, she co-chaired the County Measure J initiative designed to repurpose 10% of the County budget to fund community reinvestment and incarceration alternatives.  Her co-chair was Hugo Soto-Martinez, now Councilmember for CD 13.

Although most people have forgotten, back in 2020, I posted a CityWatch article on LA County Measure J, which you can find here.

“Measure J was passed by the LA County Board of Supervisors on a 4-1 affirmative vote, with Supervisor Barger as the lone nay vote. In terms of the opposition to Measure J, you will not be shocked that major opposition is from the Law Enforcement Community such as the Sheriff and District Attorney folks.

Here’s my take. For decade after decade, addressing inequality issues and law enforcement has been more lip service than reality. In most cities and counties, law enforcement is around 60% plus of the annual budget, and let’s face it, most elected officials are quick to use the “law and order” pitch in their election campaigns.

At least until President Donald Trump has given new meaning to the phrase “law and order.”

The only real way to buck the usual empty promises of ameliorating the “zip code to jail” or “kindergarten to jail” realities in LA County, is to finally set aside enough money to do something. That is exactly what Measure J does. And it takes the lobbying ability of the law enforcement community with the Board of Supervisors largely off the table.”

Of course, Sheriff Alex Villanueva recently lost his job after blowing off the Measure J Oversight Committee, the Board of Supervisors, and anyone who didn’t kiss his booty.

Eunisses’ observations, as she waits to be sworn in, are interesting since she campaigns around issues. She shared with the audience something that I never knew - most of the City Departments have high vacancy rates. Obviously, this has a direct impact on a Council Office being able to work with the various Departments in learning what they do and their ability to respond to the Council.

As an example of being issue oriented, she shared that when looking at interactions between the constituents and the Council Office in CD1, a huge disparity popped up.  Seems that if you live from Chinatown north in CD1 you get good service.  On the other hand, people in the southern part of the district got almost nothing by way of services.

The fix is obvious - the Council Office needs to provide the outreach to first let people know what services they should get from their Councilmember, and then there needs to be transparency and outreach to treat them equally.

I could go on, but here is a taste of what Eunisses will be doing after she gets sworn in.

With a $2 million dollar District budget, how can CD1 equitably split the budget?  For one thing, historically most staff are either in City Hall or out in the District regions, with the City Hall staff paid the most, and the regional staff paid less.

Is that necessary? How about rotating staff in and out? To provide equity, how about dividing the district into 2 or 4 pieces, and monitor each?

Finally, and with all the hissy fits over “Defund the Police” that Measure J prompted, has anyone bothered to look at the reasoning behind the proposition?

The basis of the Measure is that the LAPD is the biggest chunk of the LA City budget by far, at around $3 Billion dollars/yr.  Yet, if you think about it, what the police actually do, is to respond to crimes after they have already occurred. In other words, their mission is responsive rather than proactive. So how about repurposing some of that money into prevention, helping Angelenos so that crime goes down?

Unlike most media coverage, we now have at least two Councilmembers (the other being Hugo Soto-Martinez), along with ex-Councilmember Mike Bonin, who are examining the City Council organization in terms of its structural failings.

They are a clear counterpoint to the corporate democrat lifecycle of two terms in the Assembly, two terms in the Senate, and then blessing us in LA City with their presence for another 12 years.

By the way, there’s a good article in the Boulevard Sentinel as they interviewed Eunisses this week.  I recommend it.

Maybe, just maybe, we can learn to develop a City Council system that helps our elected officials to actually govern our 4 million plus Angelenos in some kind of an equitable basis, instead of taking care of themselves for three terms and out.