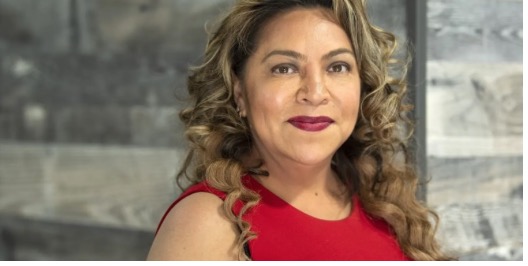 SOUTH OF THE 10 - All of this started in approximately November 2020 after I was invited to an interview about water contamination in our local water supply by a local progressive journalist.

His name is Rodolfo Cortez-Barragan. He was interested in interviewing me about AB 756 a bill recently passed by the California legislature which addressed contaminants in our local water supply.

These video interviews by a local journalist, brought attention to the issue and the fact that nothing was being done to address the contaminants in our local water supply. After Mr. Cortes-Barragan published the video interviews, we (Mr. Cortes-Barragan) and I were immediately sent a letter threatening to sue us over publication of the videos from Attorney Scarborough. In April of 2021 Central Basin Municipal Water District, moved forward with their threat and filed the lawsuit (Central Basin Municipal Water District, vs Leticia Vasquez Case No. 21STCV16320).

In June and July 2021 in yet another desperate attempt to immediately silence us and to prevent further publication of videos about the water contamination, a restraining order was filed. Both attempts at seeking a restraining order were rejected by 2 separate judges (Judge Beckloff and Judge Stroble) last year. However, even after these failed attempts, my colleagues the privatizers on the Central Basin Municipal Water District Board of Directors, insisted on moving forward with their meritless lawsuit.

This preposterous lawsuit is supported by the water privatizers on the Central Basin Board of Directors who are bought and paid for by private water interest. Their only goal is to privatize and profit from our community water systems. We saw this in Compton several years ago with the Sativa Water District.

Fortunately, last week’s ruling was the third time a court rejected efforts to silence us about these very serious issues regarding our local water supply. Water is life and we must continue to beat back these efforts against our human right to water.

Leticia Vasquez Wilson has served on the Central Basin Municipal Water District 10 years representing the communities of Compton, Lynwood, Carson, South Gate Willowbrook and unincorporated Los Angeles. She served on the Metropolitan Water District Board of Directors for 5 ½ years. She is a former Lynwood Mayor and Councilmember. Vasquez Wilson is an educator by profession and has taught in the k-12 system and more recently in the California Community College System.

Mr. Rodolfo Cortes-Barragan is an independent progressive journalist. He holds a Ph.D. from Stanford University. His website is https://www.political-life.com

“This lawsuit represented an official Central Basin attempt to censor Director Vasquez for being honest about the water in the Southeast L.A. region. While the other elected officials are more concerned with maintaining a façade that all is well, she has been calling out the truth for years, including in the interviews she granted me for the Political Life YouTube channel. As a result of people watching these videos, the majority at Central Basin got fed up with it and that’s why they sued her, but now that they’ve lost, they’ve created a landmark ruling that can protect other elected officials who speaking out.

As Director Vasquez has communicated, we in Southeast Los Angeles have hundreds of harmful chemicals in our water, and the vast majority of our elected officials refuse to even acknowledge this reality. That’s why we need independent-minded elected officials like Director Vasquez to speak out in independent-minded media, so that the truth will come out. Once the truth is out, it will be easier for the public to demand action to clean up our local water supply.”