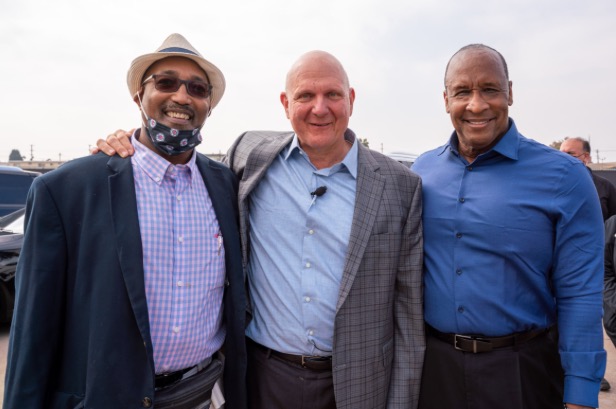 SOUTH OF THE 10 - Dear 2UrbanGirls, Does Steve Ballmer really want to relocate the Clippers to Inglewood?

Well based on his actions those that have been noted publicly and those behind closed doors, it may well be that the Clippers owner may have put Inglewood government in a position where the City itself cannot meet the standards or its obligation with Ballmer and the Clippers which will ultimately allow Ballmer to void any agreement with Inglewood and move his team to Seattle.

Let’s face it Seattle wants an NBA team and it would be foolish for anyone to believe that Ballmer, who has made his mass amount of wealth in Seattle, isn’t intrigued by the potential and the prospect of not having to share the spotlight, whether it be the Staples Center or Los Angeles itself with the daunted and historic Los Angeles Lakers.

Think about it, wouldn’t Ballmer have to consider that Inglewood Mayor James T. Butts may possibly be criminally indicted for his questionable actions? Foolish maybe but one should look at what’s happening with the Anaheim stadium deal and the corruption behind that transaction. In reading those accounts I bet Ballmer is rethinking his relationship with the Mayor as the details with the Anaheim stadium deal look eerily familiar when you compare the behind the scenes backroom dealing the Clippers were involved in, with Inglewood, to deceive the public when they made gross errors in putting the matter on the city council agenda.

In closing I don’t envy Ballmer’s position but a pending indictment against Inglewood Mayor James T Butts may make Seattle very attractive not only for the Clippers but the NBA .

Board of Public Works