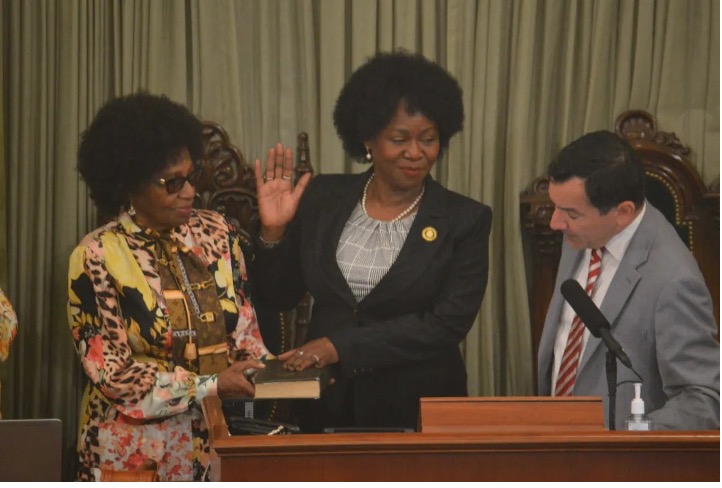 SOUTH OF THE 10 - Dear 2UrbanGirls,  Can we talk about how housing instability is probably the most underrated stressor bringing insurmountable pain and anguish to women’s health, more importantly the mental health of African American women.

It’s time to be honest and instead of simply picking women of color to represent us in office, we have to do a significantly better job of electing women of color who struggles and pedigree identifies and empathizes with the masses they are elected to represent as opposed to a small group of wealthy ” woke” donors.

I’m not talking about the Inglewood city clerk who uses her office as a personal photo studio. She posts more glamour shots of herself than things having to do with the functions of her office. The Inglewood councilwoman appears to only be on script to follow Butts’ lead instead of speaking up for the countless applicants who applied for the City’s rent relief to only come away empty handed. How do they explain receiving close to $2 million in federal funds for the program and have only disbursed $250,000? The City’s explanation is “they are waiting for the County’s rent relief” well that notion was foiled by a judge who said to STOP DENYING APPLICANTS.

Maxine Waters had folks standing on a South LA corner seeking housing, only for her to show up and tell them to “go home”. How insensitive is that?

We have to fix housing and I challenge you and your new site to work to advocate not only to fix housing but to be a catalyst in talking about the crippling poverty that envelopes women of color and the neglect of politicians of color, in particular women, who have been elected in various offices. The current policies and political leanings tend to cater towards a bourgeois class of constituency as opposed to a constituency that’s one health care crisis, or job loss away from homelessness.

I recall Sydney Kamlager voting against rent stabilization and neither Karen Bass or Tina McKinnor are making it a point to discuss it in their respective campaigns either.

Ms. McKinnor is so punch drunk off being elected all she’s doing is posting pictures of her with elected officials happy she’s now “one of them”. She was short on answers directly affecting her district and continues to play coy with what’s in the state budget for Inglewood schools. To see Black women kissing up to a man [Inglewood Mayor James Butts] that has no problem publicly attacking Black women for sport, I cringe at their kool-aid smiles as they bow down to him and his “leadership”.

The whole “Black girl magic” sounds good but is short on deliverables.

The fact of the matter is electing women of Color should always be the goal but it appears that the Democratic “woke” party has divided itself in a “Starbucks” like class warfare where it caters to a picturesque “Issa Rae” version of reality as opposed to the cold hard facts that we as a nation have failed women of color in addressing housing instability in which arguably has led to the rise in mental health episodes playing out in Los Angeles streets.

Commission on Community and Family Services

LACERS Board of Administration Meeting Agenda