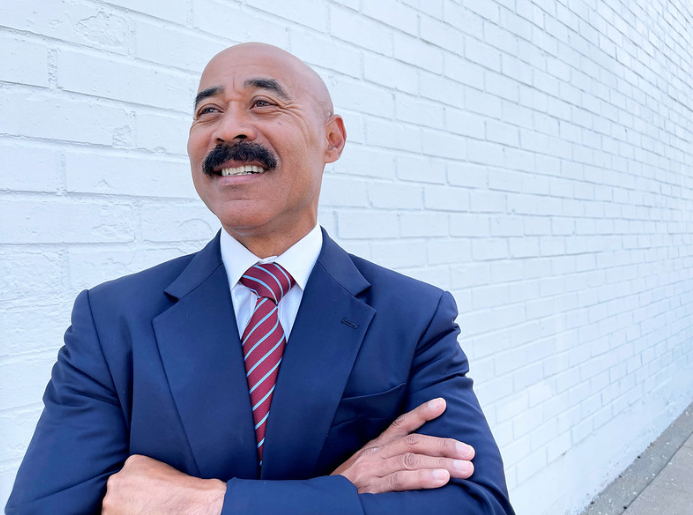 SOUTH OF THE 10 - Sheriff Alex Villanueva is on the June 7 ballot alongside challengers who have worked inside the department.

Many of them are campaigning on a platform rooted in reform and transparency. LAX Police Chief Cecil Rhambo was the first out the gate to declare his candidacy, which is now shrouded in controversy related to his involvement in two narcotics operations that involved him shooting two of his colleagues.

In 1988, days before Christmas, a narcotics operation was taking place in South LA on 92nd Street. An eleven member team descended upon the home to perform a “buy-bust” operation. Rhambo was on the scene in the rear of the house.

Once the deputies realized they were going to penetrate the house, one of the deputies left to go to his car. On his way back, he was identified as a “man with a gun” and was shot in his leg.

The Deputy Involved Shooting memo, addressed to then Sheriff Sherman Block, detailed three deputies, including Rhambo, shot seven rounds at the “suspect”, striking him in the leg. Three rounds weren’t accounted for.

The Deputy Involved Shooting memo, addressed to Sheriff Sherman Block, detailed the wounded deputy changed his jacket when he went to his car.

The operation netted five kilos of cocaine. No weapons were recovered.

In Nov. 1987, Rhambo, who was a member of the narcotics team, was assisting a burglary team with a narcotics surveillance on a home in Compton. When that team made the decision to enter the home, after witnessing what they described as “multiple” drug buys, Rhambo went to the rear of the home and encountered three pit bulls. He shot at dogs, and missed, however, he did manage to shoot and wound his supervisor.

When the Times wrote their article on the shooting, Rhambo was not identified as the shooter.

After the Dec. 1988 shooting, Rhambo would encounter someone at a bank ATM, who pulled a gun on him. Rhambo recalls having time to get his weapon, and let off multiple shots at the suspect, who then drove himself to the hospital.

Rhambo has declined to comment on either shooting that involved fellow deputies. 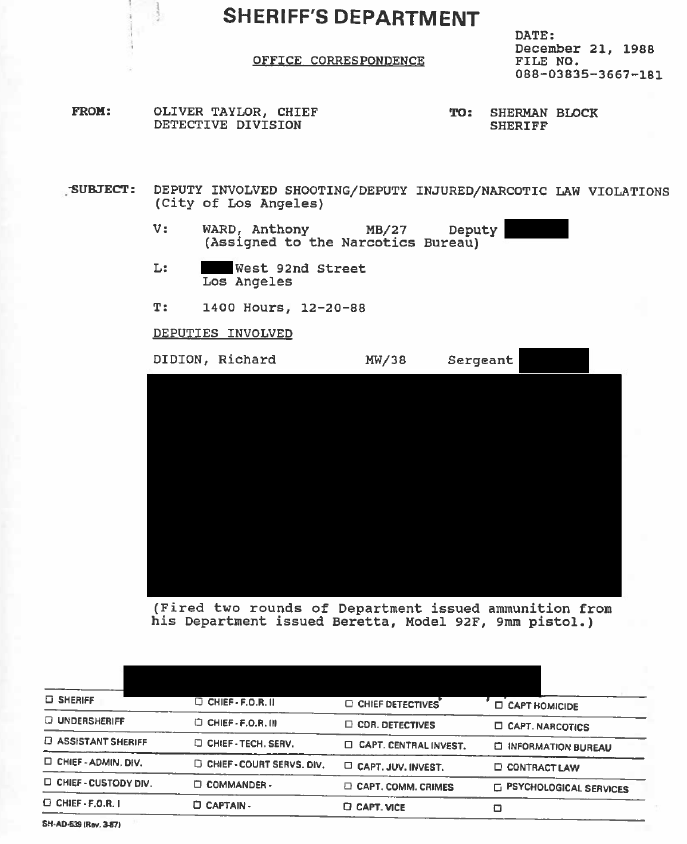 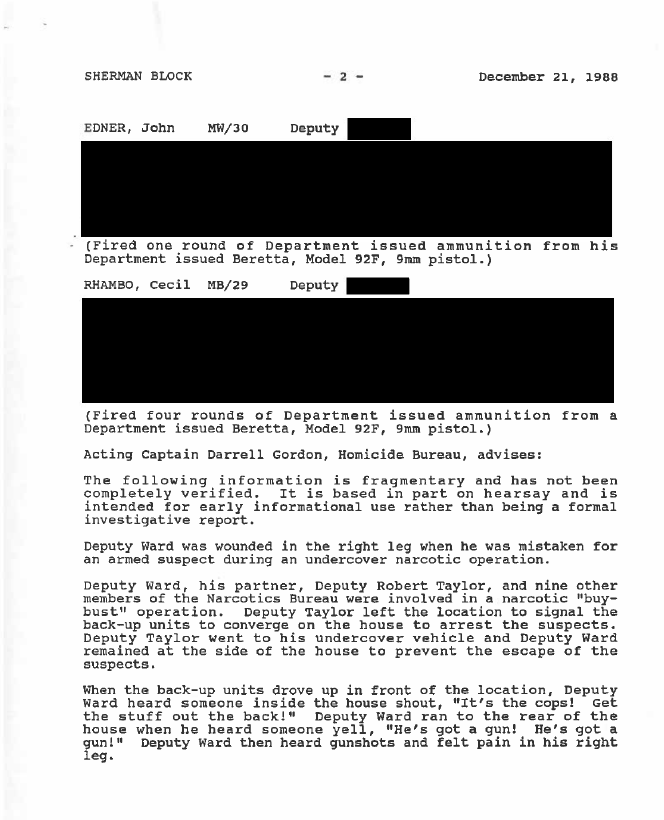 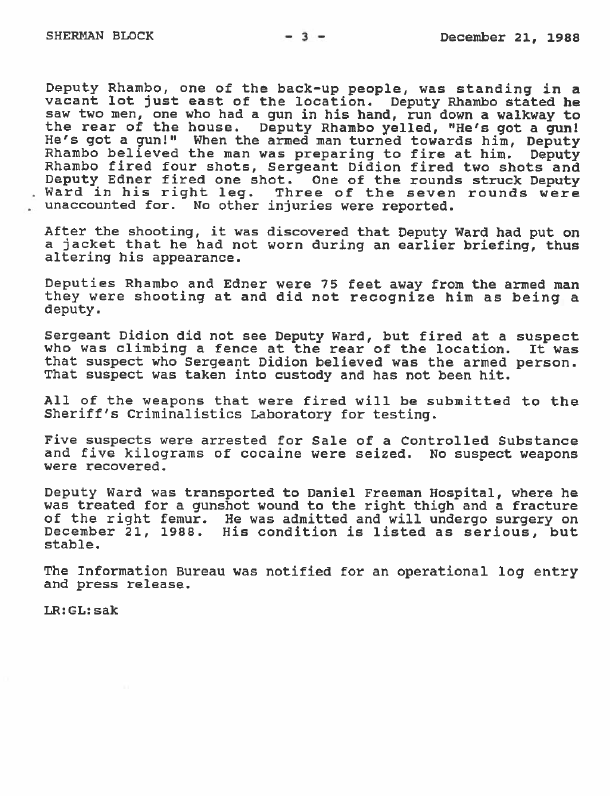