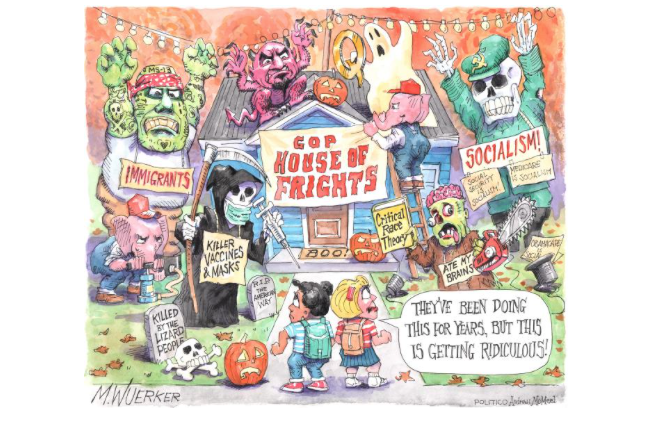 ELECTING A MAYOR - I’ve been watching Joe Buscaino run for something since before he ever got elected to anything ― including councilman for Council District 15.

From the very beginning, even as an LAPD Senior lead officer, it was clear he was running for something with his popular cheery disposition and dimpled smile, but it wasn’t obvious for what. Clearly his cheerleader manner and personality needed an audience, but I was always suspicious of his ability to lead by consensus behind a vision of what Council District 15 needed, wanted and aspired. But he did know how to play to his base in San Pedro.

What we have experienced since his election is his reacting without fully understanding complexities, like his proposals for addressing homelessness for example. What we have seen is his grandstanding on hot-button issues to make political points and then exhibiting tone-deafness to anything that approaches criticism. He is not the candidate that Los Angeles needs or desires to address the current state of the city.

Currently while the ships pile up at the Ports, and as a result of a misplaced anchor we have seen the first major oil spill off the coast of Southern California in years and then the accumulation of hydrogen sulfide (think rotten egg smell) in the Dominguez Channel, which runs through his district ―Buscaino has not said a word. Instead, he’s out trumping up support for his anti-homeless camping ordinance, and his communications deputy Branimir Kuvartic is out assaulting and insulting the general population who show up at his made-for-Fox-News press conferences.

Now San Pedro, from whence Buscaino comes, has a lot in common with the rest of the aging historic neighborhoods of Los Angeles ― broken sidewalks and cracked gutters, plenty of illegal ally dumping, a fair amount of street crime, increasing rents and shortage of affordable housing.  Of all of these very basic municipal concerns Buscaino can only now say that he’s addressing the housing shortage, but not with enough affordable units. What makes Pedro somewhat unique is that it’s the “biggest small town in all of L.A.” and while people here may have short fingers, they do have long memories ― Pedro is not the kind of place that easily forgets broken promises.

In San Pedro, no one crosses swords with a seated councilman nor insults wealthy philanthropists, both of whom ply the local charities with honey-butter donations and favors in exchange for their silence or nodding acquiescence. Get on Buscaino’s wrong-side and the favors dry up. The extent to which some few will whisper things to a reporter, do so only if their names aren’t attached. I ask, “What country do you live in where you can’t speak freely?” This as the locals place their hands over their heart and recite the Pledge of Allegiance.

Sometimes, I think this town is too small for its own good or that the council office has too much power when placed in the wrong hands. The L.A. City Council is far too powerful for the common good and too easily corrupted. I am a supporter of Mike Feurer’s proposal to double the number of city council seats and halving their salaries.  It’s not a perfect solution but a step in the right direction would not come from Buscaino.

However, back to the missteps and missed opportunities of Buscaino’s ten years in office. During the homeless crisis he was late to the game on shelters and was only able to clear the pedestrian right-of-ways around the Beacon Street Post Office because of the federally funded program, Project Room Key, which I’ve heard will be ending soon. He was a late adopter of the Bridge Home Shelters and the tiny homes (which as I’ve told you before he adamantly opposed at first) and wouldn’t have stopped police enforcement of the homeless without a court order and scolding by a federal Judge David O. Carter. In other words, he’s always been late to the solutions and something other than a leader during a crisis ― even during the pandemic.

None of these late solutions would have ever made it into Buscaino’s weekly self-serving email newsletters if there wasn’t a selfie attached to it.  This, every intelligent San Pedran knows, but few will utter out loud for fear of reprisals.  This in itself is the reason I believe that the majority of Joe’s hometown won’t even vote for him in the coming L.A. mayor’s race.

Clearly, up until a few weeks ago, this race was between him and City Attorney Mike Feuer, even though there are lesser known candidates who have declared. But with the announcement of Councilman Kevin de León and Congresswoman Karen Bass (two candidates with far more progressive credentials and city wide recognition than Buscaino), this has placed Buscaino in an “also ran” position.  If he keeps running to the right of everyone else, he’s bound to get a majority of the dwindling Republican votes in the city, which if you understand him is the right place for him ― a minority candidate in an increasingly majority democratic land. The reality is he’s a Democrat in Name Only or a DINOsaur in other words.

Buscaino is seriously out of step with the political shift happening in the greater L.A. region and is curiously misrepresenting San Pedro at city hall ― it’s time for him to find employment elsewhere.

I wonder if he’s actually running for mayor or just running away from San Pedro?

Pit Bull Attacks are Not ‘Accidents’

Yimbyism: There’s a Whole Lot of Shilling Going On

50 City Report: California’s Fixer-Upper Markets Are the Most Expensive

The Valley: Is It Safe?