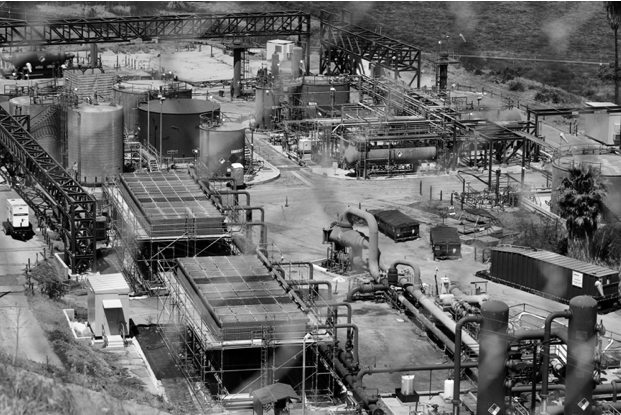 Councilmember Mike Bonin introduced the motion after infrared video showed gas escaping from the gas field. The facility has been operating on an outdated City Planning Permit since 1955 and is located near homes, schools and LAX. The city Planning Department and Petroleum Administrator now have 90 days to review the permit and issue a report.

“This investigation is long overdue,” said Food & Water Action Organizer Ethan Senser. “We can no longer give a free pass to SoCalGas to put our community’s health, safety and economy in jeopardy. Nor can we postpone building a real clean energy future to benefit local communities, given the climate crisis in which we are living.”

Local families, along with Protect Playa Now!—a coalition including Food & Water Action, the Ballona Institute and Indivisible CA-43—support the motion as a first step in closing the facility located near neighborhoods and LAX.

Stephanie Popescu, who lives near the Playa del Rey facility worries about the danger to her family.

“I live in Playa Del Rey just two blocks from the SoCalGas facility with my husband and one-year-old son, Popescu said. As a mother, I worry about our proximity to the underground methane storage facility and the potential health risks, as well as the over polluted environment which we will leave our child.”

Tuesday’s vote comes one week after the fourth anniversary of the Aliso Canyon Gas Blowout, which took place in a similar gas storage facility operated by SoCalGas. That event released over 100,000 metric tons of methane into the atmosphere and forced thousands of families to evacuate their homes for months.

“We are grateful to Councilmember Mike Bonin, as well as the City Council Committee that is recommending his motion move forward, for recognizing things have changed since 1955 when SoCalGas first opened the Playa del Rey gas storage field,”  said Robert van de Hoek, President of Ballona Institute.  “What we’ve learned from the Aliso Canyon gas blowout informs us that the high density of residents, schools and places of worship now in Playa del Rey, Marina del Rey, Westchester and Del Rey requires greater scrutiny in ensuring all necessary permits must be in place and permit conditions met for this highly toxic, potentially explosive facility.”

A 2018 report by the California Council on Science and Technology (CCST) found that Playa Del Rey is one of the highest risk gas storage facilities in California due to its proximity to homes, businesses, schools and LAX. The facility is also at risk for fire, chemical explosions, earthquakes, floods and tsunamis.

Food & Water Action is the political advocacy arm of the research and education organization Food & Water Watch. We mobilize people to build political power to move bold and uncompromised solutions to the most pressing food, water and climate problems of our time.