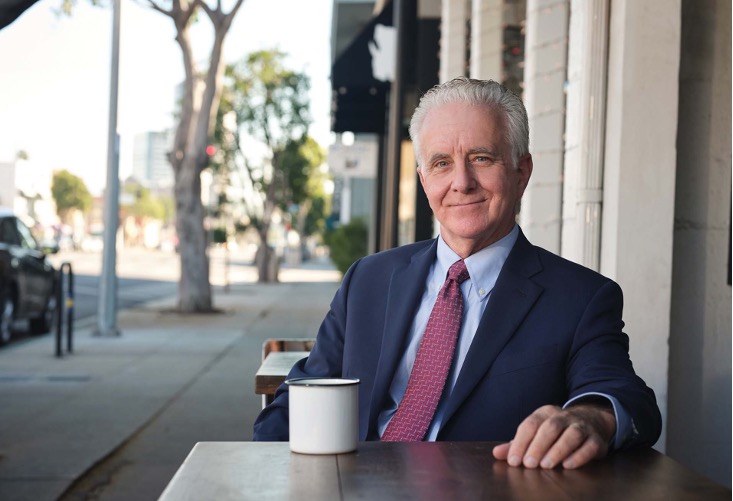 LA WATCHDOG - Councilman Paul Krekorian, the head of the Budget and Finance Committee, did not have a good week.

On July 20, CalPERS, the State’s $440 billion pension plan, announced that its preliminary investment return for the twelve months ending June 30 was a negative 6.1%.  This probably mirrors the results for the City’s two pension plans, the Los Angeles City Employees Retirement System and Los Angeles Fire and Police Pensions.

The City’s two plans, which have assets of over $53 billion as June 30, 2021, rely on an Investment Rate Assumption of 7%. If the two plans lost 6%, this would result in a swing of 13%.  This would increase the unfunded liability by estimated $6 to $7 billion, from $1.6 billion to $8.1 billion, reducing the funded ratio from 97% to around 85%.  (These values are based on market values, not actuarial values.)

While this loss will be spread over a seven year smoothing period, as was the case with last year’s 30% gain, it will also increase the City’s Annual Required Contribution in an amount to be determined.  It may wipe out all or a portion of the next year’s projected $40 million surplus that is detailed in the City’s Four Year Budget Outlook.

Krekorian’s real budget nightmare revolves around the decision of the DWP Retirement Board to lower its Investment Rate Assumption to 6.5% from 7%.  If the City lowered this assumption to 6.5%, which it should, it would increase the unfunded liability by an estimated $3-4 billion.

It would also increase the City’s Annual Required Contribution by 25% (or more), or around $300 million (or more), blowing a hole in the City’s Four Year Budget Outlook.

How will Councilman Krekorian, the Budget and Finance Committee, the Nury Martinez led City Council, and Mayor Garcetti address the impact of a lower Investment Rate Assumption?  Will they adopt the 6.5% assumption?  Will the phase in the assumption over time?  Or will they continue to kick the can down the road?

Now is time for the City to establish an independent Pension Commission to review and analyze the City’s two pension plans, to make recommendations to address the very real liabilities of these defined benefit plans (including the lowering of the Investment Rate Assumption to a Warren Buffett recommended 6%), and to improve the transparency into the City two pension plans that have over $50 billion in assets and future liabilities.