LA WATCHDOG--A simple investigation into how much it would cost to implement Councilmember Mitch O’Farrell’s motion to establish Indigenous Peoples Day as a legal holiday in the City of Los Angeles revealed that the average city employee’s fully loaded compensation is in excess of $165,000 a year for each of the City’s 31,000 civilian and sworn employees. 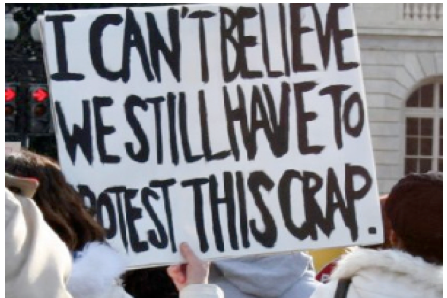 LA WATCHDOG--NIMBY is a pejorative label used by real estate speculators when they are having a hissy fit about local residents fighting their oversized, out of character, luxury developments that will create even more traffic congestion and gridlock, adversely impacting small mom and pop businesses, affordable housing, and the quality of life of the renters and homeowners in the surrounding communities.

LA WATCHDOG--The primary goal of the ballot measure to reform and restructure the governance of our Department of Water and Power is to have the voters of the City of Los Angeles approve a new $221 million DWP Transfer Tax on Ratepayers in the November Presidential election. 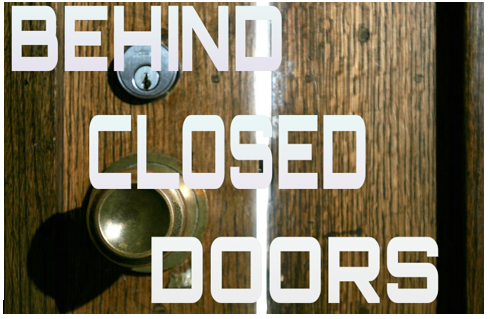 LA WATCHDOG--On January 22, Councilman Felipe Fuentes introduced a motion calling for a 2016 ballot measure to reform and to restructure our Department of Water and Power by creating a full time, professional Board of Commissioners, eliminating civil service for the Department, and placing a cap on the Transfer Fee at the pre Proposition 26 level of $221 million. 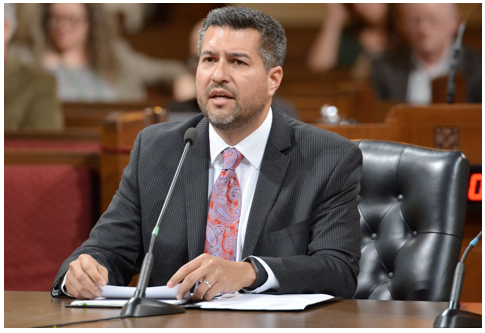 LA WATCHDOG--Our Department of Water and Power cannot get out of the spotlight these days as it has proposed to raise our rates by more than $1 billion over the next five years.  This estimated 22% bump in our rates will also be accompanied by about a $175 to $200 million tax increase based on the less than transparent 8% Transfer Fee and the City Utility Tax.

There have also been calls to reform and restructure the Department by Council Felipe Fuentes, Mayor Eric Garcetti, and others, including Mickey Kantor and Austin Beutner, the co-chairman of the LA 2020 Commission which called for an independent Los Angeles Utility Rate Commission almost two years ago to oversee the Department and its rates, finances, operations, and management.

There are three areas of reform.

The first calls for a more independent Board of Commissioners, free - for the most part - from the counterproductive political meddling by the City Council and Mayor.  This Board would be supported by a more robust Ratepayer Advocate.  However, there are some significant differences between the Fuentes and Garcetti proposals that need to be reconciled by June 17 so that this reform may be placed on the November ballot.

The second reform would establish an independent DWP Personnel Department, free from the stifling City Hall bureaucracy and its restrictive civil service rules.  It may also allow for a more flexible contracting process.

The third and most controversial reform involves the taxes that are paid by the Ratepayers.  The two taxes consist of the City Utility Tax and the 8% Transfer Fee that together are expected to contribute about $640 million to the City’s coffers this year.  However, there is a high probability that the 8% Transfer Fee will be tossed out by the courts.  As a result, Fuentes is proposing lowering the Transfer Fee to $220 million from its current level of $267 million, subject to the approval of the voters.

On the other hand, Kantor and Beutner are proposing to freeze the payments to City Hall at its current level of $640 million which would essentially result in a lowering of the Transfer Fee over time.

But the rate increase and the three reforms are on a very slow boat as Felipe Fuentes has refused to place these individual matters on the agenda of the Energy and Environment Committee.  Rather, it appears that he wants to delay the process by lumping them all together in a big bundle and hold the rate increases, deemed reasonable by the Ratepayers Advocate, and the two non-monetary reforms hostage to voter approval of the $220 million Transfer Tax.

However, at a meeting of the Rules Committee last Friday, City Council President Herb Wesson took control of the process and pledged to have “an open and public conversation about making the City’s utility run more efficiently and effectively while ensuring accountability.” But it remains to be seen if this “outreach” will be a dog and pony show, with the City Council trying to sell us on its already drafted ballot measure that was created behind closed doors by Fuentes with help from IBEW Union Bo$$ d’Arcy.  Or will the City Council and the Mayor enter into a real give and take dialogue with the Ratepayers, the Neighborhood Councils, and other interested parties?

While the increases in our water and power rates are not our idea of a good time, DWP has been open and transparent throughout the process and has made significant concessions, including lowering its rate request and agreeing to measureable goals that are subject to review and analysis by a more robust Ratepayers Advocate.

As such, the Energy and Environment Committee and the City Council should move to approve the rate increases separate and apart from the proposed reforms.  Furthermore, each of the three reforms should be considered separate and distinct and allowed to stand on its own merits.

Holding the rate increases and the non-monetary reforms hostage to the tax increase will backfire, resulting a lose-lose situation, where already skeptical voters will reject these reforms and tax increase because of their contempt for City Hall.

(Jack Humphreville writes LA Watchdog for CityWatch. He is the President of the DWP Advocacy Committee and a member of the Greater Wilshire Neighborhood Council.  Humphreville is the publisher of the Recycler Classifieds -- www.recycler.com. He can be reached at:  lajack@gmail.com) 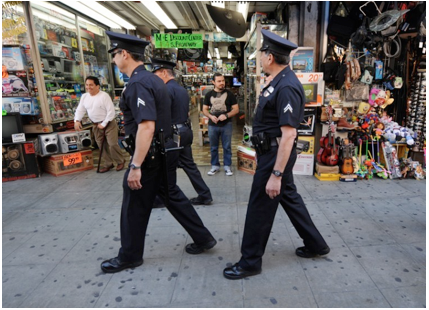 LA WATCHDOG--At the Tuesday morning meeting of the City Council’s Public Safety Committee, Police Chief Charlie Beck told Mitch Englander and his fellow committee members that our Police Department needed to beef up its ranks to 12,500 officers by 2020 to “most effectively protect the City and keep crime down.”

But there was no discussion about the cost of adding 2,500 officers, not an insignificant issue since the City is anticipating years of red ink as a result of the budget busting contract with the City’s civilian workers.

Over the next four years, the City is expected to have a cumulative deficit of over $400 million.  This does not include any additional funds to fund the proposed homeless initiative, the hiring of 5,000 new civilian workers as outlined in the new labor contract with the civilian workers (some of which will replace retiring employees), or the repair and maintenance of our lunar cratered streets.

Assuming that the LAPD could increase the size of the department to 12,500 officers and an all in cost (including pension contributions and healthcare benefits) of $100,000 a year for the new hires, the four year budget deficit would increase by over $600 million, resulting in a $1 billion shortfall over the next four years.

However, it is highly unlikely that the LAPD will be able to hit the 12,500 officer target by 2020 as many experienced veterans will be retiring.  This is compounded by the LAPD’s difficulty in attracting qualified recruits given its poor reputation relative to other law enforcement agencies.

The LAPD has the difficult mission of maintaining public safety.  It also has to report to the Police Commission and the City Council who often second guess the Department, relying on their 20-20 hindsight, especially now the crime rate has spiked and there have been some unfortunate killings of civilians.

The Police Department is also a large, complex organization with almost 14,000 sworn and civilian employees and a budget, including all related costs, of almost $2.6 billion, an amount that may be understated because of all the recent liability claims that have contributed to this year’s budget deficit of almost $100 million.  The department also needs almost $300 million over the next five years to replace old equipment.

As with any large, complex organization, the most important factor is management and its ability to develop and implement a strategy and communicate with its constituency.  But that seems to be lacking at our Police Department as Chief Charlie Beck is under fire by the Department’s union and many members of the minority communities.

That includes many voters who remember his threat that a “minimum of 500 officers that patrol our neighborhoods will be laid off and our historically low crime rates may be in danger” unless the voters approved Proposition A, the proposed permanent half cent increase in our sales tax.  Of course, shortly after Proposition A was rejected by 55% of the voters in March of 2013, Mayor Villaraigosa announced that there would be no layoffs.

The Police Department cannot afford to increase the size of the police force to 12,500 officers unless there is a sizeable tax increase that will most likely be in the range of $500 million.  This equates to a 10% increase in our real estate taxes or a 1% increase in our sales tax.  But Chief Charlie Beck does not have the necessarily credibility with the voters which would result in another failed ballot measure.

Maybe it is time for Chief Charlie Beck to retire.

(Jack Humphreville writes LA Watchdog for CityWatch. He is the President of the DWP Advocacy Committee and a member of the Greater Wilshire Neighborhood Council.  Humphreville is the publisher of the Recycler Classifieds -- www.recycler.com. He can be reached at:  lajack@gmail.com)