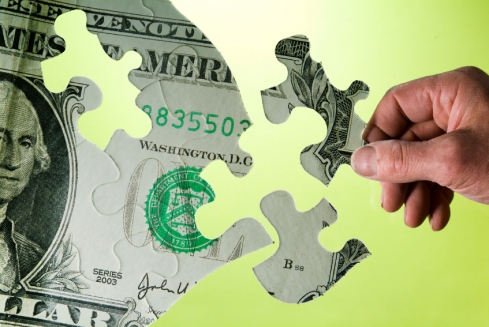 LA'S BUDGET CRISIS - The Mayor and his staff have developed a very good Budget Survey that addresses the issues and choices concerning next year’s budget deficit that is estimated by the City Administrative Officer to be in the range of $200 million to $250 million.

But the Survey does not address the Structural Deficit that is projected to total $911 million over the next four years that is jet propelled by the $740 million increase in employee compensation, pension contributions, and health benefits.

And these projections also assume that City revenues will grow by $565 million, a 13% increase, which, given the current economy, may be a touch optimistic.

Furthermore, the budget deficits for next year and the next four years are significantly understated.

These deficits do not reflect at least $200 million of ill conceived deferrals of police overtime and civilian raises, a grossly negligent policy that is contrary to all Generally Accepted Accounting Principles.

Nor do these projections provide adequate funding for the repair and maintenance of our infrastructure as epitomized by our lunar cratered streets that continue to deteriorate every day.

Nor do these projections reflect the true cost of our pension funds which rely on funny money accounting tricks to lower the City’s annual contribution to the City’s two pension plans.  Despite excellent investment returns last year that exceeded 20%., these pension plans are still underfunded by $9.5 billion (72.6% funded).

Nor do these projections reflect any impact of the potential $750 million liability associated with the Ardon class action suit relating to the illegal telephone users tax.

Nor do these projections consider the impact of Proposition 26 on the $250 million Power System Transfer Fee from our Department of Water and Power to the City’s General Fund.

But the Mayor, and very much to his credit, did address the issue of personnel costs in the Sustainable Workforce section of the Survey.  There are questions relating to pension reform, employee contributions toward health care costs, layoffs, and freezing or lowering salaries.  And these are sure to infuriate the leadership of the City’s unions.

He also raised the issue of Public Private Partnerships where private organizations would collaborate with the City to “preserve and improve municipal services while providing the City with fiscal relief.”

This would most likely result in fewer City employees, again creating ill will within the “City Family.”

And in Budget Priorities, how would you rank “Fiscal Sustainability?” This includes a “Stable Reserve Fund, Streamlined Administration Functions, Alternative Service Delivery Models, Consolidation of Services, and Reform of Employee Compensation, Pension and Benefits.”

And would you rank Fiscal Sustainability ahead of the Police and Fire Departments?

Absolutely, especially if you are concerned about the very solvency of the City!

Unfortunately, the current system is flawed.

All collective bargaining agreements are negotiated behind closed doors by the super secretive Executive Employee Relations Committee (“EERC”), the members of which are the Mayor and four members of the City Council, the City Council President, the heads of the Budget and Personnel Committees, and the President Pro Tempore.

Yet these members of our Elected Elite are also the beneficiaries of the same campaign funding unions that represent the City’s employees, a blatant conflict of interest.

Furthermore, there is no requirement in the City Charter that requires the City to balance its budget or to use Generally Accepted Accounting Principles.  Nor is there any requirement for the City to engage in multiyear budgeting, to maintain and repair its infrastructure, or to fund its pension plans based on reasonable assumptions.

The Mayor has an excellent opportunity to attack the Structural Deficit by establishing, through a structural change in the City’s charter, a Financial Control Board / Citizens Advocate to oversee the City’s finances.  And then, like most $7 billion enterprises, the City would then be required to develop and ADHERE to a Five Year Financial Plan that requires a truly balanced budget based on Generally Accepted Accounting Principles and provides for the proper repair and maintenance of our infrastructure and for the funding of our pension plans based on reasonable investment rate assumptions.

This would allow the Mayor, in the words of a well respected state wide elected official, to “rescue his flawed legacy” over the last year of his eight years in office.

Otherwise, based on the continuing sea of red ink, the failure to provide city services, the $200 million of deferred compensation, the $9.5 billion unfunded pension liability, and our broken infrastructure that will require considerably more that $10 billion in repairs, Mayor Villaraigosa will be appropriately known as The Mayor Who Broke LA.

(Jack Humphreville writes LA Watchdog for CityWatch He is the President of the DWP Advocacy Committee and the Ratepayer Advocate for the Greater Wilshire Neighborhood Council. Humphreville is the publisher of the Recycler -- www.recycler.com. He can be reached at:   lajack@gmail.com) –cw