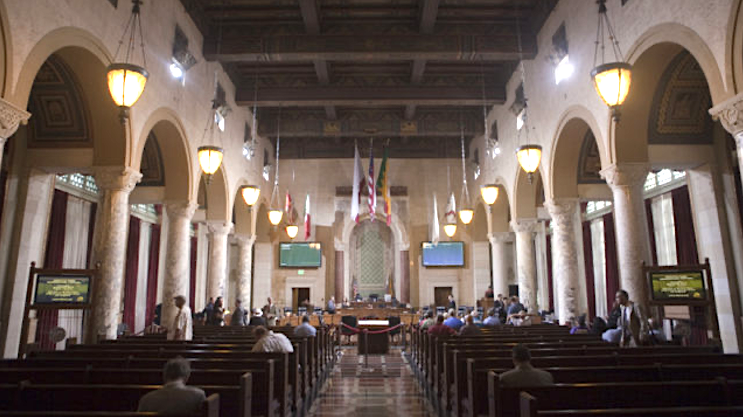 LA WATCHDOG - The Los Angeles Times recommended that the City Council be enlarged to 31 members, an increase from the current level of 15 elected representatives.

This follows the Redistricting Commission’s suggestion to create 22 Council Districts.

By increasing the size of the City Council, Angelenos will have more responsive elected officials because the number of constituents for each district would shrink from 260,000 to 126,000 residents. More council districts will also mean less gerrymandering and allow the districts to better accommodate the “diverse geographic, demographic and social landscapes” of our City’s 3.9 million residents, its 99 neighborhood councils, and 114 distinct neighborhoods that are spread over 460 square miles.

Two major complaints to enlarging the City Council are the extra cost associated with the $224,000 annual salary for each Council Member and the overall cost caused by increased staffing levels.

To overcome these objections, one recommendation is cut the Council Members’ salaries by 50%.  While this reduction would essentially cover the new 16 members, it is a drastic cut that may inhibit qualified people from running for office.  However, rather than cutting their salaries by 50%, a salary of $150,000 is reasonable, especially given the associated medical and retirement benefits.  Besides, the total incremental increase in members’ salaries is only $1.3 million.

As for concerns about an increased bureaucracy, one solution is to freeze the funds allocated to City Council staffs at the current level of $16 million.  So rather than staffs of 20 people, each of the 31 offices would have only 10 staffers.

Another complaint is that we have to put up with 16 more damn politicians.  But by having more representatives, it will diffuse power over a wider base and allow neighborhoods and other community groups to have greater access to their elected officials, lessening the power of special interests.

One of the controversies that will arise with an expanded City Council is how to handle the City Council’s existing discretionary slush funds.  While these funds lack transparency, it is estimated that $25 million a year flow into these slush funds from franchise fees, the sale of surplus real estate, tipping fees, and redevelopment fees.  But rather that divvy up these slush funds that now go to fund pet projects, they should be diverted to the City’s budget.

The expansion of the City Council will require that a majority of voters approve an amendment to the City Charter.  As part of any ballot measure, it may be possible to construct legally binding language that requires the City Council to place on the ballot measures to establish an independent Office of Transparency and Accountability to oversee the City’s budget and finances in real time, to form a Pension Commission that will develop a ballot measure to reform the City’s pension plans and eliminate the unfunded liability over the next 25 years, and to engage in real campaign finance reform.

While there will be many objections to expanding the City Council, especially from the political establishment that is feasting on the City treasury, what we have now is a corrupt organization that caters to special interests and is not responsive to the voters. We cannot continue with business as usual.  It is time for change, beginning with the expansion of the City Council.