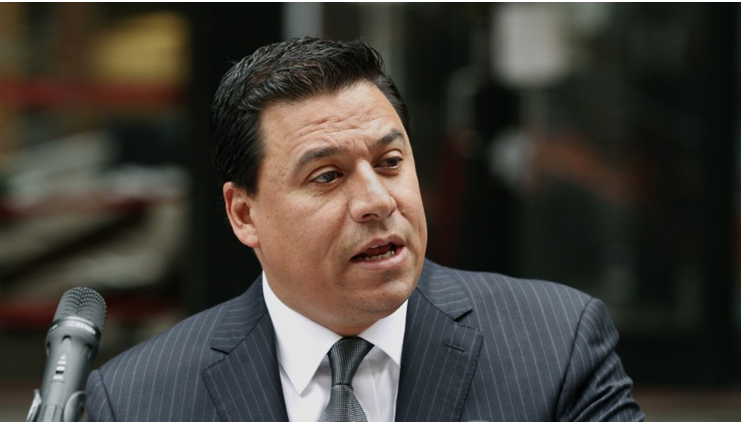 LA WATCHDOG - Former City Councilman Jose Huizar has been indicted on federal racketeering charges in connection with his shakedown of real estate developers in a $1.5 million pay-to-play scheme.

Rather than pleading guilty like fellow Councilman Mitch Englander, Huizar has decided to take his chances in court despite overwhelming evidence that he had his hand in the cookie jar.

Huizar is now seeking to have the charges against him dismissed, claiming, among other things, that the US Attorney’s Office is confusing personal favors as bribes. Rather, Huizar claims he was “an evangelist for robust development,” fueling the growth of downtown Los Angeles with benefits that spilt over to other parts of the City, including Boyle Heights.

In what sounds like a threat to the political establishment, Huizar’s attorneys claim that his “ability to raise money from developers helped to fund not only homeless initiatives, but the campaigns of some of the most prominent local, state, and national politicians.”

While the public defenders that are representing Huizar are throwing a lot of spaghetti and meatballs at the wall and hoping some of it sticks, the US Attorney’s Office are battle tested professionals and would not have indicted Huizar on 41 counts of racketeering unless they had a solid case.  Furthermore, they have extracted guilty pleas from four individuals who were involved in the pay-to-play corruption.

While there is no excuse for Huizar’s criminal actions that add to our lack of trust in City Hall, the $1.5 million is chump change compared to other stunts pulled by City Hall.  In particular, in 2019, Mayor Eric Garcetti and Councilman Paul Koretz, the chair of the City Council’s Personnel Committee, orchestrated the approval of new labor agreements with the police and firefighters that blew a $1.5 billion hole in the City’s budget over the following four years.  This is 1,000 times greater that Huizar’s pay-to-play scheme, but Garcetti and wannabe controller Koretz, both beholden to the campaign funding leaders of the public sector unions, are not being held to account for selling out four million Angelenos.

While it is tempting to send Huizar to the slammer and throw away the keys, if Huizar has any brains, he will plead guilty and cooperate with the federal and state officials in exposing the rampant corruption that occupies City Hall, ranging from real estate developers engaging in questionable practices, the awarding of contracts to special interests or those with political connections, and to the corrosive power of the campaign funding leaders of the public sector unions.

Huizar’s motion to dismiss is scheduled for November 15.  His trial date is set for May 24, 2022. Sentencing for the four bagmen, Justin Kim, George Chiang, George Esparza, and Morrie Goldman, has been pushed back to as far as September of 2022.