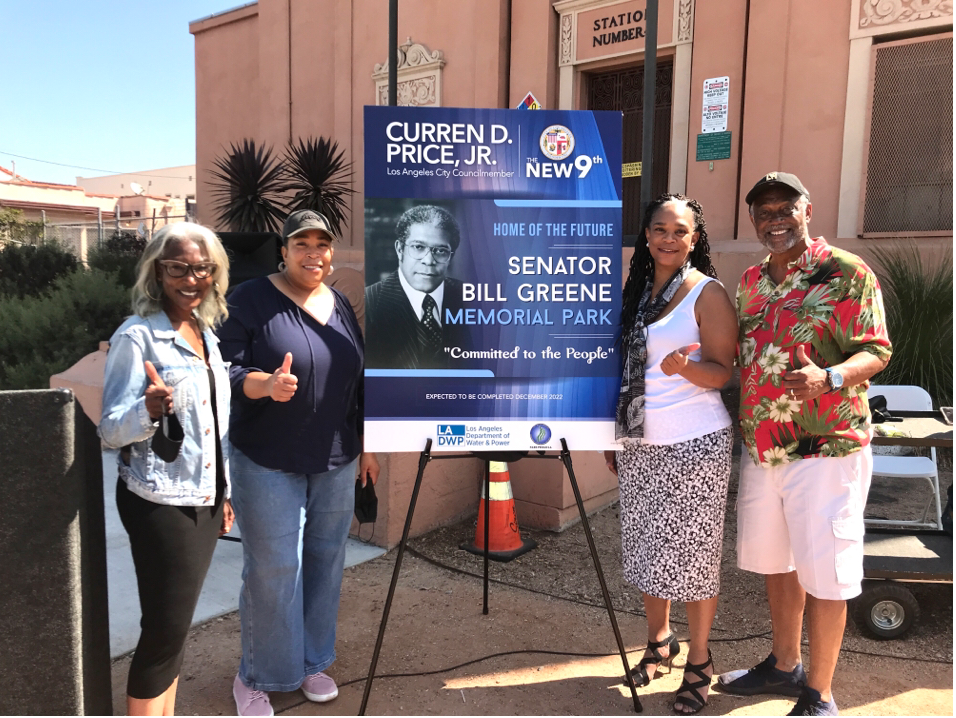 LA WATCHDOG-Everybody loves trees and green space, especially in crowded, disadvantaged neighborhoods of the City where there is a scarcity of parks, recreational opportunities, and open space.

But this is not the responsibility of the Department of Water and Power and its Ratepayers.

As part of the City’s plan for park equity, Councilman Curren Price and DWP Board of Commissioners President Cynthia McClain-Hill announced a partnership to build a new park on a vacant 20,000 square foot lot located at the corner of Figueroa and Slauson in South Los Angeles. This parcel is owned by the Department of Water and Power and was the site of the Figueroa Pump Station that was taken out of service in 1959 and subsequently demolished.

According to last week’s announcement, construction is expected to begin in mid-2022 and be completed in December of 2022 at a cost of $3.6 million. However, Price and McClain-Hill have indicated that this multimillion-dollar bill will be footed by DWP and its Ratepayers.

However, the development, operation, financing, and maintenance of this as well as other parks is the responsibility of the City and the Department of Recreation and Parks, not DWP and its Ratepayers. As it is, Ratepayers are doing more than their fair share and will contribute over $650 million to the City’s General Fund this year through the Electricity Users Tax ($428 million) and the Power Revenue Transfer Tax ($226 million).

To the contrary, the City should pay the Department the fair market value for this 20,000 square foot parcel as determined by an independent appraiser. Otherwise, the City, thanks to Councilman Price and the DWP Board of Commissioners, is levying an additional, and possibly illegal, tax of $3.6 million on the Ratepayers.