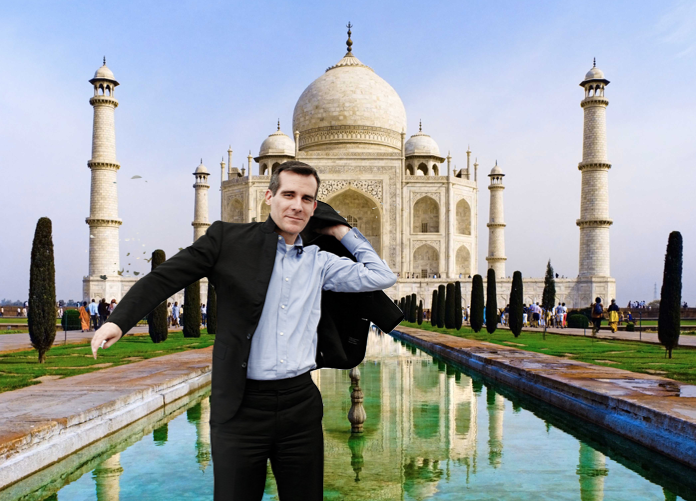 LA WATCHDOG-Reliable sources in Washington are saying that the Biden administration is having second thoughts about appointing Los Angeles Mayor Eric Garcetti to be the country’s Ambassador to India, a country of increasing strategic importance to the United States in its efforts to curtail the political and economic influence of the People’s Republic of China.

Underlying these doubts are questions regarding the outcome of the continuing investigation into the pay-to-play corruption scandal involving real estate developers dependent on favors from City Hall.  To a lesser extent, at least for the time being, there is the fallout from the sexual harassment lawsuit filed by an LAPD officer who alleges that Garcetti failed to address the inappropriate behavior of one of his top lieutenants.

This begs the questions: Is Garcetti worth the risk? Will appointing Garcetti come back and bite the administration in the butt?

In November of 2018, the FBI and the IRS raided the office and home of then Councilman Jose Huizar.  Since that time, the United States Attorney’s Office has had a field day, issuing numerous indictments, extracting confessions or fines from many participants, sending Councilman Mitch Englander to jail, and indicting Garcetti’s former Deputy Mayor Ray Chan and the not so honorable Jose Huizar. But this may not be the end of the story because the US Attorney is still conducting an ongoing investigation into City Hall corruption.

What is Garcetti’s role, if any, in this corruption scandal?  Did he have knowledge of the shady dealings at City Hall?  If he did not, then he is a fool because there were so many telltale signs that corruption was rampant.  And if he did, then he was complicit in the coverup.  And since Garcetti is no fool, especially since he represented the developers’ paradise of Hollywood when he was on the City Council for twelve years, he must have known what the hell was going on.

This begs the questions: Are more indictments coming?  And will they implicate Garcetti?

In July of 2020, Mathew Garza, an LAPD officer assigned to Garcetti’s security detail, filed a lawsuit against the City alleging that Rick Jacobs, a top Garcetti aide, sexually harassed him and that Garcetti witnessed the inappropriate behavior and failed to stop it.  Of course, Garcetti denied the allegations.

However, as the case has moved through the discovery phase, Garcetti denied making the comment: “I can’t believe Rick worked out at City Hall and that we got through it without a lawsuit.” Others claim he did.  This raises the question of possible perjury.

Discovery has also revealed that Garcetti fostered a “toxic” office environment as witnessed by the recent suspension of his chief of staff for making inappropriate remarks about important Democratic and Latino politicians in a private Facebook group.

Will there be more unflattering disclosures from the Garza lawsuit?  Will the case go to court? Will the City be forced to settle? And what are the monetary damages, if any?

There are other issues that should concern the Biden administration, including the City’s out of control homeless crisis that has spiraled out of control on Garcetti’s watch.

Mr. Biden, do yourself a favor.  Garcetti does not have the chops to serve as the ambassador to India, an integral part of the nation’s strategy to deal with the China menace.  If he is not Cabinet material, he is not qualified to be an ambassador.  He is also a high-risk appointment with a huge downside.  Let him continue to screw up LA, not the country.