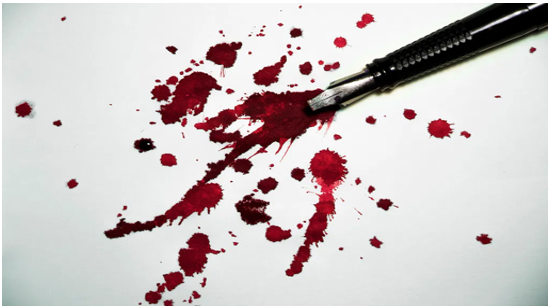 LA WATCHDOG-The City Council and its lack of financial discipline have once again created a Structural Deficit, where the increase in spending is greater than the growth of tax revenues.

This is despite a cash infusion from the Federal government of almost $1.3 billion that allowed the City to stabilize its finances. But it was not to be.

Mayor Garcetti’s Proposed Budget projected a four-year cumulative surplus of $264 million. But this surplus has vanished, resulting in a deficit of $286 million, a swing of $550 million. This will result in a significant loss of services, whether it be the repair and maintenance of our streets and sidewalks, the revitalization of the urban forest and the Los Angeles River, or the cleaning up of our parks and their filthy bathrooms.

At the same time, these financial wizards raided the Reserve Fund, reducing it to $500 million (6.8% of General Fund revenues of a record $7.5 billion) from $700 million (almost 10%, the City’s stated goal).

While the upcoming fiscal year that begins on July 1 is balanced, the projected shortfall for the following year (2022-23) is $261 million. This is almost double the $138 million deficit that was projected back in April in the Mayor’s Proposed Budget. But this $261 million budget gap may be understated by as much of $150 million because there will be considerable pressure to continue some programs and initiatives that are being financed by one time revenue from Washington.

The four-year budget shortfall of $286 million does NOT reflect salary increases from new labor agreement which will cost over an estimated $400 million. This increases the four-year budget gap to $700 million. And this does not include adequate funding to repair and maintain the City’s infrastructure ($250 million a year) or to properly fund the City’s two pension plans that are under water by $15 billion ($500 million a year).

The fiscal irresponsibility of the City Council and Mayor Garcetti (he approved the budget) demands reform of the City’s budgeting process. This includes implementing the recommendations of the LA 2020 Commission for an Office of Transparency and Accountability to oversee the City’s budget and finances in real time and the formation of a pension commission to make recommendations on how to eliminate the unfunded liabilities, the equivalent of debt.

The Neighborhood Council Budget Advocates have also recommended that labor negotiations be open and transparent and that any new labor agreements not result in any budget deficit, unlike the situation in October of 2019 where new labor agreements with police and firefighters resulted in cumulative deficit exceeding $1.2 billion.

While the City Council and the Mayor (whoever that may be) will not endorse reform because their unwillingness to antagonize the campaign funding leaders of the City’s public sector labor unions, we can send a powerful message by rejecting any tax increases that are placed on the ballot by City in 2022. Some of us may have the opportunity to sign the recall petitions for Councilmembers Bonin and Raman, both of whom were unabashed supporters of increased spending.

As part of its Official Statement for the annual issuance of its Tax and Revenue Anticipation Notes, the City has updated its Information Statement. This 96-page document contains the City’s Four Year Budget Outlook and gives a comprehensive picture of the City’s finances without political spin because it is subject to review by the Securities and Exchange Commission and therefore must be “true and complete in all material respects.” Warning: it is very boring, even for budget and policy wonks, and can easily put you into a deep sleep