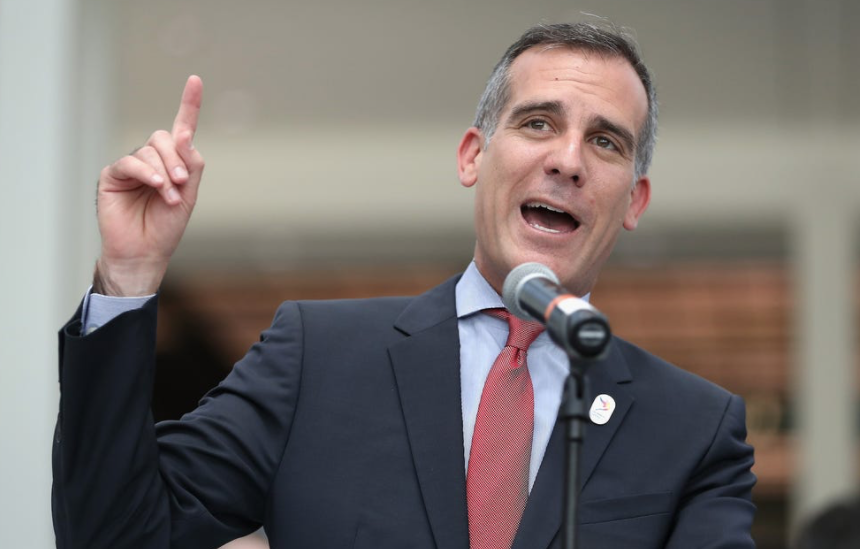 LA WATCHDOG-One of Mayor Eric Garcetti’s Back to Basic Priorities was for the City to “Live Within Its Financial Means.”

Unfortunately, over the past twenty years as an elected official, including twelve years on the City Council (six as its President) and eight as Mayor, Garcetti has placed his personal and political priorities ahead of the best interests of the City and Angelenos.  Rather, he has favored the City’s public sector unions by approving numerous budget busting labor agreements that were negotiated behind closed doors and jammed through the City Council without adequate hearings.

In October of 2019, the City approved new unsustainable labor agreements with the police and firefighters that blew a $150 million hole in the 2019-20 balanced budget and resulted in annual deficits of $200 to $400 million over the next four years.  And these contracts were approved even though the Mayor and City Council knew that these new agreements would result in a river of red ink.

Garcetti has also refused to address the City’s two pension plans that have an unfunded liability exceeding $15 billion.  Furthermore, the annual required contributions are growing faster than revenues, devouring over 20% of the normalized General Fund budget, crowding out basic services such as the repair and maintenance of our streets and parks.

In 2014, shortly after Garcetti was sworn in as mayor, the LA 2020 Commission recommended the formation of a pension commission to review and analyze the City’s two pension plans and make recommendations to stabilize these plans.  Despite his repeated statements to do so, we are still waiting, in large part because Garcetti did not want to antagonize the public sector unions who have a very sweet deal that is costing us an arm and a leg.

Garcetti is expecting to leave for India on a high note.  The City’s budget in excellent shape because of the $1.3 billion infusion of cash from the Federal government.  This allowed the City to build up its Reserve Fund to almost $700 million, equal to 9.5% of General Fund revenue, just shy of the 10% goal.

But there are storm clouds on the horizon.  While the Mayor and the City Council approved a record $7.5 billion General Fund budget, our leaders raided the Reserve Fund for almost $200 million.  The City is projecting a $138 million deficit for the following year (2022-23), an amount that will probably double based on comments by the City Administrative Officer. In addition, the City will most likely approve new labor agreements in 2023 and 2024 that will once again result in deficits that will needed to be funded by tapping the Reserve Fund.

The City will also have to address the ever increasing demands of the underfunded pension plans and the need to repair and maintain the City’s streets, sidewalks, parks, and the rest of its deteriorating infrastructure that have been neglected by City’s Chief Executive Officer, Eric Garcetti.

As a result of Garcetti’s failed leadership, the City is once again looking at a Structural Deficit, where expenditures increase faster than revenues, a Service Deficit where Angelenos basic needs are neglected, and Intergenerational Theft where the City dumps billions of liabilities on the next generations of Angelenos.