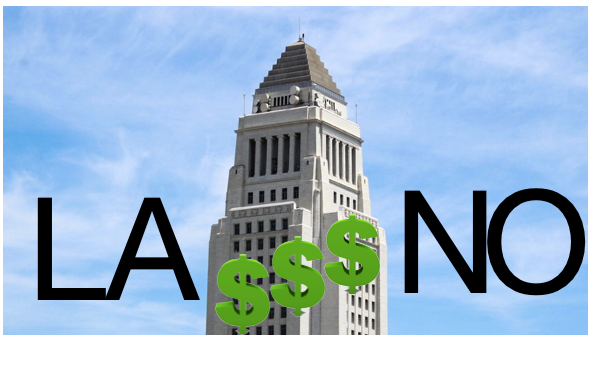 The Mayor and the City Council have approved a record General Fund budget of $7.5 billion for the fiscal year that begins on July 1.  This budget is benefiting from $640 million from Washington’s American Rescue Plan and a transfer of $85 million from the Reserve Fund.

While the City is swimming in cash, there are major problems on the horizon as the City is projecting a deficit of $138 million for the following fiscal year that begins on July 1, 2022.  There is also a high probability that this deficit will increase because the City will want to continue some of the programs that are being financed by one time revenues.

The City Council also raided the Reserve Fund, reducing its balance from almost $700 million in the Mayor’s Proposed Budget to $510 million, $240 million below its targeted rate of $750 million, an amount equal to 10% of the City’s General Fund revenues.  So much for saving for a rainy day.

An interesting case study is the Department of Recreation and Parks.  Under the City’s “full cost recovery” policy that applied only to the Library and Rec & Parks, both charter funded departments, Rec & Parks has been dinged for $750 million since 2011.  This includes almost $100 million for the upcoming year.  This has resulted in severe cutbacks in recreational programing and in maintenance of our parks as the number of these positions has been reduced by 30%.

The poor condition of our parks was the topic of a 2017 audit authorized by Controller Ron Galperin where the consultant discussed Angeleno’s concerns about their personal safety and the poorly maintained facilities, especially the bathrooms. And while City revenues under Garcetti were up almost $2 billion prior to Covid, very little was directed to restoring programming or to maintaining the parks and their facilities.

In the upcoming year, Rec & Parks budget will be allocated $263 million from the General Fund, $25 million more than the Charter mandated appropriation.  In addition, the Department will receive an additional $75 million for deferred maintenance of its facilities.  Overall, this $100 million essentially offsets the $100 million paid to the City under the “full cost recovery” policy.

But will these funds be available to the Department in the following years, especially given the pressure that homeless encampments are placing on parks and the need for recreational facilities for our underserved communities.  And if so, what will be the source of funding?

The situation surrounding Rec & Parks will be played out in many other departments and create additional pressures on the budget and, unfortunately, on our underfunded Reserve Fund.

We will have a better understanding of City’s upcoming budget and the Four Year Budget Outlook (2022-2026) by the end of the month when the City issues its Official Statement in connection with the offering of almost $1.9 billion in Tax and Revenue Anticipation Notes.  These funds will be used to prepay pension contributions of $1.32 billion and provide $600 million of working capital to cover expenses during the first seven months (July to January) of the fiscal year.

Stay tuned. But be prepared to watch the City Council plunder the Reserve Fund.

(Jack Humphreville writes LA Watchdog for CityWatch. He is the President of the DWP Advocacy Committee and is the Budget and DWP representative for the Greater Wilshire Neighborhood Council.  He is a Neighborhood Council Budget Advocate.  He can be reached at:  [email protected])