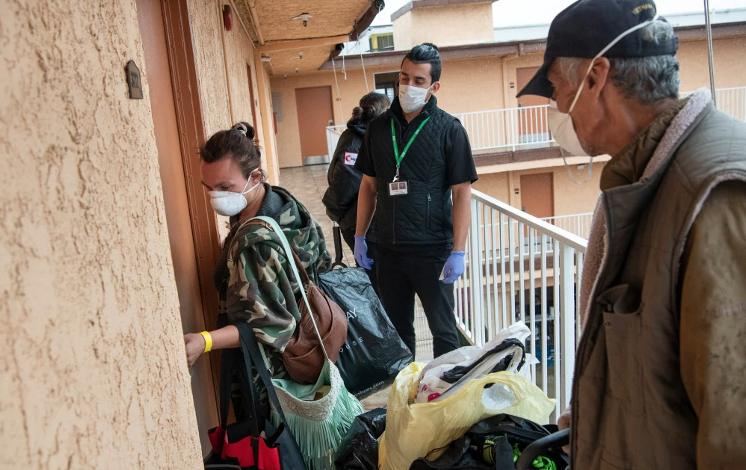 But this does not give the City the right to commandeer hotel and motel rooms for use as homeless housing or to seize an apartment complex through eminent domain at prices that are less than fair market value.

As part of the City’s effort to renew and expand Project RoomKey, Councilmembers Mike Bonin and Nithya Raman instructed the City Attorney to report on what steps need to be taken to “begin commandeering hotels and motels for use as homeless housing.”

In response, City Attorney Mike Feuer confirmed that the “Mayor’s emergency powers grant him the authority to commandeer private property for public use when needed for the protection of life, and to bind the City to pay fair market value to compensate the property owner.”

But Feuer fails to define what is an emergency. Nor does he discuss the potential financial liabilities, the potential legal fees, the moral hazards, and the impact on the City’s reputation associated with the commandeering of private property, all of which may be substantial.

In any case, commandeering hotel rooms should only be used as a last resort, especially if it involves the three and four star hotels that are located near the Convention Center.  And while these owners have received very generous tax breaks from the hotel tax, they have deep pockets to fund protracted litigation and sophisticated public relations departments to trash the City and its elected officials.

The City is also considering acquiring by eminent domain the Hillside Villa Apartments, a 124-unit complex located in Chinatown, with the stated goal of preserving affordable housing.  But the owner, who is now able to charge market rents since the original affordable housing covenant has expired, is not a willing seller, even at the $46 million price ($370,000 a unit) suggested by Councilman Gil Cedillo.   Of course, this assumes that our cash starved City that is staring down the barrel at a billion dollar shortfall next fiscal year can even raise the necessary funds.

Once again, the City is playing with fire if it decides to purchase Hillside Villa through eminent domain.  In this case, the City may be better off by negotiating the payment of the rent differential to the owner so that the existing tenants will not be evicted.

In any case, the use of eminent domain by the City of Los Angeles for whatever reason is ill advised despite the accompanying political sound bites.  It will result in massive litigation sponsored by not only the owners of the hotels, motels, and apartment buildings, but by the true, well-funded believers in the right of private property. And the price will reflect the fair market value using assumptions that favor the property owners.

The City of Los Angeles has too much on its plate as it is.  It does not need to be involved in protracted, controversial, and expensive litigation that will turn into a three-ring circus.