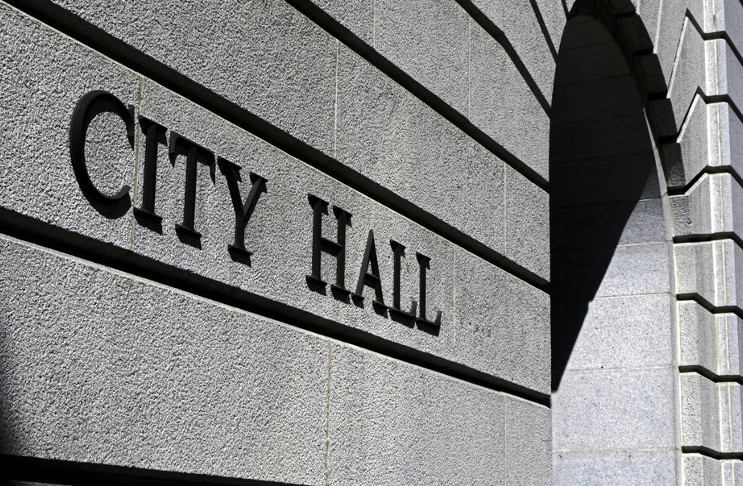 WHO’S WHATCHING THE WATCHDOG?-A recent LA Times report adds fuel to the suspicions of some City Hall observers that the City Ethics Commission, instead of being a fierce watchdog of the public interest, is too often a myopic, fearful lapdog.

The latest dangers signs were contained in a March 2018 email obtained by the Times. According to that email, the commissioner’s former executive director, Heather Holt, allegedly told her staff that an unnamed City Councilmember had warned that the agency’s funding was in jeopardy if its five-member governing body – all appointees of elected officials – dared to strengthen rules limiting lawmakers’ ability to accept gifts from those doing business at City Hall.

“Heather then asked if ‘anyone was willing to lose their job over this,’” Alexandria Latragna, the agency’s former ethics manager, wrote in an email chronicling the staff meeting with Holt.

The Ethic Commission’s current executive director, David Tristan, sought to deny Latragna’s allegation, telling the Times the commission “always provides sound advice,” an answer that dodges the pregnant question of whether Holt did or did not warn her staff to back off from considering any new stringent gift rules. Also unanswered by the Times was whether Tristan was a participant in the meeting Latragna described.

Latragna’s allegation, whether true or not, opens a Pandora’s box of valid questions about the Ethics Commission, an agency created in the wake of scandals in the 1980s. After several encounters with it, I think the following reforms of the commission should be considered:

Such reforms, like the one that created the Ethics Commission in the first place, would undoubtedly require amending the City Charter.

The current situation that gave rise to the recent Times story has a déjà vu element to it. In 2010, as a reporter for Fox 11 News, I broke stories about then-Mayor Villaraigosa receiving gifts of tickets to front-row seats at scores and scores of events at the Staples Center, including Lakers games. Meanwhile other major developments, including a football stadium and entertainment complex, adjacent to Staples and potentially complementary to its profitability, were bubbling in the background.

Under these circumstances, it was highly problematic that Villaraigosa should be basking in tens of thousands of dollars of gifts from those connected to the Staples Center. Eventually the mayor was fined $42,000 for failing to report the gifts - but not for accepting them.

The flap about Villaraigosa’s ticket-bonanza was sufficiently hot that the Ethics Commission decided to jump in. The commission studied, studied and studied again the idea of tightening the rules. But eventually it did nothing. Sounds familiar to the scenario painted by Latragna.

My second disappointing encounter with the commission was in 2013 when I prepared a conflict- of-interest complaint alleging Raymond Chan, then acting head of the city’s Department of Building and Safety, had violated various ethics rules. My investigations had revealed Chan’s son, a first-year law student at Southwestern School of Law, secured a highly unusual (for a first-year law student) paying job at the law firm of Sheppard Mullin whose attorneys were lobbyists for the infamous Millennium project in Hollywood. (My client at the time was a group opposed to the project; the complaint was signed by George Abrahams, a cofounder of StoptheMillennium).

The kicker was that Chan, while his family was enjoying a subsidy provided by Millennium’s lobbyists, was supposed to be the public’s watchdog and ensuring that the Millennium project could be safely built. Not surprisingly, the geologists hired by Millennium could find no evidence of an earthquake fault anywhere near the project, and Chan’s department was okay with that finding. Meanwhile, compelling evidence to the contrary was ignored by Chan’s department. Armed with a clean bill of health, the Millennium project’s land-use approvals sailed through the City Council.

The optics were not pretty. Chan’s department did a whitewash job of vetting the earthquake threat to the proposed Millennium project while his son was on the payroll of the Millennium lobbyist.

Meanwhile, our ethics complaint fell on deaf ears, for the Ethics Commission failed to take any public action to discipline Chan. Big surprise again: Mayor Garcetti was so unfazed by the complaint that he twice promoted Chan afterward; in 2017 Chan retired as one Garcetti’s deputy mayors, leaving with Garcetti’s effusive praise for his public service. In 2020 Chan was indicted on charges RICO conspiracy, bribery, honest services fraud and lying to federal agents as part of the ongoing FBI investigation of City Hall corruption.

It should be noted that our complaint also included allegations Chan engaged in a campaign finance money laundering scheme wherein he used his law school son as the conduit for making contributions (that city rules forbade Chan senior to make) to various city elected officials, including to the mayoral campaigns of Garcetti and Wendy Gruel. Just how committed was Chan’s son to dabbling in politics? Records showed the son, while living with his parents in Monterey Park, was not even registered to vote when he allegedly contributed to a half dozen Los Angeles city politicians.

In effect, these encounters with the city Ethics Commission have demonstrated to me that the commission needs a major overhaul. In its current configuration it is far too susceptible to being intimidated by those who appoint its commissioners, control its budget and decide the salaries of its employees. We need a real watchdog, not a lapdog, Ethics Commission.

(John Schwada, of MediaFix Associates, is an occasional contributor to CityWatch. He is a former investigative reporter for Fox 11 in Los Angeles, the LA Times and the late Herald Examiner.)