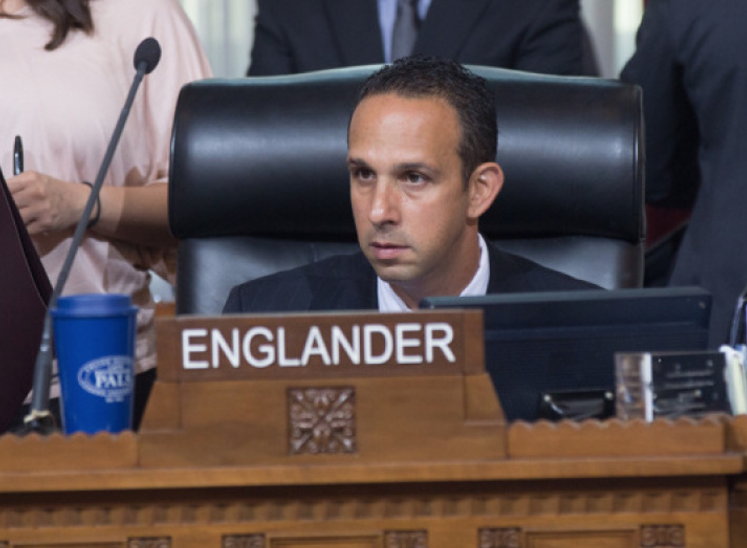 Since that time, the U.S. Attorney’s Office has charged nine individuals in connection with its ongoing criminal investigation into the pay-to-play corruption scandal enveloping Los Angeles City Hall.  But we have seen very little, if any, effort to address this cancer and its underlying symptoms, in large part because of lack of political will on the part of Mayor Eric Garcetti and City Attorney Mike Feuer to take on the most corrupt City Council in the history of Los Angeles.

On Monday, the first shoe dropped as former City Councilman Mitch Englander was sentenced to 14 months in jail (no doubt a Club Fed, not hard time) and a $15,000 fine in connection with his guilty plea in March to one count of scheming to falsify material facts.  But this felon, who betrayed the public’s trust, deserved a much harsher sentence: three years in prison, a $250,000 fine, and the forfeiture of his pension, ironically a 2014 recommendation by Englander.

While Englander and Huizar were caught with their hands in the cookie jar, Garcetti and Feuer have been missing in action, failing to protect Angelenos from additional shenanigans by the City Council and the campaign financing real estate developers who continue to line their pockets at our expense.

Why hasn’t City Attorney Mike Feuer launched litigation to revoke building permits of real estate developers whose projects are tainted with corruption.  This includes, among others, the Luxe City Center Hotel (Shenzhen Hazens) and Carmel Partners’ 35 story luxury high rise at 520 Avenue in the low rise Arts District?  And why hasn’t Feuer been on his high horse advocating for reform like he has done on numerous other occasions? Or is afraid of alienating the Nury Martinez led City Council and damaging his 2022 campaign for Mayor?

The failure of Garcetti and Feuer to use their offices to push the most corrupt City Council in the history of Los Angeles to clean up its act makes them as guilty as Englander and Huizar.  And when it comes to the ballot, whether it is for a measure to raise our taxes or to vote for wannabe mayor Feuer, we will remember their dereliction of duty in not pushing the Nury Martinez led City Council to adopt needed reforms, whether it be to adopting David Ryu’s motions or campaign finance and ethics reform.