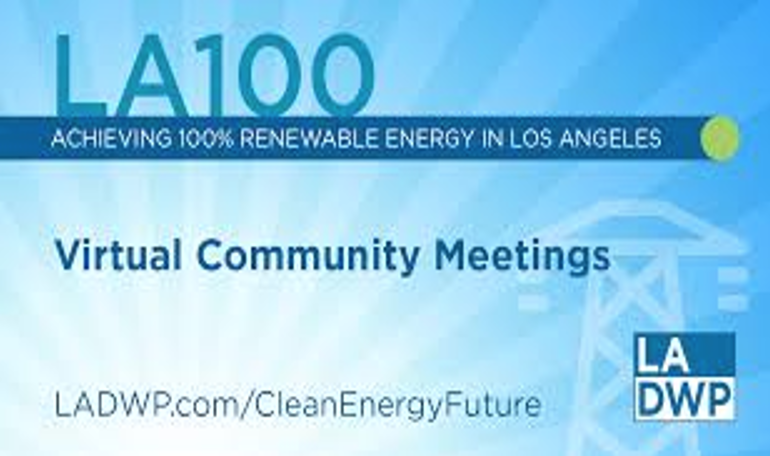 LA WATCHDOG--Our Department of Water and Power will be hosting a series of virtual community meetings this week to discuss LA 100, its plan to achieve 100% renewable energy by 2045, and the updating of the Urban Water Management Plan (“UWMP”) and its goal to increase local supplies.

While these two plans have involved a considerable amount of work on the part of the Department and its consultants, there is one major problem. They fail to discuss the considerable impact on our power and water rates and the overall impact on our bimonthly bill.  And given the high level of debt for both the Water and Power Systems, the hit to our wallets will be even more devastating.

LA 100 is an ambitious endeavor.  It not only transforms DWP’s existing system, but includes the electrification of the building and transportation sectors of the City’s economy.  This will increase the overall demand for electricity by an estimated 50%.

Given LA 100’s complexity, the Department retained the highly respected National Renewable Energy Laboratory to develop alternative plans that considered the impact on air quality, public health, jobs, affordability, roof top solar, and, most importantly, reliability. This raises the question of whether 90% renewables is an acceptable level, especially given the lowering of emissions from the building and transportation sectors, because we cannot afford to have the lights go out.

Overall, LA 100 will cost between $50 and $80 billion, a significant portion of which will be paid for in cash financed through rates that will increase significantly faster than inflation and wages.  It also assumes that the Department has the engineering and management talent to bring this project in on time and on budget.  However, it does not include the upgrading of the existing distribution system and other initiatives and programs that will cost tens of billions.

One of the major goals of the 2021 UWMP is to develop a strategy to have local sources supply over 70% of the City’s needs.  This will require ambitious programs involving stormwater capture, recycled water, conservation, the cleanup of polluted ground basins, and groundwater replenishment.  Taken together, it is a costly undertaking.  And like the Power System, Water is also highly leveraged which means a considerable portion of the capital expenditures will be financed directly through increased rates.

Not included in the upcoming UWMP is the plan for the $8 billion Hyperion wastewater treatment plant that will convert wastewater into almost 200,000 acre feet of potable water suitable for drinking, otherwise known as “toilet to tap.” This represents about 35% of the City’s annual consumption.  But this 16 year project has the potential to double or triple our real rates when adjusted for inflation and needs to be an integral part of the UWMP.

Our Department of Water and Power must be open and transparent about the impact of these ambitious plans on our water and power rates, even if they are rough estimates.

Over the last decade, DWP, its management, and the Ratepayers Advocate have made considerable progress in earning our trust and confidence.  Don’t blow it.

The following is information about the virtual community meetings.  Please click through for more information and links to the meetings.