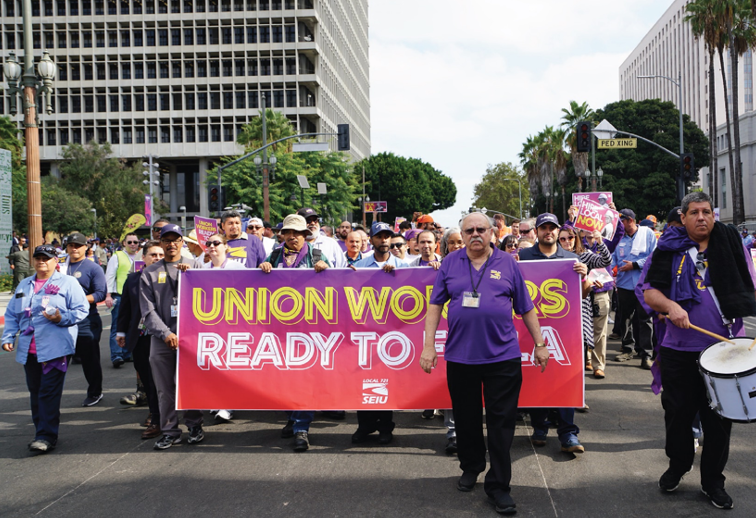 LA WATCHDOG--Despite the fact that Los Angeles is facing a $700 million “budget gap” this year, our cash starved City has managed to blow an estimated $250 million in its effort to overcome union objections to the planned furloughs for 15,000 civilian employees.

(See photo above)   These furloughs were part of the Mayor’s Proposed Budget designed to fund a portion of the huge deficits caused by the 2019 budget busting labor agreements with the police and firefighters that were approved by Mayor Garcetti and the City Council knowing damn well these agreements would create a river of red ink for years to come.

To help offset the elimination of the 26 days of furloughs for 15,000 civilian employees, the City approved the Separation Incentive Program.  Under this program, almost 1,400 eligible employees will receive an average of $70,000 to take early retirement, of which $10,000 will be paid this fiscal year and the balance in the fiscal year beginning on July 1, 2021.  This will result in a cash drain of almost $100 million from November to August of next year.

Unfortunately, the savings under the Separation Incentive Program for this fiscal year will amount to only $2.6 million according to the City Administrative Officer, peanuts compared to the $140 million in planned furloughs that have not been implemented, and significantly below early estimates.

As part of this early retirement program, the City is required to pony up for all the accrued vacation and sick days for the retiring employees. This will require the City to make additional cash payments of between $25 million and $50 million.

Furthermore, to help fund the elimination of the furloughs, the City has commandeered $40 million of the $150 million diverted from the Police Department that was intended for investments in the underserved communities.

The City will also need to fund “over-expenditures” of at least $60 million relative to its budget for employees who were not furloughed as planned, but remained on the payroll.  This includes not only salaries, but generous healthcare benefits and pension contributions.

Despite all this, the City may still furlough civilian employees for up to 11 days in 2021.

And you can just imagine the unions’ reactions when the City calls for furloughs and layoffs that will be needed to balance the budget for this year and next year.

In addition to the cash drain, there is also a brain drain where many experienced employees with managerial skills and institutional know how will be departing at a time when they are needed to help the City overcome its $700 million “budget gap.”  This is reminiscent of the 2009 Early Retirement Incentive Program that depleted the ranks of senior employees, a loss that continued to plague the City for the next decade.

The Mayor, the City Council, and the City Administrative Officer need to come clean on the cost of the plan to eliminate $140 million of furloughs, including an analysis and justification of the Separation Incentive Program which is just another giveaway to the campaign funding leaders of the City’s public sector unions.