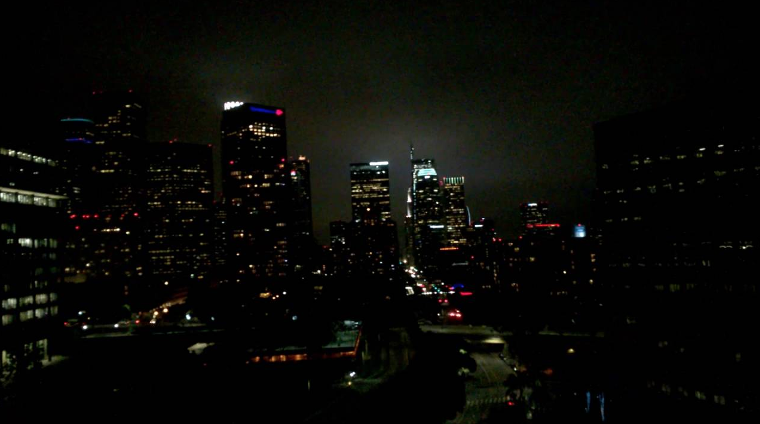 LA WATCHDOG--You can imagine the fun the late night talk show hosts will have if the characters in Los Angeles have to live and work in the dark because of blackouts caused by the lack of renewable power.

But then again, Angelenos will be spared from this ridicule because our televisions, without electricity, will not be able to tune into the late night jesters.

And just imagine the devastating impact on our economy as businesses pack their bags and take their jobs to a more stable environment.

On Tuesday, the Energy, Climate Change, and Environmental Justice Committee of the City Council moved that the Department of Water and Power “report back with a plan and timeline for decommissioning the Valley Generating Station,” a natural gas fired 567 megawatt facility located in Sun Valley that serves 460,000 Angelenos.

This report and the ensuing discussions will showcase the differences between the Department of Water and Power whose main concern is reliability, the environmental purists who want to shut down all of DWP’s in basin gas fired facilities as soon as possible, and Ratepayers who are worried about the impact of all the environmental mandates dictated by our politicians on their wallets.

DWP’s four in basin gas fired facilities (Scattergood, Haynes, Harbor, and Valley) were instrumental in keeping the lights on when wildfires knocked out for six weeks key transmission lines that imported power into the City.  Without them, we would have experienced numerous and long duration blackouts.  And as we all know, wildfires will continue to be a fact of life in California.

We will also need to rely on these facilities for at least another decade as DWP phases out its coal fired facility in Utah by 2025 and meets increased demand because of the electrification of the transportation and building sectors of our economy.  At the same time, the Department will be increasing the use of intermittent renewable energy that is not be 100% reliable.  This will require DWP to extend the life of its three coastal gas fired facilities and the Valley Generating Station, much to the horror of the green community. But the net result will be a significant decrease in overall emissions from all sectors of our economy.

Any analysis should not dwell on the 100% elimination of fossil fuels, but the overall reduction of emissions from the power, transportation, and building sectors of our City and at the same time, ensuring the reliability of the power system.

The transformation of the City’s energy sector is going to be very expensive, especially if the environmentalists insist on eliminating the last 10% of the use of fossil fuels (also referred to as the last mile).  At the same time, our water bills will balloon because the high operating and capital costs associated with the $8 billion Hyperion recycled water facility.

There needs to be a reasonable balance between reliability, the lowering of emissions, and the impact on Ratepayers.