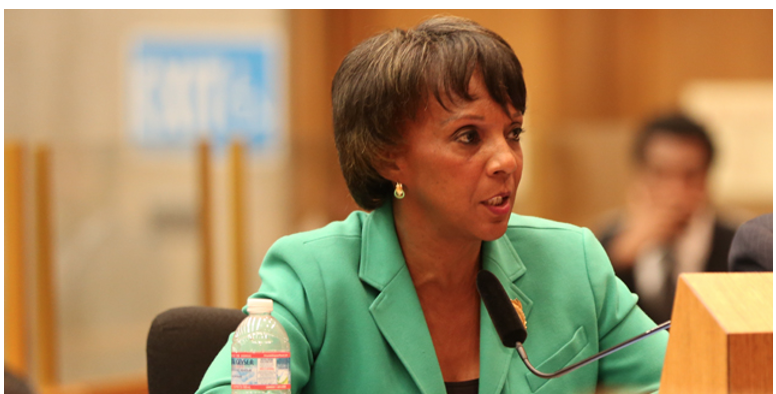 Jackie Lacey has been an excellent District Attorney, managing her office efficiently without a political agenda.  She has introduced numerous reforms while working constructively with the County’s Board of Supervisors.  Gascon and his progressive policies, on the other hand, are considered to be the major reason behind the dramatic decrease in the quality of life in San Francisco because of the resulting increase in crime, homelessness, public defecation, and drug addiction. So much so that the Mayor of San Francisco has endorsed Lacey.

In the City of Los Angeles, Councilman David Ryu is in a runoff with Nithya Raman who endorsed the Peoples’ Budget which essentially calls for defunding the Police Department at the same time that crime is increasing throughout the City.

There are also four ballot measures that involve public safety, County Measure J and Propositions 17, 20, and 25.

County Measure J (Community Investment and Alternatives to Incarceration, Minimum County Budget Allocation) is a charter amendment that would set aside no less than 10% of the county’s locally generated unrestricted revenues to be devoted to community investment and alternatives to incarceration.  However, this measure was placed on the ballot at the last minute without adequate consideration as to the impact on public safety and the Sheriff’s Department.  Furthermore, this charter amendment is not necessary because the Supervisors have the authority to allocate the unrestricted revenues as they deem appropriate.

Proposition 20 (Restricts Parole for Certain Offenses Currently Considered to be Non-Violent.  Authorizes Felony Sentences for Certain Offenses Currently Treated as Misdemeanors) would reverse some of the overly lenient provisions of Propositions 47 (2014) and 57 (2016).  Changes would include defining theft related crimes as felonies, tightening parole standards, and allowing the collection of DNA samples from adults convicted of certain misdemeanors such as shoplifting and certain domestic violence crimes.

Proposition 25 (Referendum on Law that Replaced Money Bail with System Based on Public Safety and Flight Risk) would approve a law that replaced the money bail system and limited detention of persons in jail for most misdemeanors.  But this is just another get out of jail free card that will allow bad guys to be out on the street.

Proposition 17 (Restores the Right to Vote after Completion of Prison Term) would allow parolees who have completed their prison time to vote.  But parole is an integral part of the punishment for crimes committed.

Some of the policies of the progressive agenda involving crime and incarceration have merit, especially those relating to mental health and Police Department staffing.  But many jeopardize public safety, especially now when crime is on the uptick.  That is why we need to re-elect Jackie Lacey as District Attorney and David Ryu as Los Angeles City Councilman and vote Yes on Proposition 20 (Felonies).  Both Proposition 17 (Parole) and Proposition 25 (Cash Bail) deserve No votes, but these two measures are in many ways a coin toss.