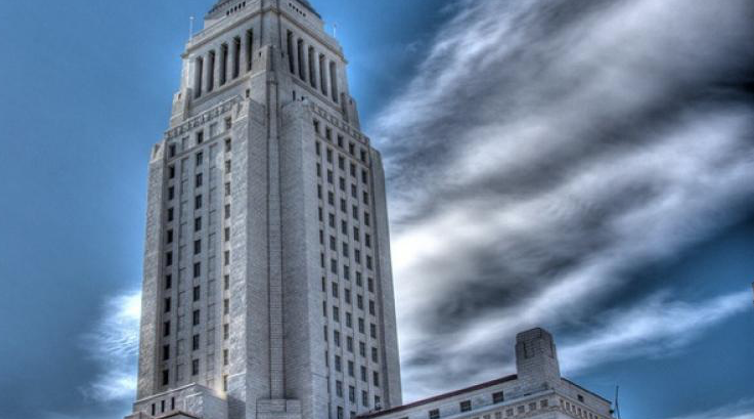 LA WATCHDOG--The City of Los Angeles cannot stay out of the news unless it is engaged in a cover up.

On Wednesday, the US Attorney announced that a US based subsidiary of China based Shenzhen Hazens entered into a three year Non-Prosecution Agreement and agreed to pay $1.05 million to “resolve an investigation into the company’s conduct with public officials in the City of Los Angeles, including bribery, honest services fraud, and foreign and conduit campaign contributions.”  The company also agreed to cooperate with the FBI’s ongoing public corruption probe. This will result in more perp walks.

Also on Wednesday, an Op-Ed piece in the Los Angeles Times, How to Block City Council Corruption, by former City insiders, Rick Cole, Gail Goldberg, and Bud Ovrum, recommended the establishment of an independent commission to develop a comprehensive approach to planning that severely limits the ability of the City Council to meddle in planning decisions because the Councilmembers are the “real problem.”

The City has also been ordered to pay $2.5 million to PricewaterhouseCoopers by a Superior Court judge in connection with the litigation involving the consulting firm’s role in the botched roll out of the Department of Water and Power’s customer billing system.   The judge cited the “serious abuse of discovery by the City and its counsel” that merited “considerable sanctions.”  It renews the demand for the resignation of wannabe mayor, City Attorney Mike Feuer.  And more than likely, Feuer will stick the DWP Ratepayers with the bill?

The City is once again modifying its furlough program.  In April, the Mayor’s Proposed Budget called for $150 million in furloughs for 15,000 civilian employees.  But because of union objected to 26 days of furloughs, our cash strapped City agreed to spend an estimated $85 million on the Separation Incentive Program to entice eligible employees to take early retirement. But this program was a bust, a waste of money, and required the City to allocate up $40 million from the LAPD and called for 18 furlough days. But now, as result of pressure by the civilian unions, the City is calling for only one furlough day prior to December 31, one other day in 2021, and the possibility of nine more days in 2021. This begs the question: how will the City finance the elimination of $150 million in furloughs.

Easy.  Hope that Biden wins, the Senate flips, and there is a windfall from Washington.

But even then, there is a huge timing issue as the Federal government is not known for its rapid decision making.

What we have not read in the Los Angeles Times or the Daily News is how the City will balance this year’s budget shortfall that is expected to be over $400 million as a result of the negative impact of Covid-19 on the City’s seven economically sensitive taxes. And it must be done over the next eight months.

Since personnel costs (salaries, benefits, and pension contributions) are the City’s major expense, will the Mayor and City Council endorse a policy of furloughs and layoffs despite the objections of the public sector unions, including those that represent the police and firefighters?

Stay tuned.  It will not be pretty.