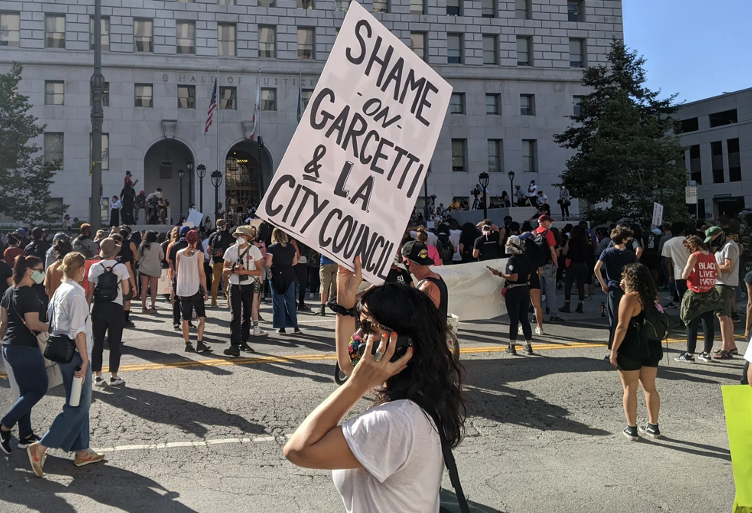 LA WATCHDOG--In his recent Update on the Status of City Finances, the City Administrative Officer estimated that “2020-21 revenue could fall short of budget by $200 million to $400 million.”

This shortfall does not include the impact of unreimbursed expenditures caused by Covid-19 on the budget. This implies a deficit in excess of $200 to $400 million that must be addressed by the Mayor and City Council.

However, for the past six months, Mayor Garcetti, Council President Nury Martinez, Budget and Finance Chair Paul Krekorian, and Personnel Committee Chair and wannabe Controller Paul Koretz have not taken any meaningful actions to address the Covid-19 budget deficit.  Nor have they tackled the Structural Deficit for the next four years that is projected to be in the range of $800 million before considering the impact of Covid-19 on the City’s seven economically sensitive taxes.

Over the last six months, the revenue shortfall has approached $300 million.  This includes $200 million for the last four months of Fiscal Year 2019-20 and $87 million for the first two months (July and August) of this fiscal year. If this trend continues, the budget shortfall could well exceed $400 million, possibly in the range of $500 to $600 million, if not hundreds of millions more.

At the same time, the City’s Reserve Fund is under pressure.  As of June 30, the balance was $263 million, an amount equal to 3.9% of the General Fund, more than 20% below the minimum level of 5%. But how long will the Reserve Fund be able to offset the continuing revenue shortfalls and increased Covid-19 related expenditures?

The Mayor has requested that the Personnel Department and the City Administrative Officer begin the “necessary preparations for a potential layoff scenario” and that CAO “work with our Labor Partners to develop potential cost savings proposals, including but not limited to the deferral or cancellation of previously negotiated salary increases.”

But talk is not action.  The Mayor and the City Council have been in denial for the last six months, afraid to tackle the pressing financial issues for fear of alienating the campaign funding leaders of the City’s public sector unions.  But this head in the sand routine cannot continue.  Rather, the City needs to assume a worst case scenario where revenues do not bounce back to normal levels and to take the appropriate steps to balance budget, even if it means layoffs, furloughs, and the deferral or cancellation of budget busting raises for civilian and sworn (police and firefighters) employees.

As City Hall addresses the half billion-dollar (or more) budget deficit, our elected officials must embrace transparency.  This would include, among others, monthly updates on revenues, especially those of the seven economically sensitive taxes, the status of the Reserve Fund, the status of the budget deficit, and an updated Four-Year Budget Outlook.  We also need to know the current status of any labor negotiations because the Mayor and City Council have consistently placed the financial priorities of its unions above the best interests of Angelenos.

Finally, the Mayor, the City Council, the City Legislative Analyst, and the City Administrative Officer should follow the advice of Controller Ron Galperin: plan for the worst and hope for the best.