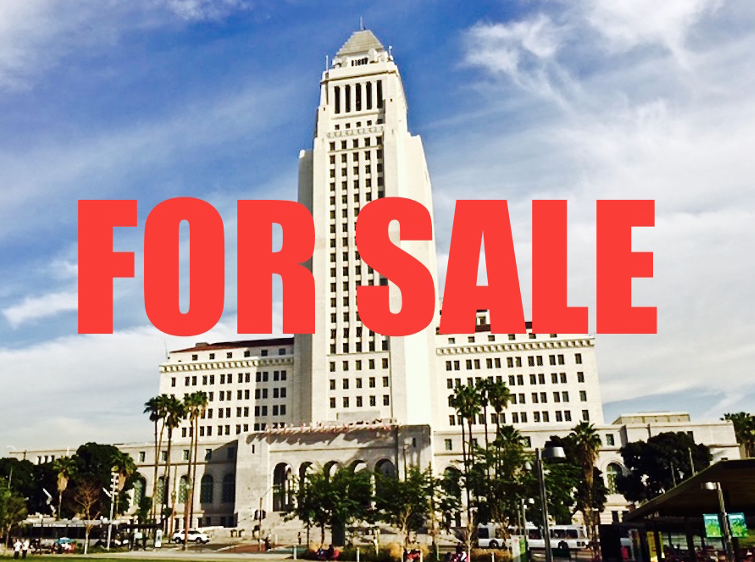 Goldman has agreed to plead guilty and cooperate with the government’s ongoing investigation.

Underlying this charge was Goldman’s role as the middleman, facilitating payments from his client, Carmel Partners, the San Francisco developer of 520 Mateo Street, a 35 story, 485,000 square foot mixed used development in the low rise Arts District, to a Political Action Committee (“PAC”) designed to finance the campaign of Richelle Huizar for the Los Angeles City Council.  The plan was for her to succeed her husband, Councilman Jose Huizar, perpetuating Jose Huizar’s “criminal enterprise” for another three terms, or twelve years.

In return for its contributions to a PAC controlled by Huizar, Carmel Partners received the go ahead to build an out of character 370 foot tall erection, over three times as tall as the next highest building in the Arts District, with 475 residential units and 125,000 square feet of commercial space.

Money talked.  The scheme to increase the building’s height, limit affordable housing, and deny LUINA’s CEQA appeal was successful.  On October 16, 2018, the Planning and Land Use Management Committee of the City Council unanimously approved the development.  Voting in favor were Councilmen Blumenfield, Harris-Dawson, Price, and Huizar, the chair of the committee.

And on October 31, the full City Council unanimously approved the up zoned Mateo Street project without any discussion.

But how could the members of the City Council and the Mayor not know that the Mateo Street development reeked of corruption.  Height limits disregarded.  Affordability requirements more than cut in half.  And the denial of LUINA’s appeal of the Environmental Impact Report.  Give me a break.

But this whole dirty deal began to unravel when the FBI raided Huizar’s home and offices on November 7, 2018.  And when the Feds filed the first of their six complaints on March 19, 2020 against bagman Justin Kim and five others, including Jose Huizar, the spaghetti and meatballs really hit the fan.

It has been almost two years since the Huizar raid.  It has been over five months since the Kim indictment.  But what has the City Council and Mayor Garcetti done to address corruption at City Hall other than to turn City Hall into a barnyard with its rhetoric.  Nothing.

No wonder Angelenos believe that the City Council and Mayor Garcetti comprise the most corrupt City Hall in the history of Los Angeles.  Come to think of it, maybe the Feds should indict the Mayor and the City Council for aiding and abetting Huizar’s “criminal enterprise.”

As part of his plea agreement, Morrie Goldman agreed to cooperate with the government’s ongoing investigation into corruption at City Hall.  Just imagine what this 30-year veteran of City Hall will tell the Feds to cut his jail time.

There will be more indictments arising out of the federal government’s ongoing investigation into corruption at City Hall.  More than likely, the suspended executive of Carmel Partners will be named in a criminal complaint.  The Feds may even conclude that Carmel Partners is a criminal enterprise.

Carmel Partners claims to know nothing.  Baloney.  More than likely, political contributions are part of its standard operating procedure, especially in corrupt Los Angeles where it has numerous high-rise developments, including the controversial Cumulus development in Herb Wesson’s Council District.  If the City Council and the Mayor had any sense of honesty, they would implement David Ryu’s proposal to establish an independent Office of Anti-Corruption and Transparency to investigate every development, past present, and future, of Carmel Partners in the City of Los Angeles.