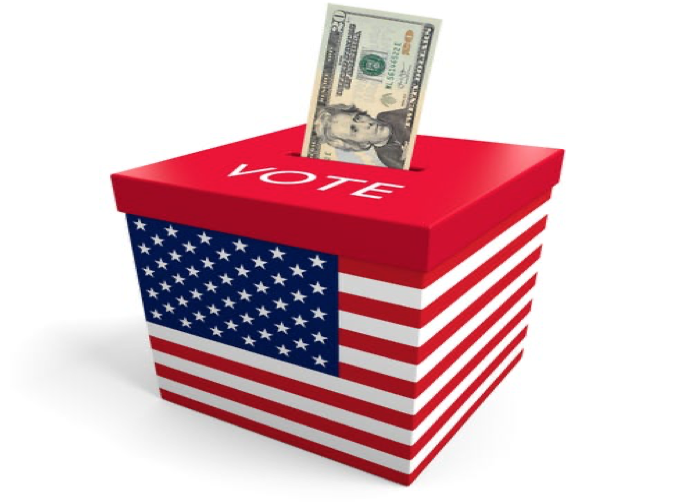 LA WATCHDOG--The courts have ruled “use of the public treasury to mount an election campaign which attempts to influence the resolution of issues which our Constitution leaves to the ‘free election’ of the people … presents a serious threat to the integrity of the electoral process.”

The Fair Political Practices Commission (“FPPC”) has approved a $1.35 million settlement with the Los Angeles County Board of Supervisors over the County’s illegal use of almost $1 million in County funds to promote Measure H, the March 2017 ballot measure to increase our sales tax by ¼% to fund services for the homeless. Measure H, the Sales Tax for Homeless Services and Prevention, was approved by over 69% of the voters, exceeding the two-thirds requirement for approval.

Of the $1.35 million that will paid by the County and its taxpayers, $600,000 will go to the State, $150,000 will pay for legal fees of the Howard Jarvis Taxpayers Association (“HJTA”) which filed the civil lawsuit, and $600,000 to HJTA to establish its Public Integrity Project that will “provide an additional enforcement tool against the illegal expenditures of public funds.”

This settlement, over three years after the fact, is barely a slap on the wrist and will do little to deter the illegal use of government funds.

For openers, this fine should not be paid by the County and its taxpayers, but by the Supervisors personally who engaged in this illegal behavior that was orchestrated by Supervisor Mark Ridley-Thomas, a candidate for the Los Angeles City Council.

The Supervisors should also face criminal charges for their intentional malfeasance with the possibility of jail time as well as substantial fines.

Finally, while it is impossible to determine the impact of the illegal expenditures on the election outcome, the election results are tainted and should be declared null and void.

Unfortunately, the election corruption associated with Measure H is not an isolated incident.  The FPPC is investigating the County’s illegal use of public funds to promote the passage of Measure W in November of 2018, a $300 million a year parcel tax to fund the County’s stormwater capture program.  This parcel tax was approved by 69% of the voters.

There were also allegations that Metro used public funds to promote Measure M, a ballot measure approved by 71% of the voters in 2016 that raised our sales tax by ½% to finance Metro’s ambitious transportation program.

And now the Los Angeles Unified School District, in connection with its November ballot measure to authorize $7 billion in bonds, is considering spending approximately $1 million to undertake “an informational, non-advocacy, civic engagements effort” to provide “non-biased information” to voters.

Some will say that personal liability, criminal charges, and voiding/overturning a ballot measure approved by the voters is overkill.  But in this time of pay-to-play corruption and election shenanigans, many will say that our politicians and their cronies need to realize that there are real consequences for their malfeasance.