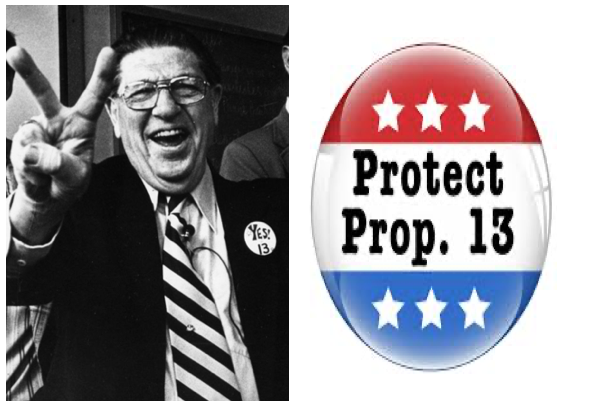 LA WATCHDOG--Mayor Eric Garcetti and numerous members of the Los Angeles City Council want us to approve the Split Roll by voting yes on Proposition 15.

This would amend Proposition 13 to allow commercial and industrial properties to be taxed based on their current market value as opposed to the current practice based on the purchase price of the property plus appreciation of no more than 2% a year.

If the voters approve the Proposition 15 (The California Schools and Local Communities Funding Act) in November, taxes on commercial and industrial properties will increase by an estimated $12 billion statewide. Of this amount, an estimated $300 million will flow into the City’s coffers. No wonder Garcetti and the City Council want us to approve Proposition 15.

However, while this will be advertised as a tax on commercial and industrial properties, rest assured that this increase will be passed along to Angelenos and all Californians through higher prices for goods and services.

But why are we willing to reward the most corrupt City Council in the history of Los Angeles for its bad behavior?

Over the last four months, we have seen five indictments in the pay-to-play corruption scandal, led by Councilmen Jose Huizar who sold the City out to unscrupulous real developers and billboard operators who reaped billions in additional profits.  And more indictments are expected as the Feds continue their “ongoing investigation into corruption” at City Hall.

The Mayor and the other members of the City Council have expressed shock.  But they damn well knew what the hell was going on as they voted without a peep for Huizar sponsored developments that did not pass the smell test.

The City Council refused to implement real campaign finance reform.  They refused to place on the ballot a measure to limit their ability to determine variances and zoning.  They refused to police their own.  And they continue to do nothing other than blow hot air in our faces.

The Mayor and the members of the City Council will say that they are shocked by the corruption of their comrades. But remember Warren Buffett’s quote when commenting on the scandal involving Wells Fargo: “What you find is there’s never just one cockroach in the kitchen when your start looking around.”

The City’s budget and finances are also plagued by corruption.  Over the past nine months, the Mayor and the City Council gave away the City to the campaign funding leaders of the City’s public sector unions representing the police, the firefighters, and civilian workers. The result was that the new budget busting labor agreements blew a $1.6 billion hole in the City’s finances over the next five years.

And earlier this month, the Mayor and the City Council approved the Separation Incentive Program demanded by the leadership of the City’s civilian unions.  This program is designed to lessen the impact of furloughs that were necessary to eliminate the deficit caused by the new labor agreements. This deal will cost the City an estimated $157 million over the next two years, money the City does not have, especially now given the impact of the virus on the city’s revenues.

Will we reward pay-to-play corruption?  Fiscal irresponsibility? The lack of transparency? The failure to reform?

Vote NO on Proposition 15.  Send a loud and clear message to the most corrupt City Council in the history of Los Angeles.

[Note: This is the first in a series of articles on efforts to amend and dilute Proposition 13, a landmark measure that continues to protect property owners from our fiscally irresponsible elected officials and their cronies.]