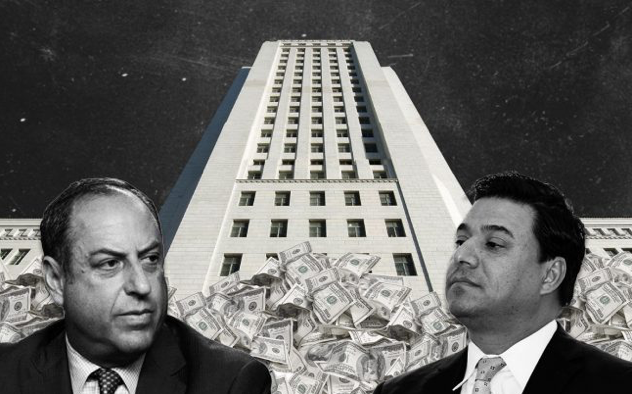 LA WATCHDOG--Carmel Partners, a San Francisco based real estate management firm that develops and owns residential real estate, and its 35 story luxury high rise at 520 Mateo Street in the Arts District were prominently mentioned in the FBI’s affidavit filed in connection with the recent arrest of Councilman Jose Huizar.

According to the FBI, Carmel, working under the direction of its lobbyist, Morrie Goldman, contributed more than $100,000 to political action committees controlled by Huizar in exchange for valuable concessions.

These included allowing the Carmel to erect a 475-unit residential skyscraper in a traditionally low-rise neighborhood.  Carmel was able to reduce the number of affordable units from 11% for “very low income” households to 6% for “moderate income” residents.  Huizar also made the objections of a labor union disappear.  All this created huge incremental value for Carmel.

But now Carmel Partners is in the hot seat.

Carmel has no option other than to cooperate with the authorities since it relies on its reputation to raise money from its investors, many of whom are public pension funds, institutional investors, or family offices who run from controversy, no matter how good the returns on investment.

Only last year, Carmel closed on a $1.28 billion fund to invest in multifamily projects in supply-constrained markets, high barrier-to-entry markets like Los Angeles.  Since 2004, Carmel has raised almost $5.5 billion from limited partners in the USA, Europe, and Asia. Since its founding in 1996, Carmel has invested in over 41,000 apartments with an estimated value in excess of $12 billion.

According to Emily Alert Reyes of the Los Angeles Times, Carmel has placed one of its executives on leave.  In its defense, the firm said that there were “numerous false and/or misleading conclusions, suppositions, innuendos and opinions in the complaint” and that development would have proceeded based on its own merits.

Nevertheless, Carmel will have to cooperate, in large part because the City can play hard ball and allege that the payments were illegal and therefore void any previous agreements with the firm.  This would include deals on the San Mateo project, but possibly others such as the controversial, out of character, high rise Cumulus development in Herb Wesson’s Council District.  Including San Mateo, Carmel owns over 4,000 units in the City.

According to The Times, Carmel is exploring legal action against Morrie Goldman, its lobbyist, who was the middleman between the Carmel executive and Huizar.  And if Goldman rolls over under the threat of financial ruin by Carmel and of the federal penitentiary by FBI, he would be a fountain of sleaze that would no doubt implicate others in City Hall who damn well knew that Huizar and others were up to their eyeballs in pay-to-play corruption.