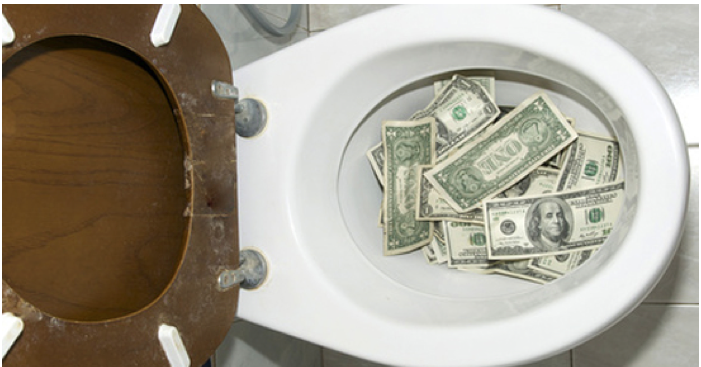 LA WATCHDOG--The short term and long term financial outlook for the City of Los Angeles is only getting worse according to the City’s Preliminary Official Statement for the issuance of up to $1.85 billion of Tax and Revenue Anticipation Notes.

The proceeds of this offering will be used to prepay about $1.3 billion in required pension contributions.  The balance, $550 million, will be used to fund the City’s operations for the next seven months until the revenue from property taxes hit the books. This increase of $100 million from last year is intended to fund virus related expenses (hopefully reimbursable from the State or Washington) and, in the short term, to cover virus related revenue losses from the City’s seven economically sensitive taxes.

As a result of the budget busting labor agreements that were approved by Mayor Eric Garcetti and the Herb Wesson led City Council, the City’s budget for this fiscal year was in the red.  This deficit was compounded by the impact of the virus on the City’s seven economically sensitive taxes, resulting in the need to drain the Reserve Fund by almost $300 million.

The Reserve Fund is now anticipated to be less than $100 million, or 1.5% of General Fund revenues, significantly less than the 5% level ($325 million) called for by the City’s financial policies and down from its previous level of over $400 million.

The Mayor’s Proposed Budget for the upcoming fiscal year beginning on July 1 has been adopted as placeholder budget by the City Council.  But this make believe budget is subject to change since revenues are expected to be $200 to $400 million lower than the $6.7 billion anticipated by the Mayor. This will require additional furloughs, massive cuts in Departmental budgets (including the Police Department), and possibly layoffs.

Over the following four years (2022-25), the City Administrative Officer is now projecting a four year cumulative deficit of $765 million. But this Structural Deficit is understated because it does not include raises for City workers for the last three years.  If modest raises are assumed, the four year deficit increases to almost $1.3 billion.

These deficits are understated because they do not include any impact of the virus on revenues or expenditures, which, in defense of the CAO, are very difficult to estimate with any precision.  Nevertheless, they will have a negative impact on the City budget.

The Structural Deficit is further impacted by the need to build up its reserves, repair and maintain its streets and the rest of its deteriorating infrastructure, and properly finance its two underfunded pension plans.  These will increase the four year Structural Deficit to $4.5 billion.

While the Budget and Finance Committee, the City Council, and the Mayor are working behind closed doors with the leaders of the public sector unions to balance the upcoming budget that is being slammed by unsustainable labor agreements and the adverse impact of the virus on City revenues, they should also be focusing on eliminating the Structural Deficit and the long term financial health of the City and the impact of Intergenerational Theft on the next two or three generations of Angelenos in an open and transparent environment.