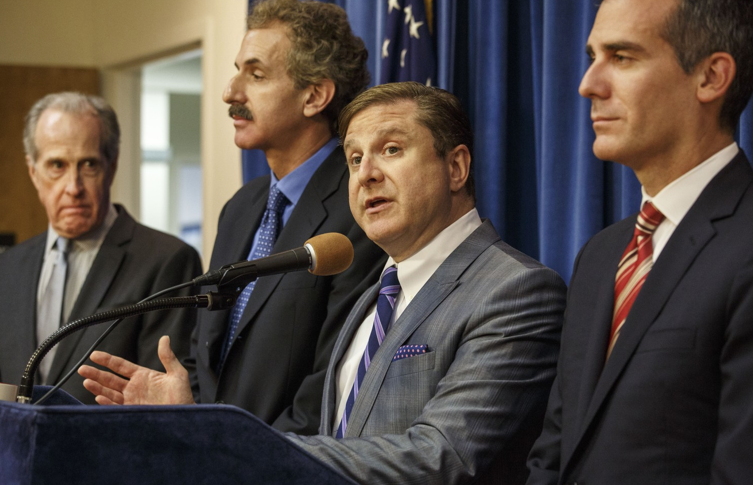 Over the last seven years, the City has experienced record revenues, up almost $2 billion (40%).  And yet prior to the impact of the Virus, the City was projecting a budget deficit of $200 million for the upcoming year as a result of City Hall’s approval of budget busting labor agreements for the police, the firefighters, and civilian workers.

This fiscal mismanagement left the City unprepared for a recession, to say nothing of the black swan pandemic which has shut down the City.

Talk about the lack of trust!

The revenues for the Mayor’s Proposed Budget may be optimistic, especially when compared to the estimates prepared by Ron Galperin who has earned out trust over the last seven years.

Galperin’s developed three scenarios, high, middle, and low, the major variables being the when the shutdown is lifted and the return of tourism.  In all three cases, the City’s estimated revenue exceeds Galperin’s revised forecasts by $66 million, $220 million, and $470 million, respectively.

It is very possible that the City is being too optimistic.  In its Four-Year General Fund Budget Outlook, the City is forecasting a $275 million (4.1%) increase in revenues for the 2021-22 fiscal year.  However, the revenue estimate of $6.96 billion exceeds last year’s forecast by $75 million, a major leap of faith in this economic environment.

The major difference between the Proposed Budget and the Galperin estimates is revenues associated with Licenses, Permits, Fees, and Fines which covers internal transfers from special categories and departments to the General Fund.  The city is projecting a $108 million increase while Galperin is projecting a modest increase of $23 million to a decrease of $127 million.  This revenue stream will need further analysis, especially given the self-dealing nature of the transfers.

Based on the differences in the revenue projections and Angelenos’ lack of trust in the political establishment, the City would be prudent to abide by the maxim: Plan for the worst, hope for the best.