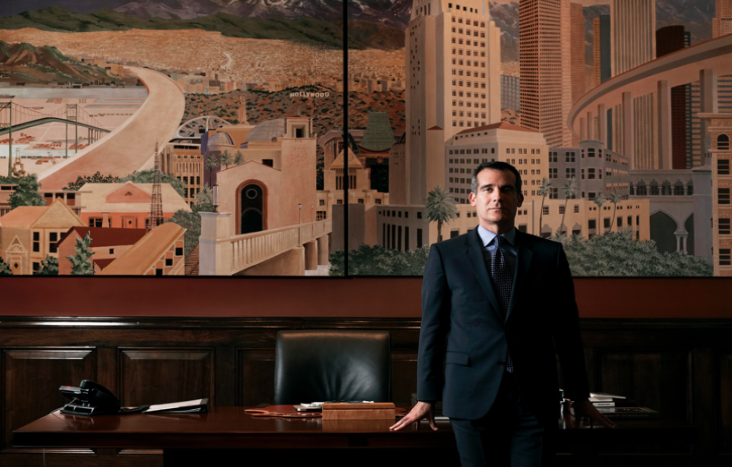 LA WATCHDOG--Over the last month, Mayor Eric Garcetti has done an excellent job of communicating with Angelenos about the Virus and what we need to do to stay safe and healthy.

His nightly briefings are almost “Must See TV” for many of us who have been cooped up in our homes for the last month.

Garcetti has explained to us why we need to wash our hands for twenty seconds.  Why we need to flatten the curve.  Why the shutdown of restaurants, bars, and movie theatres.  Why we need to practice social distancing and stay in our homes.  Why the closing of beach parking lots and hiking trails.  Why we all need to walk counterclockwise around the Silver Lake Reservoir.  Why we need to wear masks or bandanas when we venture out in public.  And why the Safe at Home order has been extended to May 15.

The Mayor’s successful management of the City during the Virus may well be the signature event of his legacy.

But we are not of the woods yet.  There are many tough decisions that will need to be made, including the tricky tradeoff involving the opening up of the economy and our safety and the spread of the Virus.  And there are many factors that are out of the Mayor’s control, ranging from the actions of the State and Federal governments, the rebound of the economy, and the patience of Angelenos.

There are two other issues that may permanently taint Garcetti’s legacy: corruption at City Hall and fiscal mismanagement, both of which the Mayor can control or influence.

But there is the question of whether Garcetti is willing use his political capital to take on the special interests that control City Hall.

The pay-to-play corruption scandal erupted under his watch.  Councilman Mitch Englander pleaded guilty to the obstruction of justice.  A bagman pleaded guilty to facilitating a $500,000 bribe.  Councilman Jose Huizar’s offices and home were raided by the FBI.  Federal search warrants were issued for Councilman Curren Price, Herb Wesson’s chief of staff, two other City Hall insiders, and numerous real estate developers.  And Angelenos are wondering, Who’s Next?

Garcetti could put an immediate stop to this pay-to-play corruption because he knows the game after twelve years on the City Council (six as President) where he represented Hollywood, a hot bed of development, and almost seven years as mayor.  From the bully pulpit, he could demand meaningful campaign finance reform, real time transparency, a stronger Ethics Commission, the appointment of a special counsel, and greater public participation.

But is Garcetti willing to leverage his political capital and take on the real estate and billboard industry and the politicians who benefit from their cash campaign contributions?

The City’s budget is a mess, even before the impact of the Virus.  Since Garcetti came to office, General Fund Revenues have increased by $1.9 billion (41%), but the City still has a huge budget deficit ($200 million) because he and the City Council gave away the store when they approved the budget busting labor agreements that will cost the City and its residents $1.6 billion over the next 4½ years.

As Mayor, Garcetti develops the annual budget and sits on the Executive Employee Relations Committee that oversees negotiations with public sector unions.  Along with the bully pulpit, Garcetti could begin to implement budget reform, including the adoption of a common-sense policy where the City will not enter into any labor agreement that results in a current of future deficit.  He could also implement the Radical Transparency recommendations of the Budget Advocates, including the establishment of an Office of Transparency and Accountability to oversee the City’s budget and finances and a Pension Commission to development recommendations to eliminate, over time, the City’s $15 billion unfunded pension liability.

But, once again, is Garcetti willing to leverage his political capital and take on the leaders of the public sector unions and the politicians who benefit from their campaign contributions?

Mayor Eric Garcetti has 2½ years to enhance his legacy.  Will he step up to the plate and represent Angelenos over the special interests that control City Hall?