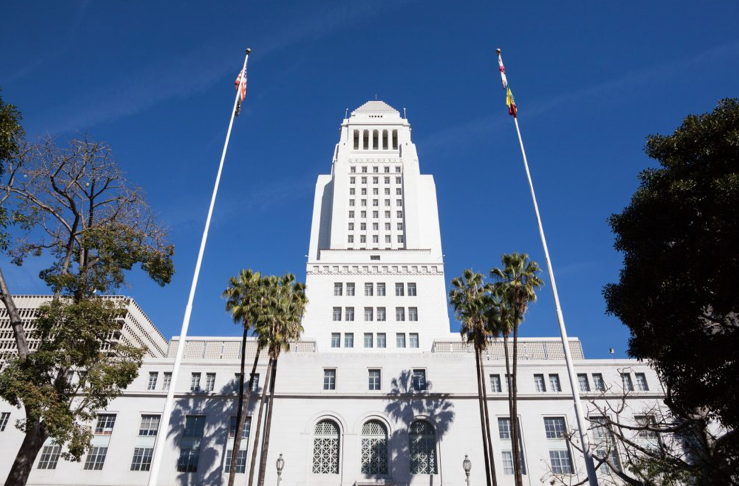 LA WATCHDOG--Rumors emanating from City Hall suggest that Mayor Eric Garcetti and City Council are considering a tax increase to finance the projected deficit for the upcoming fiscal year beginning on July 1.

While there are no details, City Hall, the leaders of the public sector unions, and their spinmeisters will tell us that the tax hike is necessary to preserve vital services and to cover the revenue shortfall and additional expenditures caused by the virus and the shutdown of the City.

But before Angelenos approve any tax increase, we need to consider two factors.

First, we need to realize that the projected deficit was initially caused by the budget busting labor agreements with the police, firefighters, and civilian workers that were approved behind closed doors by the fiscally irresponsible Garcetti and the union controlled City Council.  They knew damn well that the new agreements would cause a river of red ink, costing Angelenos an estimated $1.6 billion over the next four years. They need to be held accountable for this malfeasance.

Second, Angelenos must demand that the City clean up its act.

This includes an independent investigation into the pay-to-play corruption and the development of policies to eliminate this corruption involving real estate developments and digital billboards.

This includes real campaign finance reform, real time transparency, and an independent and well-financed Ethics Commission and Ethics Department that has enforcement powers and the ability to levy hefty fines.

This also includes adopting a policy of Radical Transparency (see below) that was recommended by the Neighborhood Council Budget Advocates in their Annual White Paper. Recommendations include establishing an Office of Transparency and Accountability to oversee the City’s budget and finances in real time; the establishment of Pension Commission to review and analyze the City’s seriously underfunded pension plans; and mandating a policy where the City is unable to enter into any new labor agreements that will result in a current or future budget deficits.

As for the tax increase, any measure calling for a local tax increase will not be on the November ballot.  The political establishment and public sector unions are laser focused on passing the Split Roll (an amendment to Proposition 13) and any other tax on the ballot will be an unwanted distraction to this $12 billion tax increase that we will be passed through to us.

This implies a special election prior to the November Presidential election.  But this will require the City to rush the measure to the ballot, a strategy that resulted in the LAUSD’s $500 million, “leap of faith” parcel tax being rejected in June by over 50% of the voters.

The alternative is the spring of 2021.

As to the form of the tax, more than likely it will be a sales tax because, if approved by the voters, the City will receive the cash sooner than if it were a property related tax.

The City may also limit the tax increase to a set period of time, say three years.  In addition, the City would be wise to develop a mechanism to lower the tax as revenues from the seven economically sensitive taxes rebound to levels prior to the virus.

As for the amount, a half cent increase in the sales tax to 10% would raise $250 to $300 million a year for the City, an amount that would pay for a portion of the budget busting labor agreements.

We will have a better understanding of the City’s budget and finances on April 20 when the Mayor submits his Proposed Budget to the City Council. And trust me, it will not be pretty which is why the City is already implementing hiring freezes and planning layoffs.

The City is using the logic of former Chicago mayor Rahm Emanuel: “Never let a serious crisis go to waste.”  But Angelenos can also use this tactic by demanding that the City engage in real reform in exchange for our yes votes.

No Real Reform Deserves a NO Vote.

Require the Mayor to submit the budget to the City Council on or before February 1 rather than the current deadline of April 20. Each Department will then present its proposed budget and priorities to the appropriate City Council Committee.  Afterwards, the Budget and Finance Committee will conduct hearings on each Department’s budget.

All labor negotiations shall be open and transparent.  Furthermore, the City shall solicit an independent opinion that analyzes the fiscal impact of any new labor contracts.  Beginning 30 days after the release of the independent opinion and prior to approval, the City Council will conduct a series of public meetings to discuss the new labor contracts.  Any new labor agreements shall not result in deficits.

Create a Pension Commission to review and analyze the City’s pension and Other Post-retirement Employment Benefit (OPEB) plans and develop recommendations to eliminate the unfunded liability over time. [Recommended by the LA 2020 Committee]

Develop a ten-year infrastructure plan that includes, but is not limited to, streets, sidewalks, parks and their restrooms, trees, buildings, and vehicles. This will include plans for the Los Angeles River, the Civic Center, and the Convention Center.

Benchmark the efficiency of the City’s Departments and operations.

Implement a plan to increase the City’s Reserve and Budget Stabilization Funds to an amount equal to 10% of its General Fund Revenues.

Establish an independent Office of Transparency and Accountability to oversee the budget and other related matters in real time. [Recommended by the LA 2020 Committee]

Develop solutions to balance the budget over the next four years and eliminate the Structural Deficit.

Update the Four-Year Budget Outlook to reflect the current budget reality, including the projected deficits.  [To be updated on April 20 in the Mayor’s Proposed Budget package]