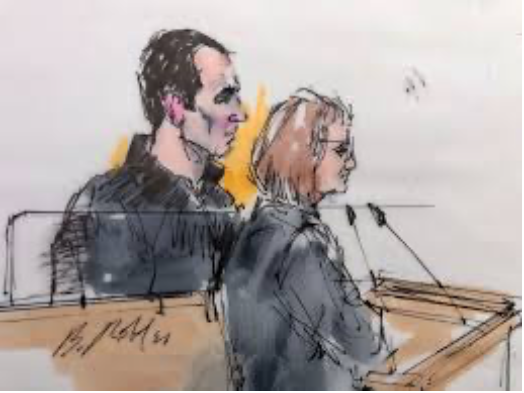 LA WATCHDOG-On Friday, former LA City Councilman Mitchell Englander “agreed to plead guilty to a federal criminal charge stemming from his obstruction of a public corruption investigation related to his acceptance of gifts - including cash, hotel rooms and expensive meals - from a businessman during trips to Las Vegas and palm Springs in 2017.”

According to the government filing, Englander may spend up to 36 months in prison and be fined up to $250,000.  However, he has not agreed to cooperate with the FBI or United States Attorney’s Office (“USAO”) with its “ongoing public corruption investigation.”

But the question remains: Will Englander take a bullet for Jose Huizar, Herb Wesson, Eric Garcetti, selected lobbyists, and crooked real estate developers?  Or will he do the right thing by agreeing to work with the FBI and the USOA to expose the pay-to-play corruption that permeates City Hall?

Englander knows where the bodies are buried at City Hall.  He served as Chief of Staff to well-respected Greig Smith (a key supporter of the Ratepayers Advocate in 2010-11) for eight years before serving as a Councilman for over six and a half years.  This included many years on the very powerful Planning and Land Use Management Committee, a corrupt entity that facilitates the pay-to-play scams for real estate developers and billboard operators.

It is no wonder that Englander raised more money ($1.3 million, not including independent expenditures) than all the other candidates in his 2016 race for County Supervisor.  But money did not buy Englander love as he finished in fifth place (12% of the vote) in the June primary.

The Englander plea is another domino.

Two weeks ago, Justin Kim agreed to plead guilty to a federal bribery charge involving Jose Huizar.  In the Kim plea agreement, “Councilmember C” indicated that a wired lobbyist would discuss the issue with the Executive Director of the Labor Organization that was holding up the development of the residential complex in Huizar’s district.

According to a well-placed and reliable City Hall insider, Councilmember C is Herb Wesson.

In addition to Huizar and Wesson, others in City Hall have been implicated, including Councilman Curren Price and Deron Williams, Wesson’s chief of staff.  Will they (and others) take a bullet for Wesson or will they cooperate with the FBI and the USAO?

And what about real estate developers who have been targeted by the Feds?  Will they take the bullet or will they flip, hoping for leniency from the Feds?

There is no doubt that all of the Councilmembers know the game.  They all have real estate projects and digital billboards in their own districts that must be approved.  They are also aware of other developments throughout the City because the City Council must vote to assert jurisdiction over deals that have been dinged by the Planning Department or the politically appointed Planning Commission.

One of the most egregious examples of pay-to-play corruption is the $72 million, 352 unit Sea Breeze residential development in an industrial area in the Harbor Gateway neighborhood. This project was rejected by the City Planning Department and the Planning Commission, but approved by the City Council (without a dissenting vote) as a result of the developer having greased the skids with over $600,000 of illegally laundered campaign contributions.  Beneficiaries were former City Councilwomen and now supervisor Janice Hahn ($203,500), Councilmembers Joe Buscaino ($94,700), Mitch Englander ($65,800), Jose Huizar ($30,400), Gil Cedillo ($8,500), and Nury Martinez ($7,700).  Other beneficiaries included Mayor Eric Garcetti ($60,000), failed City Council candidate Warren Furutani ($5,000), and failed County Supervisor candidate Bobby Shriver ($120,000).

This scam was made public by Los Angeles Times reporters, David Zahniser and Emily Alpert Reyes, in a well reached article, A $72-Million Apartment Project. Top Politicians. Unlikely Donors.  To date, the City has not launched a full scale investigation into this chicanery nor have beneficiaries returned this dirty money or donated it to charity.

Englander, through his high priced attorney, said that he will “look for new ways to contribute to his community.” How about singing a ballad to the FBI and USAO?