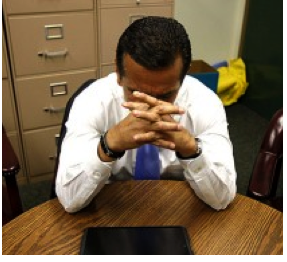 LA WATCHDOG - IF the proposed $254 million Transfer Fee from the Power System of the Department of Water and Power to the City’s General Fund is not permitted pursuant to the recently passed Proposition 26 (Super Majority Vote Required to Pass New Taxes and Fees Act), then the City’s projected deficit for the fiscal year beginning July 1, 2011 will soar to $712 million, a 55% increase over the current projection of $458 million.  (Link)

The less than transparent Transfer Fee, equal to 8% of the Power System’s prior year retail revenues, is one of the largest sources of cash for the City’s General Fund, representing 5.8% of the $4.38 billion of General Receipts. The Transfer Fee is typically paid in four installments, beginning in March when about 60% is put on the Money Train to City Hall.

However, the Transfer Fee may be illegal based on the provisions of Proposition 26 which was passed by 53% of the voters in November 2010.  Prop 26 requires a two-thirds vote of the electorate to pass fees that are not related to the actual costs of the services provided.

As a result, on February 4, the City of Redding was sued in Superior Court to prevent the Redding Electric Utility, a city department like DWP, from imposing a “Payment In-Lieu of Taxes” of almost $6 million on the Ratepayers.

LA’s General Fund loss of the $254 million Transfer Fee from the DWP Power System will throw a monkey wrench into the current budget negotiations.

As it is, the City is having a difficult time closing the projected $458 million General Fund Deficit, relying on yet to be negotiated savings from the most sacred of all cows, the Police Department and its very police protective league, the Fire Department and its obstreperous union, and the unionized Civilian Workforce.  There are also over $100 million of “Reductions and Efficiencies” which need to be implemented.

There are also a few more gimmicks that involve dumping unfunded mandates on Special Revenue departments and issuing commercial paper to pay off existing Convention Center debt and to fund pension fund payments related to the fiscally irresponsible Early Retirement Inventive Plan that added over $200 million to the unfunded pension liability of the 60% funded Los Angeles City Employee Retirement System.

This is the equivalent of paying your second or third mortgage with a credit card that has a low teaser rate.

And remember, the current budget does not provide for the adequate repair and maintenance of our infrastructure (such as our lunar crater streets, sidewalks, and parks) or the proper funding of the $11.7 billion unfunded pension liability, including about $6 billion of the 68% funded Fire and Police Pension Plans.

And these “devastating” reductions do not even address the projected deficit of $281 million for the following fiscal year beginning July 1, 2012.

Needless to say, The Mayor Who Broke LA will go into high gear, denouncing Prop 26 and saying it does not apply to the 8% Transfer Fee.  But that will be for the courts to decide.

In the meantime, the municipal bond investment community, including the influential credit rating agencies, will be making their own judgments on the merits of the City’s June offering of Tax and Revenue Anticipation Notes that are required to fund the City’s operations for the first half of the fiscal year.

But who would buy the very risky Tax and Revenue Anticipation Notes?

Individual retail investors who are focused on the preservation of capital would pass because of the high level of risk.

The most likely buyers would be large mutual funds who are stretching for yield. But these are the same mutual funds that conservative investors buy. But who are these mutual funds that are rolling the dice with investor money?  More than likely the large mutual fund complexes and banks such as Fidelity, Vanguard, Wells Fargo, T Rowe Price, Bank of America, JP Morgan, Merrill Lynch, Schwab, Northern Trust, and a host of other gambling investment funds.

But even if the yield hogs invested in this highly speculative junk paper, they would focus on the shorter maturities that mature within seven months, not like the current issue that has maturities of over $600 million in May and June.

To insure a successful offering of Notes that will provide the cash to fund the City’s operations, the City needs to address the $712 million budget deficit in a manner that is acceptable to the investment community.  And the City needs to brace itself for very high interest rates.  Otherwise, the City will run out of cash.

One alternative is for the City to ask the voters to approve the 8% Transfer Fee.  But what is the likelihood that voters would approve such a tax or a fee given the electorate’s lack of trust and confidence in the Mayor, City Hall, and the campaign funding leadership of City’s unions?

At the same time, DWP, which has its own set of trust issues, is asking for another significant increase in our water and power base rates.

But if our Elected Elite placed the 8% Transfer Fee on the ballot, what would the Citizens of Los Angeles demand in return?

The City must address the need for true structural reform, including the development and implementation of a long term solvency plan that addresses the repair of our infrastructure; true pension reform as suggested by The Little Hoover Commission; work place reform that focuses on the efficient delivery of core services and the rationalization of the compensation, benefit, and seniority arrangements; and a complete reform of the collective bargaining process.

As an incentive to Ratepayers, the Transfer Fee also needs to be restructured whereby the transfer is equal to 5% of the Power System’s revenues, provided that it is not lower than the current level of $254 million, adjusted for inflation.

The City must also establish a Citizens Advocate, consisting of non political independent grownups, which has the right to review and oversee the operations and finances of the City and its related entities, not dissimilar to the New York City’s Emergency Financial Control Board that was established in 1975 when the Big Apple almost tanked.

While the loss of the $254 million Transfer Fee has draconian implications, it will force our Mayor Villaraigosa, Controller Wendy Greuel, City Council President Eric Garcetti and the rest of our Elected Elite to address its structural deficit and make the necessary and reasonable financial and work place reforms that will be demanded by the electorate.

And who knows, the inability of DWP to put the Transfer Fee on the Money Train to City Hall may offset the proposed increase in our electricity rates.

(Jack Humphreville writes LA Watchdog for CityWatch He is the President of the DWP Advocacy Committee and the Ratepayer Advocate for the Greater Wilshire Neighborhood Council. Humphreville is the publisher of the Recycler -- www.recycler.com . He can be reached at:    lajack@gmail.com)             -cw