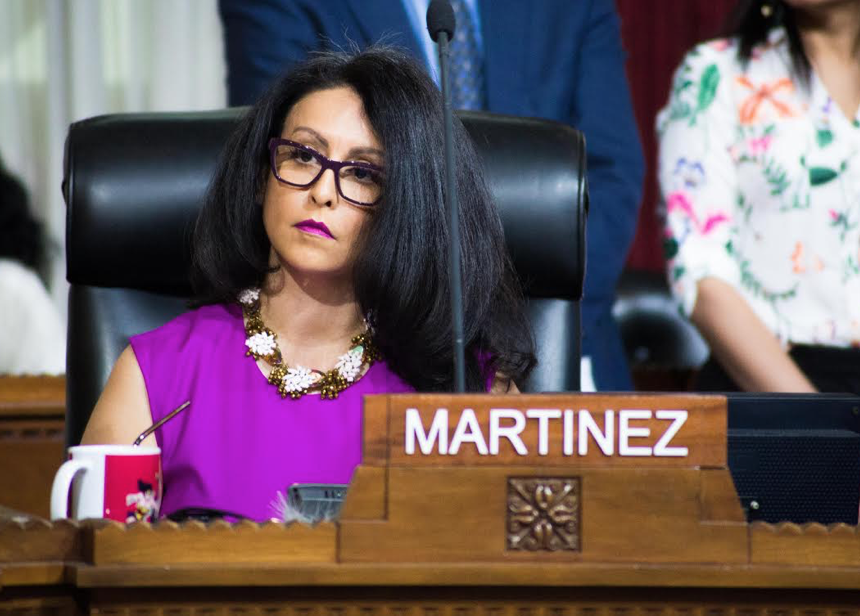 LA WATCHDOG--At her first meeting as President of the Los Angeles City Council, Nury Martinez discussed her Families First agenda that is based in no small part to her experiences as the daughter of hard working immigrants from the Free and Sovereign State of Zacatecas who valued family, education, and a better life for their children.

While her Families First agenda calls for help for the homeless, foster and low income youth, women of color, and struggling families that are “one emergency away from a catastrophe,” Martinez wants to hold the Los Angeles Housing Service Authority accountable, a task that is long overdue.  This will involve evaluating LAHSA, a joint power agency between the City and County, and its governing structure and effectiveness in delivering services to the homeless while, at the same time, balancing the rights of Angelenos to use our parks and sidewalks without fear.

But equally important is what she did not say during her thirty minute speech.

The most significant issue confronting City Council President Martinez is the City’s projected $200 million deficit for this fiscal year, a fact that is hard to fathom because the City is experiencing record revenues.

To “balance” the budget, the City will need to find “savings” (a nice way of saying cuts) in services and personnel.  These savings may include delaying the repair of our streets and the increased neglect of our parks, their bathrooms, and the urban forest, or the dumping of personnel onto the already bloated ranks of the Department of Water and Power.  It may also include raiding the Reserve Fund or the City’s special revenue funds (Sewer, Solid Waste, Building & Safety).

Martinez must also address the Structural Deficit.  Over the next four years, the City is anticipating deficits of $200 to $400 million a year, a cumulative four year total of an estimated $1.2 billion.  This will require substantial cuts in services and personnel unless the City is able to convince voters to approve a significant increase in our taxes.

Unfortunately, the Structural Deficit is understated.  In 2024, the City is projecting a deficit of an estimated $400 million.  But this does not include the impact of even more salary increases, the build-up of the Reserve and Budget Stabilization Funds, the proper maintenance and repair of our infrastructure, and the adequate funding of the City’s two underfunded pension plans.  When adjusted for these conveniently forgotten expenses, the 2024 deficit soars to a mind boggling $1.4 billion.

All this results in Intergenerational Theft where tens of billions in pension and infrastructure liabilities will passed onto the next generations of Angelenos, including the young daughters and sons of the Councilmembers and the Mayor.

Martinez has an ambitious agenda, but without the financial resources, her goals will be very difficult to accomplish.

Note: Martinez failed to address the need for greater transparency, especially as it relates to labor negotiations, the budget process and the allocation of scarce resources, infrastructure spending, and underfunded pension plans.  We will discuss transparency in subsequent columns.