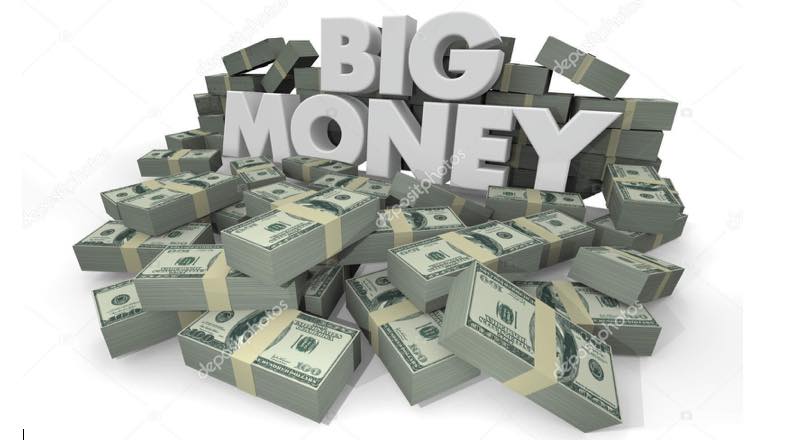 In his article, Meyerson cites the vast amounts of money spent in 2018 by the opponents of Proposition 8 (Kidney Dialysis Treatment - $111 million) and Proposition 10 (Rent Control - $76 million) to defeat these two initiatives.  However, in 2019, Sacramento passed versions of these two measures that were opposed by almost 60% of the electorate.

But Meyerson does not tell us the complete story.

Both Prop 8 and Prop 10 were initiatives, placed on the ballot by deep pocketed sponsors who had their own agendas, including the SEIU-Healthcare Workers who were attempting to unionize the dialysis clinics.  And while the supporters were outspent by the opponents, each spent over $20 million, not exactly chump change.

There are also numerous other ballot measures that have been supported by “Big Money” from the public sector unions who are promoting their own agendas and special interests that include increased wages and benefits.  Over the years, these public sector unions, including those representing teachers, the firefighters and police, and civilian and healthcare workers, have backed numerous ballot measures.  These include calls for higher income taxes, increased sales tax, parcel taxes, and the issuance of billions in bonds, whether it be at the City, County (including Metro), or State level, all of which we will paid for by us.

Right now, the public sector unions are spending huge amounts of money to support the Split Roll, a November ballot measure that will assess commercial properties at market value as opposed to their purchase price.  And while this will raise money for the schools and local governments (Garcetti’s Leap of Faith financing), we will be stuck paying for this $12 billion windfall that finances increased salaries for the members of the public sector unions.

But where the public sector unions really flex their muscles is by leveraging their generous campaign contributions to elect politicians who are supportive of their agenda for higher wages and benefits. This creates a clear conflict of interest that works against the best interests of the governments and ordinary citizens.

For example, the City of Los Angeles recently approved new labor contracts with the unions representing the police and firefighters that blew a $1.6 billion hole in the City’s budget for the next 4½ years.  This was in spite of the fact that Mayor Garcetti and the members of the City Council all knew about the negative impact of these overly generous and fiscally irresponsible contracts.

The public sector unions are also able to stifle reform and transparency.  For example, they opposed the recommendations of the LA 2020 Committee to establish a commission to review the City’s two underfunded pension plans and to create an Office of Transparency and Accountability to oversee the City’s budget and finances. These recommendations never saw the light of day.

Meyerson’s call to break Big Money’s hold on elections is spot on.  But any definition of Big Money must include our public sector unions who are largely responsible for our billion-dollar Structural Deficit despite record revenues.

Opinion: California’s ballot initiative process was supposed to get the money out of politics. Ha! Big Money Rules the Initiative Process