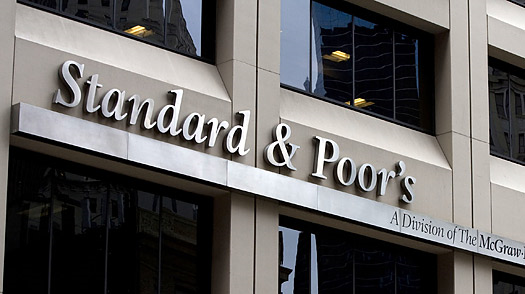 LA WATCHDOG - Standard & Poor’s, one of the major bond rating companies, cut its outlook for US Treasury paper to “negative” from “stable” because of Washington’s mounting budget deficits.  There is a 1-in-3 chance that Government will lose its AAA (Triple A) credit rating.

This potential downgrading of the credit of the US Treasury will impact the City of Los Angeles, its credit rating, and the maturity and interest rate of any offerings, including the June offering of Tax and Revenue Anticipation Notes that are needed to fund the City’s operations for the first half of the fiscal year.

As a result, investors are going to be focused on credit quality, and that is not good for the City.

While the Los Angeles’ credit rating is a AA- (Double A minus), the Mayor’s proposed 2011-12 Budget financials would indicate a credit rating approaching junk (non investment grade) status.

The Mayor’s new budget is projecting to cure a budget deficit of $463 million.  But this is based on numerous one time gimmicks and fails to make few, if any, structural changes to address the chronic budget deficits related to out of control employee costs.

This year, The Major Who Broke LA and his crack financial staff propose to “balance” the budget by extracting $151 million from the notoriously obstinate LAPD and LAFD and $115 million of furloughs yet to be negotiated from Coalition and other Civilian employees.

An additional $101 million comes from the elimination of positions and the consolidations of departments.

Another $40 million of savings is from dumping unfunded mandates onto special revenue departments and another $44 million is from fishy financial engineering related to the Convention Center and Early Retirement Incentive Plan.

But the Mayor’s “non budget” does not address the $281 million deficit for the next fiscal year (2012-13), the result of the $296 million increase in employee related costs (compensation, pensions, health, and workmen’s compensation).

Nor does the Mayor’s “non budget” address the failure to fund the repair and maintenance of our lunar cratered streets, our sidewalks, street lamps, and parks despite claims to the contrary in his budget message.

Nor does the Mayor’s “non budget” address the proper funding of the $11.7 billion unfunded pension liabilities associated with the Los Angeles City Employee Retirement System and the Fire and Police Pension Plans.

Overall, the City has a budget deficit north of $1 billion before the smoke and mirror savings and unspecified reductions in City services.

A key component to City’s financial plan is the offering of Tax and Revenue Anticipation Notes to finance the operations of the City prior to the December and January receipt of real estate taxes.  The last offering of these short term notes are scheduled to be outstanding for 357 days compared to 314 days in the previous year.  This allows the City to roll over the previous year’s deficit.

The City is also playing the “float.” To use Wall Street lingo, the average life of the current offering of notes is about 10.5 months (there are four repayments at the end of March, April, May, and June) compared to 5.5 months if the notes were amortized based on the receipt of the real estate taxes in December and January and the amortization of the pension payments over a 12 month period.

But there is little that the Citizens of Los Angeles can do to force the City to truly balance the budget.  Our Elected Elite, led by the Little Three (Villaraigosa, Greuel, and Garcetti), have not even developed a long term solvency plan.  Nor are The Little Three willing to address the necessary structural changes in the City’s operations because of the fear of offending their campaign funding Partners in Labor and the City Family.

The only way that The Little Three will adopt a truly balanced budget and develop and implement a long term solvency plan is that they are required to by the investors, not dissimilar to what happened in New York City in 1975.

This will require the bond rating companies (S & P, Moody’s, and Fitch) to open their eyes to the financial shenanigans at City Hall and downgrade the City’s credit rating.  And investors also need to do their homework, not only with regards to the junk status of the City’s notes, but the risks associated with buying paper with maturities in April, May and June.

Even if the City is able to sell the Notes, the yield hogs will demand substantially higher rates than last year to compensate for the increased risk.

If S & P is willing take the political heat from President Obama and Treasury Secretary Geithner when they lowered the outlook for credit rating of the United States to “negative,” then the rating agencies should not have any problem taking on the fiscally irresponsible Little Three and the other City Hall politicians who are willing to ignore the best interests of the Citizens of Los Angeles to further their own political careers.

(Jack Humphreville writes LA Watchdog for CityWatch He is the President of the DWP Advocacy Committee and the Ratepayer Advocate for the Greater Wilshire Neighborhood Council. Humphreville is the publisher of the Recycler -- www.recycler.com.  He can be reached at:   lajack@gmail.com)             -cw