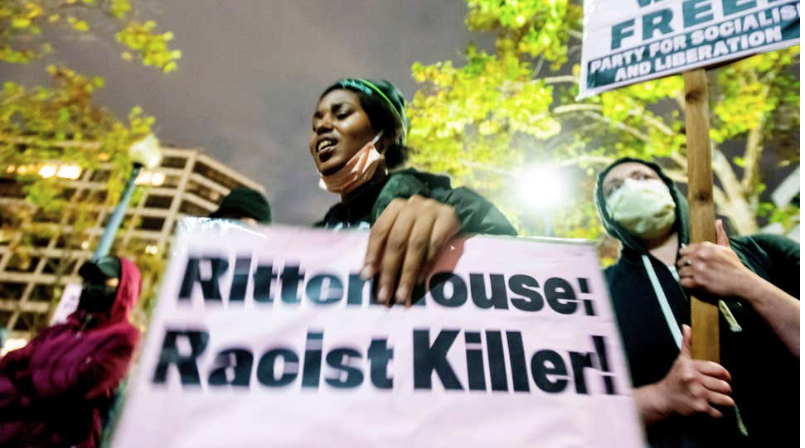 COMMENTARY - Sometimes it’s better to say nothing. This is one of those times.

Kyle Rittenhouse, the teen vigilante who last week became a hero of the Rightafter being found not guilty for killing two people during a protest against police violence, now says he’s no racist and—get this—that he actually supports the Black Lives Matter Movement.

You can’t make this stuff up.

From CBS News
Kyle Rittenhouse, who was found not guilty of charges stemming from killing two men and wounding another during the unrest that followed the shooting of a Black man by a white police officer, says in a new interview that he’s “not a racist person” and supports the Black Lives Matter movement.

“I’m not a racist person. I support the BLM movement, I support peacefully demonstrating,” Rittenhouse tells Carlson in excerpts of the interview released by Fox News ahead of its airing.

No, you didn’t read that wrong, and yes, there’s a lot to unpack there. Rittenhouse shot three people who were participating in a protest specifically aimed at rooting out police violence, which is deeply tied to institutional racism. Black Lives Matter, both as an organization and a mantra, is a driving force behind the modern anti-racist and anti-police-violence movements.

Yet Rittenhouse says he supports BLM, despite killing men who were protesting as allies, and that he’s not racist—despite not shying away from being embraced by white militias that harbor racists, according to a lawsuit filed by one of his victims’ families. If that’s not enough, he chose Tucker Carlson, whose Fox News show exists to give aid and comfort to racists, to explain himself.

(Keith Reed is a writer for The Root, where this story was first published.)