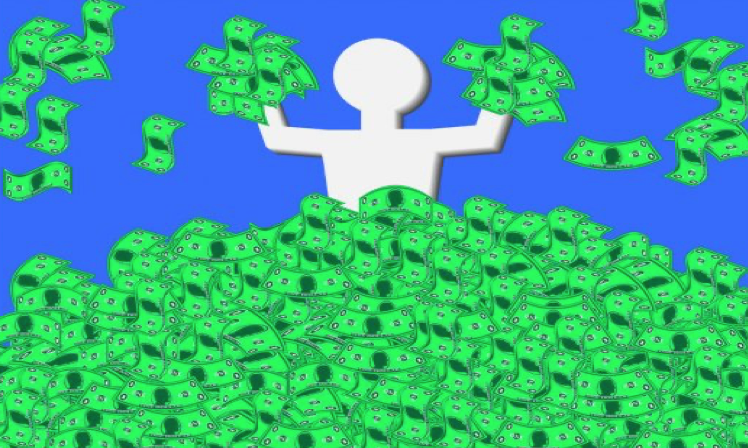 DC DISPATCH-Collective eyebrows have been raised across several industries as the government discloses just who received those Paycheck Protection Program (PPP) loans/grants, and education providers are no exception.

The controversy falls well short of Shake Shack returning that $10 million, but several online-education providers have drawn attention. Of course, that could change with California and other states headed to a fall back-to-school period like no other; even edtech firms may find themselves facing more pressure.

For venture-backed companies, the stakeholder-shareholder divide could become a sticking point.

Obviously, the public policy question arises: When a company has access to capital from publicly traded equity, why would they need to access government funds meant to provide a lifeline to small businesses? Yet, as one report noted, “… even an investment firm that has supported dozens of edtech startups appeared on the [PPP] list.”

To make the point more clear, note the opening words of a story in the education community news website EdSurge, where Managing Editor Tony Wan wrote: “Even the biggest names in the education technology industry, awash in private capital, are seeking public support during the pandemic…  a review of the data by EdSurge for notable education technology software and service providers found more than 60 for-profit and nonprofit organizations that were approved for a PPP loan between $150,000 to $5 million. (ISTE, the parent organization of EdSurge, was also approved for such a loan.)”

(I should note that ISTE, or International Society for Technology in Education, is a nonprofit educator-membership organization and EdSurge, launched in 2011, is now an “independent news and research” initiative of ISTE. I might also note that PPP approvals offer a range of "up to" an amount and it remains unclear just how much of the approved money firms have accessed and used.)

After setting the table, Mr. Wan underscores his point: “And though the program was designed to help small businesses, some education organizations approved for loans have previously raised hundreds of million from private backers. Even an investment firm that has supported dozens of ed-tech startups appeared on the list. . .  investors themselves are also split over whether internet startups should take advantage of an essential lifeline targeted toward local mom-and-pop shops that operate in-person businesses without venture capital support or connections.”

Some companies that seemed to illustrate Wan's point were called out for special attention, like Altitude Learning, which EdSurge noted has raised the most capital among the listed firms: some $176 million. EdSurge said the San Francisco-based company, “. . .which now offers an online education platform to schools and families, was approved for a loan between $2 million to $5 million.”

In addition, Sphero, the former consumer robotics toy firm that pivoted to the education market, reportedly raised $148 million from investors—and was also approved for a loan between $2 million to $5 million.

RaiseMe, described as “a provider of an online scholarship platform for high school students” that previously raised $31.5 million from investors, was also approved for a PPP loan in April.

I noticed that tutoring outfit Noodle Pros, also made the EdSurge list of potential shame. They were approved for up to a million dollars of PPP funding while listing among the most funded of the firms, at $36.3 million. I know about the Noodle education companies mostly through Noodle Partners, an online program management company, and because Noodle founder John Katzman was also a high-profile founder of 2U, the big OPM that fuels the University of Southern California program I’m attending this fall. Mr. Katzmann left that company several years ago, and Noodle Partners is now a competitor.

So, EdSurge has previously reported that the four Noodle companies have been collectively funded for more than $40 million and that Mr. Katzman determines how that money gets allocated among several of the "Noodles." It might be argued that, with that sort of clout, it’s another million from Uncle Sam? To its credit, EdSurge has previously disclosed that Mr. Katzman has been an investor in their company.

In June, it was reported that the Noodle raised another $16 million to address the Covid pandemic-fueled interest in remote learning that "significantly accelerated interest in its services." That was raised through a Series B round led by ValueAct Spring Fund and joined by Lumina Foundation and existing investors.

The industry-focused among us may recall that, way back in April, the Small Business Administration issued guidance in for PPP that companies applying for coronavirus relief funds must certify that the loans are necessary and that they cannot tap ther sources of funding. The Noodle $16 million was raised through what’s called Series B fundraising, led by Value Act Spring Fund, the Lumina Foundation and existing investors. Clearly, access to venture capital might qualify Noodle companies as seeming to "have other access to funding."

Actually, we should be slow to judge. Anyone in finance will tell you it remains easy to make the case for even those “awash in private capital” to take the PPP money, and multi-entity setups like Noodle illustrate new advantages for taking taxpayer money in one entity and raising capital in another. We might assume that tutoring and online education companies are enjoying windfalls right now, but could the future be more uncertain? If your job is to “extend the runway,” then an extra million here and there has to be considered.

Now, the only challenge will be if the edtech venture-funded companies must endure the social pushback of other such firms, like chain restaurants or Trump-affiliated operations. My guess is not, because except for very fine industry watchdogs like EdSurge, the public gaze is focused elsewhere.

So, perhaps the lesson is that PPP offers the well-funded an even longer runway, as they say. But that doesn’t mean the runway lacks the occasional pothole.

(Sara Corcoran is publisher of the National Courts Monitor and writes for CityWatch, Daily Koz, and other news outlets.)Prepped for CityWatch by Linda Abrams.