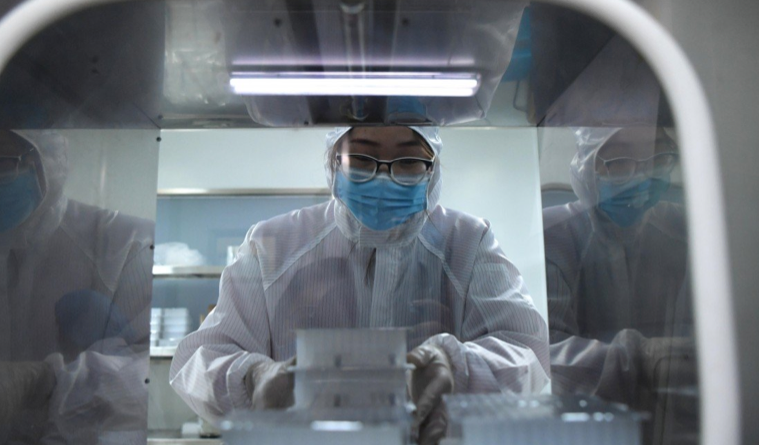 DC DISPATCH-In a White House Press Conference this week, Dr. Anthony Fauci cautioned the American public on the dangers of allowing the coronavirus to "rip" through our society unabated.

It would be a morally reprehensible thing to do and we must take steps in a comprehensive and national effort to attack this scourge.

While we may lack a consensus on precisely where the Crimson Contagion (COVID-19) originated, we know unequivocally it came from Wuhan, China. The United States did the prudent thing by cutting off all travel from China and Europe to mitigate the spread, and these moves may help reduce the rate of community spread. However, it is China that, in addition to warning us belatedly, should have forcefully stopped any Chinese nationals from leaving its borders. By failing to do so, they allowed the Crimson Contagion to spread all over the world. As China claims to be a great power and a responsible stakeholder in the world order, they had a duty to warn the rest of the world in a timely manner. By failing to do so, China engaged in a conscious decision that has caused the whole world immeasurable harm, whether it was intentional or not. At this point, the intent is immaterial, but the pandemic liability is not. When the harms to the health of the world population and the economic havoc caused by China’s COVID-19 are ultimately assessed, China will be accountable for a huge debt. The issue will be how to exact payment.

COVID-19 is the fourth major virus to come out of China in recent years and while the country is adept at being the world's petri dish for these infectious diseases, it has managed to escape much financial responsibility for the outcomes of its irresponsible actions. At least in part, China must foot the multi-trillion-dollar bill for the Crimson Contagion.

In the past, I've often been accused of being too soft on China. At times, this has been a legitimate criticism. I was a student at Jiao Tong University, Shanghai for two years and spent a great deal of that time living in the country. Part of my reason for studying in China was that I wanted to live in an economy that was growing at warp speed and an Industrial Revolution such that the world had never seen. While I did my best to adapt to many social norms, I could never spit on the street or spend time in the wet markets, where live bats and snakes are considered a delicacy. Seeing those poor, terrified animals in cages once was enough. At school lunches, I would often avoid the buffet and dim sum as the presentation and fresh nature of cuisine "from tank and cage to table" was never appetizing to me. Breakfast was at Kentucky Fried Chicken on most days, which involved a chicken sandwich, but now that I look back, who knew if it was even chicken.

Many Chinese people see all types of animals as a food source, no matter what viruses they carry. And while pet ownership is on the rise in the country, it will never be on par with American rates of pet ownership. I ended up bringing a Chinese stray cat back to the United States from China. I feared her fate if I didn't intervene and she is now my grandmother's "dowager princess.”

I didn't express many of my political opinions while a student in China, as I didn't feel like it was my place, but I was also enraptured by the country. It was my Taiwanese classmates who often vocally criticized the government in class--especially in its disregard for consumer safety--using lead in children’s toys, adding melamine to milk products and flooding the U.S. market with tainted drywall that took years to remediate. To me, these seemed like internal extended family squabbles, and I was merely a guest. I didn't want to offend my host.

Government oversight intrudes into every aspect of society and is typically executed by the People’s Liberation Army (PLA)—the Chinese military—along with other elements of the state security apparatus. While I travelled freely, I sensed I was followed even when I would visit the outskirts of Shanghai to catch a glimpse of the mighty PLA intelligence headquarters (Unit 61398) building on Datong Lu in Pudong. I knew what was going on in that place and would not be surprised when the DOJ issued an indictment against PLA members several years later for conducting cyber espionage against the United States. Nor was I surprised that the CEO of Huawei started his career there. I’ve found the book, “Chairman Xi Remakes the PLA: Assessing Chinese Military Reforms” published by the National Defense University in 2019, critical to understanding how Xi has overhauled his crown jewel, making it a more disciplined, organized, and lethal instrument of China’s political and economic agenda.

Even though I initially admired the Chinese and their experiment with “state-sponsored capitalism,” I always knew that world economic domination was the Chinese Communist Party’s ultimate goal, no matter the human cost.

Our Commander in Chief has stoked the Chinese dragon with his public, humiliating trade wars and now by calling COVID-19, the “Chinese” virus. Just because Trump claims that he has an excellent relationship with Premier Xi, the Chinese anger should not be underestimated. The bombastic, loud American insults, coupled with alternating flattery, will not be well received and may actually prompt retaliation. After all, the Chinese hold in excess of 1.1 trillion dollars of U.S. government debt and control key raw materials for the electronics industry and the medical equipment and supplies industry, not to mention the lion’s share of pharmaceutical supplies, like antibiotics. I suspect Xi probably views Trump as an overweight cube of sugar displacing too much of his oolong tea.

U.S. manufacturing companies have saved billions of dollars on hourly wages and just-in-time supply chains in the last decade by moving their operations to China. But, at what cost to our national security and safety? I, for one am not comfortable with the “Made in China” label anymore. I appreciated the cheap goods and stellar education the country once offered me, but now I see the danger of relying so heavily on our adversary to the East. An adversary who can wipe out world economies and cause economic depression in a matter of weeks is a serious threat indeed.

Too many multinationals are at risk of being economically extorted by China because their production, supply chains, and financial sponsorships could be halted in a nanosecond. This is now a matter of national security that supersedes corporate profits. In the past, the “pandemic risk premium” was never factored into the overseas manufacturing business decision and it now must be included as part of the equation.

In investment and finance, we are taught that a diversified portfolio offers a form of protection against volatility and loss of value. So why don't we embrace this policy in manufacturing? I don't want 90% of our pharmaceutical drugs manufactured in China, because not only have they exported the disease, but they are threatening a second pandemic wave by potentially withholding the pharmaceuticals and drugs needed to treat and cure the patients suffering from the epidemic they themselves caused. This is worse than being both the arsonist and the firefighter. This is Patient Zero knowingly failing to take preventive actions that could have limited a global plague, and then becoming the pharmacist who controls the supply of drugs.

I never thought that I'd find myself saying this, but I support Donald Trump's plan to bring more manufacturing back to the United States. I just didn't think that bringing back manufacturing to North America (Mexico and Canada) would work given our higher labor rates and the straightforward economic law of low-cost labor calculations. But the concept of a pandemic risk premium has rendered these one-dimensional economic calculations based solely on lowest cost production, obsolete. Once the true costs of the pandemic are factored in, domestic production becomes a lesser cost alternative.

We are busy managing this health pandemic and crisis, but once it is stabilized, calls will grow to cut China out of our economic life and find ways to make China pay for its transgressions. American consumers must demand it.

The Chinese have a term for Americans called Meiguo Ren. It translates into the beautiful country’s people. I often thought there was a deeper meaning to this: that it was meant to flatter, seduce, and disarm us. China must have thought we were beautifully stupid and naive for transferring so much wealth, technology, and data to a land that does not share our values but seeks to diminish them. China has been letting its multiple crimson contagions rip all over the world for a long time and the Meiguo Ren must be collectively united in ordering China to pay a lion’s share of the tab.