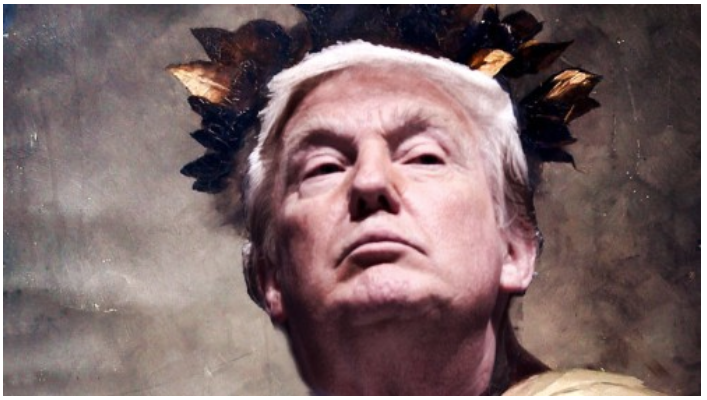 DC DISPATCH-On Saturday, January 18, 2020, the seven Democratic House members selected by Speaker Pelosi to argue the Democratic case for impeachment made history by submitting their 111-page legal brief to the Senate.

One day later, the Republican lawyers, White House Counsel Pat Cipollone and Jay Sekulow, the President’s personal attorney, submitted their 171-page single-space rebuttal. Strangely, neither Alan Dershowitz nor Ken Starr were named in the brief and both were absent from the Senate floor for the procedural discussion of the rules.

The second phase of impeachment -- the trial -- is now underway in the Senate. Majority Leader Mitch McConnell submitted the rules which would govern the proceeding just 12 hours before the trial was to begin. Confident that he could ram through a process that would only allow each side 24 hours to argue their case and would not allow any decisions on the admissibility of documents, witnesses and evidence until after each side had made their case.

This approach, which LA’s Congressman Adam Schiff appropriately termed “ass backward,” was vociferously challenged by Democrats and a handful of Republicans behind closed doors. Sensing the rumblings of dissent in his caucus, McConnell quickly amended the resolution to allow three days for argument and to permit evidence produced in the House hearings to be part of the Senate record. All efforts to include new documents or new witnesses in the Senate were defeated along strict party lines, leaving until after oral argument any decision on whether new witnesses, like John Bolton and Mick Mulvaney, or documents from the White House, the State Department or the Office of Management and Budget would be produced.

The Democratic brief was carefully tethered to facts, constitutional principles, and specific abuses of power and obstruction of Congress. It points out the reason to impeach Donald Trump now, nine months before an election, is that his request to the President of Ukraine to “do us a favor, though” was exclusively to help the President cheat to affect the outcome of the 2020 election by providing harmful information on his opponent, Joe Biden, regardless of whether it was true or false. His actions had nothing to do with controlling corruption in Ukraine or protecting our national security.

Democrats argue that if they fail to check Donald Trump’s conduct now, he will continue to abuse his power going forward, possibly affecting the outcome of the election and continuing to affect the country’s national security. His previous conduct -- cooperating with the Russians to affect the outcome of the 2016 election, as well as obstructing the Mueller investigation to prevent the public from discovering the truth -- establishes a pattern that emphasizes why his ongoing obstruction is so dangerous. Failure to check a President who refuses to cooperate in any way with Congress’ oversight function will lead to a gross distortion of the separation of powers and is the very definition of an abuse of power the founding fathers were obsessed with protecting against.

In contrast, the Republican brief is heavy on conspiratorial rhetoric and aggressive attacks in its approach. Long on terms like “charade” and “ridiculous,” it borrows heavily in tone and theme from Attorney General Barr’s disgraceful letter “exonerating” the President, issued prior to the release of the Mueller Report. It relies heavily on claims of “absolute immunity” to justify the President’s refusal to supply any documents or witnesses to the House Impeachment hearings.

The brief further argues that the President did nothing wrong -- the phone call with Zelensky was a “perfect call” -- asserting that it was entirely appropriate for the President to “pause” the transfer of military aid to Ukraine and to request an investigation into the Bidens be undertaken. Trump and his lawyers argue that Article II powers broadly protect his actions without restraint, therefore the President cannot abuse his power. As a secondary argument, the President’s lawyers claim that since the Democrats failed to allege a specific crime under the “High Crimes and Misdemeanors” clause, the impeachment must fail, and the President must be acquitted.

Simply put, Cipollone and Sekulow thought their brief would stand on its own and they would get to the substance later in the week. They thought that the first day’s schedule would focus on procedure and the rules, but Congressman, Adam Schiff, moved quickly to focus on the facts of the case at every chance he got, leaving the President’s lawyers flatfooted and confused. The President’s lawyers want the rules to prohibit any new documents or witnesses and argue that these issues can be discussed after the parties present their cases. But, as Schiff has pointed out, delay does not mean “when” or “later,” it means “never.”

Meanwhile, Schiff is building a narrative, brick by brick, and working furiously to put evidence into the Senate record so that it will be preserved for later discussion in the event that new evidence is not allowed. He also questioned the tactics underlying Team Trump’s macro legal strategy. “Ask yourself (as they attack) what are they trying to divert you away from?” Trump is the master of distraction and he has a massive team of supporters carrying out his made-for-TV tactics.

But Schiff kept his arguments laser-focused and pointed out that the President hasn't even officially asserted executive privilege, as this would require reference to specific documents that Trump would then have to produce. Trump’s lawyers may argue defective process as a reason for refusing to answer subpoenas but will continue to fight tooth and nail to prevent the production of any documents, since that would be disastrous for their case.

Later in the week, the President’s defense will bring in the big guns (javelins), Dershowitz and Starr to make their constitutional arguments and dazzle the TV audience. And while some of the Democratic managers may not be a worthy match, Schiff, with his exquisite command of the facts, should be able to hold his own, even with a deck heavily stacked against him. But in the end, will any of this matter? McConnell controls the Senate rules. He has openly admitted that he is working hand in glove with the White House -- the seamless con -- and the result, acquittal, is pre-ordained.

So, if our President can't be indicted, can't be investigated, and can commit a crime but not face any consequences while he is in office, how is he any different from a member of the British royalty? Surely, Donald Trump is not insisting that he should be treated as a British King? Yet, if his lawyers’ arguments are taken to their logical conclusion, that is where we will end. If the Senate fails to conduct a serious trial, then we will end up with an unchecked tyrant and the Impeachment Clause of the Constitution will, in the words of the noted Harvard Constitutional scholar, Laurence Tribe, end up as a “lifeless husk.”

So McConnell technically won the day having his procedural rules adopted in the wee hours of the morning after defeating 11 Democratic amendments, but what did the public see? A Republican majority unmoved by facts and unwilling to seek the truth. It was not a pretty sight. Meanwhile, Schiff was like Horatius at the gate, fighting to stave off the inevitable but valiantly making his points and ensuring that the President and his Senate cohorts will be weakened at the ballot in November.

As Tom Friedman put it in his NY Times editorial, “Keep it simple. Why would an innocent man and a jury interested in the truth, not want all the evidence out and all the witnesses to testify? Wouldn’t you if you were innocent?”

(Sara Corcoran writes DC Dispatch and covers the nation’s capital from Washington for CityWatch. She is the Publisher of the California and National Courts Monitors and contributes to Daily Kos and other important news publications.) Edited for CityWatch by Linda Abrams.