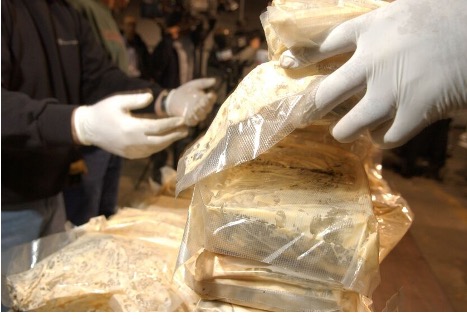 GUEST COMMENTARY - Many Americans seem to be giving up.

Adults and kids are getting hooked on drugs and dying of overdoses in unprecedented numbers. Homelessness is a long-term way of life for a certain segment of the population.

Even among those of us with a roof over our head, a majority of Americans are now obese and sedentary. We live life from our sofas, glued to social media and arguing with others and seem to constantly be moving further apart on important issues.

It feels like the very fabric of American society is being ripped apart from under us.

Now comes the news that homeless advocates are suing the city of San Francisco, asking that the city stop “harassing and destroying” the property of homeless people. These activists want the city to spend billions of dollars to house the unhoused.

Similarly, in places like Portland “activists” are vandalizing businesses that dare to speak out against the homeless encampments that have destroyed their livelihoods.

Everyday tax-paying citizens say they simply don’t want to live in open-air drug markets and have their livelihoods and quality of life destroyed by squalor.

Just one more reason for Americans to be at odds with one another.

Why is this happening? To put it bluntly: A large segment of the population has simply given up. Adults and young people alike.

Experiencing health problems, the unexpected death of a loved one, longtime financial hardship, losing a job or simply feeling like life didn’t deliver what we wanted can lead people to feel like giving up. For most of us it’s a temporary feeling. But for a growing number of folks it seems to be an all-out lifestyle choice.

Yet the story of America has always been one of perseverance and of being of service to the greater good rather than just individual needs.

So amid all this chaos and confusion we decided to make a movie about baseball, a sport that is the ultimate metaphor for not giving up. In fact, in baseball, as in life, every time you try and fail you get closer to success. The more you take a swing the more likely you are to have a hit. The danger is in not trying.

This is an important message in times like these.

As filmmakers we noticed that America itself seems to be in the 7th Inning stretch of a losing game.

At the same time, we live in a time when many people don’t connect spiritually because they have simply turned down the volume on the part of their minds that connects to something larger.

Our feature film, “Running the Bases,” is about a small-town baseball coach who gets the offer of a lifetime from a larger 6A High School, uproots his family and leaves the only home he's ever known. But as a man of faith, he soon faces extreme opposition to his coaching methods from the school superintendent, a man who lost any faith he once had when his wife died and he was left a single father. The main character refuses to compromise his faith and in doing so inspires others to drop the so-called rock of faithlessness, face their inner demons and allow God into their lives.

As independent filmmakers who remember a country filled with optimism and hope – and movies that used to reflect those national traits – myself and writer / director Jimmy Womble decided that the all-American sport of baseball would be the perfect topic for a film about triumph and hope.

We wrote, produced and directed “Running the Bases” because we felt a deep calling to make this movie based on what we saw happening in society. As part of my video production work I’ve always tried to harness the turmoil of life’s journey to shine new light into the dark world and plant seeds of grace in households across America. Jimmy and his company, Womble Media Productions, have produced marketing and training videos for Fortune 500 companies and motorsport events. His ability to evoke emotion often left his clients in tears – puzzling some of his co-workers – but that gift made him the perfect man for this job.

Making the movie amid what sometimes seems like the end of the world was a lot like the game of baseball. We were met with obstacles from start to finish. First, and most importantly, we have no experience in the feature film industry and many people told us we were crazy to try and make a faith-based film with no such credits to our names.

But throughout the process we kept trying. We kept swinging. We paused. We slept on it. We got up the next day and tried again. In other words we kept moving forward despite incredible odds stacked against us. During the process of making this film one of our favorite things to hear was “This isn’t how it’s done” because when we heard that we knew we were right track. Whenever someone said that we found a way to do it exactly that way. For instance: We were told “No way” when we approached distribution channels and so we created our own distribution company.

Today we are heartened by our 96 percent positive viewer rating on Rotten Tomatoes and by reviews like these:  “I thought this was (just) a sports movie but after seeing it I was so amazed by it and I’m glad I went!”

Just like in the movie, as we worked on this project we found that our answers always showed up in the 7th inning and worked his miracles despite the obstacles.

We believe there is a miracle in store for America as well.

We made this movie about baseball. But really it’s about never giving up and staying centered in the spirit.

We also wanted it to be a movie that the whole family could watch together and find inspiration in and begin to “live their faith out loud.”

It’s inevitable that as humans we will experience trauma and burnout in our life. But when we don’t deal with these issues with God and other believers, the habit of giving up can become just that – a habit.

Not giving up can seem overwhelming. Parents all over American work during the day, then come home and work a “second shift.” That means taking care of kids, cleaning, cooking, coaching. They may have a spouse who does little to help. Those in high-pressure jobs, such as nursing and policing, also experience burnout.

People who have experienced abuse throughout childhood and even adulthood, and our veterans may be suffering from post-traumatic stress disorder (PTSD) and experiencing nightmares, daytime flashbacks and intrusive thoughts. In other words they rarely feel safe in the world.

Others cope with daily stress by becoming addicted to food, alcohol, prescription drugs – all things that seem to help at first and only make this sense of hopelessness stronger later on.

So how do we stay afloat and move forward when there’s so many ways to lose our faith and our will to keep going?

We strengthen our resolve, our connection to something greater and keep trying. And that is exactly what Running the Bases is about. Never giving up.

We are now in the time of harvest. This is our heart and our passion and we hope it will become yours too.

(Marty Roberts is the co-founder of UP2U Films and the recipient of many Telly Awards and Communicator Awards for his high-quality productions. He has worked with PBS, CBS, NBC and Fox Sports.)