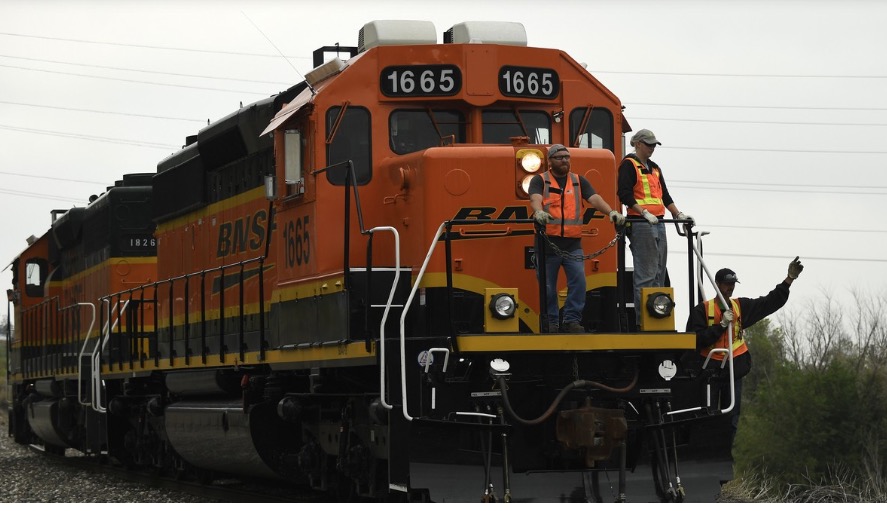 RAIL STRIKE - President Joe Biden took a victory lap on Thursday after his administration helped broker a deal to stave off what would have been the first national freight railroad strike in 30 years.

But the potential crisis is not over until rank-and-file rail workers vote on whether to approve the agreement — which could take weeks.

“Until railroad workers in the coming days can digest this and have their questions answered, there’s no consensus able to build on whether this deal is good, bad or ugly,” said Ron Kaminkow, a Nevada-based engineer and member of the Teamsters-affiliated Brotherhood of Locomotive Engineers & Trainmen (BLET).

The tentative agreement reached early Thursday covers over 60,000 workers with the BLET and the Sheet Metal, Air, Rail and Transportation Workers-Transportation Division (SMART-TD), two of 12 rail unions that have been in contract negotiations with the major freight rail carriers for nearly three years. While the other unions had already reached tentative deals, the BLET and SMART-TD were the last holdouts.

BLET President Dennis Pierce, who was directly part of the high-stakes negotiations, told In These Times that in accordance with the union’s internal processes, the tentative agreement will first be reviewed by the union’s general chairmen, who will finalize the document before it is sent out to the membership for a ratification vote via mail.

“This is probably going to take three to four weeks to [get full details into the members’ hands],” Pierce said. ​“It’s not a delay tactic, it’s just the way the process works. Everyone needs to remain calm, because they will have their day to exercise their democratic rights on whether they want this to be their contract or not.”

At the center of the labor dispute is draconian attendance policies, which don’t allow workers to take sick leave — and force them to be on-call 24/7. In recent decades, major Class I rail carriers like BNSF, Union Pacific, Norfolk Southern and CSX have implemented ​precision scheduled railroading (PSR) — a kind of lean production, just-in-time model designed to maximize shareholder profits by slashing expenses.

Because of PSR cost-cutting, over the past six years, the major Class I railroads like BNSF, Union Pacific, CSX and Norfolk Southern have slashed their collective workforce by 29percent (around 45,000 workers), leaving the industry woefully understaffed and putting extra strain on workers already accustomed to long, irregular hours.

“We used to work under much more flexible attendance policies that we could self-select when we needed time off for ourselves or our families within reason, before these carriers embraced PSR and started clamping down on these attendance policies,” said Ross Grooters, an engineer and BLET member based in Iowa.

While PSR has harmed workers, shippers and consumers, it has led to the rail carriers recording record profits, with shareholders raking in $183 billion in buybacks and dividends since 2010.

Since 2020, two coalitions of 12 rail unions — dubbed the ​“United Rail Unions” — have been in negotiations with the major railroad companies, represented by the National Carriers’ Conference Committee.

Alongside sick leave and holidays, other key issues at the negotiating table have included wages, healthcare and staffing, with the rail carriers demanding that freight train crews be reduced from two workers to just one.

In an early effort to avert a strike, this July, Biden appointed a Presidential Emergency Board (PEB), consisting of three labor law experts, with the purpose of examining the dispute and proposing a fair settlement.

After a month-long investigation, the PEB issued its report on August 16. While recommending a headline-grabbing 24 percent compounded wage increase by 2024, the emergency board called on the unions to withdraw their demands for paid sick leave and added holidays, while also refusing to make recommendations on train crew size.

The next day, the rail carriers declared they were ​“prepared to meet with the rail unions and reach agreements based on the PEB report without delay.” But some rank-and-file railroad workers took to social media to express their disgust at the emergency board’s recommendations, angry that they did not resolve central issues around leave and attendance.

In a survey of over 3,000 rail workers from multiple unions conducted in late August byRailroad Workers United—an inter-union, cross-craft solidarity caucus of rank-and-file railroaders — a whopping 93 percent of respondents said they would vote to reject the PEB recommendations if they were offered as a tentative contract agreement.

One phrase from the PEB’s report particularly stood out to many workers, offering a clear picture of what their employers think of them: ​“The [rail] Carriers maintain that capital investment and risk are the reasons for their profits, not any contributions by labor.”

“It really shows how out of touch rail carriers are to say that out loud,” Grooters said. ​“We as workers are fighting for human dignity at this point, just to be recognized as part of the reason that these carriers are extremely profitable.”

In the weeks after the PEB report, most of the unions reached tentative agreements with the railroads based on the emergency board’s recommendations. So far, at least two unions have ratified their agreements (the Transportation Communications Union and the Brotherhood of Railway Carmen), but members of the International Association of Machinists and Aerospace Workers (IAM) District 19 voted to reject their tentative deal, delaying a possible strike by that particular union to September 29. Others are still in the process of voting.

Entering this week, with a potential strike on the horizon on September 16, only SMART-TD and the BLET — the two largest rail unions — still did not have tentative agreements. In an apparent attempt to ratchet up the pressure, the rail carriers announced embargoesof fertilizer, ammonia and other chemical products crucial to agriculture, while Amtrak began canceling long-distance passenger service.

“The railroads are using shippers, consumers, and the supply chain of our nation as pawns in an effort to get our Unions to cave into their contract demands knowing that our members would never accept them,” SMART-TD President Jeremy Ferguson and BLET President Pierce said on September 11. ​“Our Unions will not cave into these scare tactics, and Congress must not cave into what can only be described as corporate terrorism.”

On Wednesday, citing the economic disruption a rail strike would cause, Senate Republicans attempted to end the negotiations by forcing the PEB’s recommendations onto the unions, a move that was blocked by Sen. Bernie Sanders (I-Vt.).

“The CEOs in the freight rail industry need to understand that they cannot have it all,” Sanders said on the Senate floor. ​“The rail industry must agree to a contract that is fair and is just. And if they are not prepared to do that, it is time for Congress to stand on the side of workers for a change.”

“If [a railroad strike] is going to devastate the economy,” said Kaminkow, ​“then why doesn’t the government clip the wings of these Fortune 500 corporations that are pushing us to these kinds of limits? That question is never asked.”

Early Thursday morning, after a marathon bargaining session in Washington, D.C. convened by Secretary of Labor Marty Walsh that included Biden’s personal involvement, the unions and rail carriers reached a tentative deal that goes above the PEB’s recommendations by reportedly allowing workers to take voluntary assigned days off and one additional paid personal day.

In a joint statement, Ferguson and Pierce explained that ​“for the first time ever, the agreement provides our members with the ability to take time away from work to attend to routine and preventive medical care, as well as exemptions from attendance policies for hospitalizations and surgical procedures.” The deal also protects two-person crews ​“for the indefinite future,” according to the union presidents.

“These rail workers will get better pay, improved working conditions, and peace of mind around their healthcare costs: all hard-earned,” Biden said in a statement. ​“I thank the unions and rail companies for negotiating in good faith and reaching a tentative agreement that will keep our critical rail system working and avoid disruption of our economy.”

The tentative agreement must now go out to the union membership for review and approval, which could take several weeks.

“Now it’s up to the rank-and-file union members to evaluate this deal and determine whether it works for them,” Sanders said on Thursday. ​“I will respect and support whatever decision they make.”

Without the precise contract language in front of them, railroad workers have many questions about the details of the tentative agreement, including how exactly assigned days off will work. Some have already suggested on social media that they will vote to reject the deal.

Kaminkow said that he and his fellow workers are skeptical because they’ve ​“been lied to so much by politicians, union leaders and other powers-that-be.”

But BLET president Pierce stressed that union leadership has been hard at work communicating with members about negotiations throughout the bargaining process and will continue doing so.

If the tentative agreement is rejected, the railroads may again be headed for a national strike or lockout later this year, unless Congress imposes an agreement.

“We’re following the law, we’re going to be communicating with the members. They did not give up their right to strike,” said Pierce. ​“If the majority votes no, we will be right back in about eight weeks time to where we sat yesterday.”

“Even if we accept this agreement, it’s not over,” Grooters said. ​“We’re still going to be fighting for basic human dignity and to preserve our freight rail system and make sure it functions safely.”

(Jeff Schuhrke has been a Working In These Times contributor since 2013. He has a Ph.D. in History from the University of Illinois at Chicago and a Master’s in Labor Studies from UMass Amherst. This article was featured in CommonDreams.)