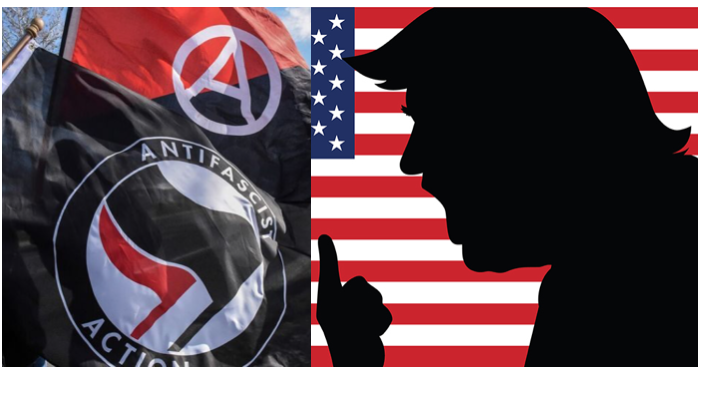 THE VIEW FROM HERE - In her recent book, Bad News: How Woke Media Is Undermining Democracy, Batya ngar-Sargon, claims that the media is run by the extremes leaving no media for the vast center.

Batya Ungar-Sargon feels that  5% is Alt Right, while 10% is Woke (aka Alt Left).  That leaves 85% of us in the center.  In November 24, 2021, CityWatch, Polarized Political Parties Push to the Precipice, this writer also arrived at the 15% vs 85% divide, albeit by a somewhat different calculus.  Dissecting how we each reached our 15% vs 85% division would be to quibble over trifles. The fact which needs our attention is that a few power mongers on the Right and a few power mongers on the Left do not represent the overwhelmingly large center of Americans.

The Left portrays Trumpists as the threat and the Right focuses on the rise of Wokerism.  However, it is the duty to the Left to cleanse its own house of racist Wokers, just as the GOP has to excise its extremists.  The Dems are powerless to reduce the Alt Right since each criticism only brings the Alt Right more members.  Because the Wokers are vastly overplaying their hand, they are forcing tens of millions of White voters to stick with the GOP.  Similarly, the religiosity controlling the GOP keeps out most Gays, Blacks, and Hispanics.

Nancy Pelosi’s attack on basic American values with her Group Rights agenda, called Identity Politics, replaces individual inalienable rights with  whatever benefits the group to which one belongs.  Going back to the destructive Victimology Philosophy which undermined President Johnson’s Great Society Programs including Affirmative Action, Pelosi’s philosophy is that minorities are too oppressed to prevail in America with the added dimension that all whites are responsible.  Only by banding together and electing the candidates whom Pelosi favors, and whom she finances and controls, can minorities hope to get a fair shake.  Pelosi and her Wokers ignored the US Supreme Court in Lawrence vs. Texas, 539 U.S. 558 (2003) which firmly placed Gay Rights on the individual inalienable right of liberty.  Obergefell v. Hodges, 576 U.S. 644 (2015) found an inalienable right of liberty of people of the same sex to marry. Justice Kennedy authored Lawrence and Obergefell both which were rooted in the centrist value of individual liberty.  Nonetheless, the Wokers still claim Gays as a group and most GOP exclude Gays as a group.  Pelosi is no fool. She knows that individual Liberty and Group Right’s concept of Equality are inherently incompatible.  June 14, 2015 Zwartz Talk, Liberty v Equality As Pelosi frequently promises/threatens, when the minorities become the majority of voters, they will exact their revenge on White America.

With Trump Temporarily Sidelined, the Focus is on Wokers

Tactics-wise, the Mad Tweeter and Wokers are similar – both vilify The Other while running roughshod over the facts.  The Wokers’ reactions to the verdicts in the Kyle Rittenhouse case and the Ahmaud Arbery case highlight the Wokers rejection of facts in order to perpetuated their anti-White racism.

Similar to how the Wokers defamed Nick Sandmann as a white racist when all he did was smile when confronted with a Native American chanting and beating a drum, the Wokers have no use for facts.  When the police and conservative media rush to judgment, which often is euphemism for ”frame,” the Liberal media recognizes injustice, but when they themselves have rushed to judgment, they double down on their error.

If Wokerism were about social justice, the right wing’s abuse of Kyle Rittenhouse would be a lead story.  Originally, a naive Kyle Rittenhouse retained two Trumpist attorneys Lin Wood and John Pierce, who not only set up scam fundraising to benefit themselves and not Kyle, but who also deceived Kyle into posing with The Proud Boys and giving the OK Sign without Kyle’s knowing that recently White Supremacist had coopted the hand gesture to signify White Supremacy. As Kyle relates, rather than use the funds to pay Kyle’s bail, they allowed him to remain in jail for 87 days because it benefited their self promotion.

For Wokers, however, Kyle must forever remain a racist murderer and he may not be any type of victim for one reason -- Kyle is White.  Anyone who actually cares for the Declaration of Independence’s individual inalienable rights and the US Constitution, would broadcast far and wide the victimization of Kyle Rittenhouse.  Instead, after learning the true situation, the Wokers still vilify him.  Wokers are loath to mention that the people whom Kyle shot were all White.  Then, Wokers go one lying step farther covering up that Joseph Rosebaum was an arsonist and not a peaceful BLM protester. Rosenbaum, who had criminal history of violence, had been released from a psychiatric facility earlier that day without even one day’s supply of his meds.  While in his crazed state, Rosenbaum attacked Kyle.  Since when has anyone in BLM promoted arson, destruction of property and threats to kill people?  Rosenbaum was simply a mental patient off his meds and not responsible for his bizarre behavior.  The Wokers are outraged to hear that Rittenhouse supports BLM.

Verdicts in Rittenhouse and Arbery Cases Are Both Correct

People who are consumed with divisive Group Rights be they Alt Right or Wokers do not value due process which is based on the individual inalienable rights.  Ahmaud Arbery was murdered because he was a Black man running down the street.  Yet, the local police would not arrest and the local prosecutors would not prosecute.  Worse yet, they would not even investigate. But for the peristence of Arbery’s mother, Wanda Cooper-Jones, the murderers, Travis McMichael, Gregory McMichael, William "Roddie" Bryan, never would have been brought to trial.  The video, which was so crucial to their conviction, was released by the Michaels in their belief that it would benefit them and thwart Arbery’s mother’s attempts to have justice.

Perhaps there was a time when no Georgia prosecutor would have brought this case and no Georgia jury would have convicted the defendants, but at least a foundation for the criminal justice system to treat people as individuals may have been laid.  The important lesson for America is that we are still highly suspectble to becoming a House Divided.

As Robert Frost Said, We Have Miles to Go Before We Sleep

All Americans should be greatly relieved that Rittemhouse was acquitted and that the perncious way in which his first attorneys Wood and Pierce abused him has been exposed. The fact that a Southern jury ruled that it is murder to kill a Black man for running down the street is a significant advance.  The 85% of us who are in the center of America cannot let the fringes continue to divide us.  When Thomas Jefferson penned the Declaration’s inalienable rights for all persons, he was not reporting the society’s current condition.  He was setting the foundation for constant improvement. Tikkun Olam in Jewish tradition means mankind’s duty to “repair the world.”  All great traditions have the concept that “we can be better.”  Our heads may be bloody but unbowed.

The group rights power mongers on the Right and on the Left will not relent, because their power rests in our division. 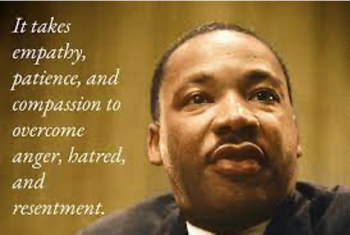 THE DOCTOR IS IN - It's quite obvious that many (perhaps most) of those who read (or at least write for) CityWatch believe that the one-party ruling system of Los Angeles and California is just great. 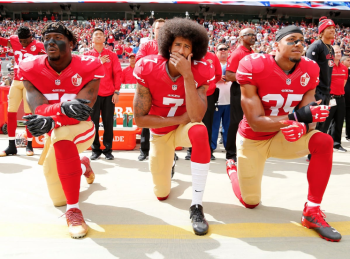 When Did Sports and Politics Become First Cousins?

POLITICAL GAMESMANSHIP - Sporting events have been seen as virtually sacred by many. 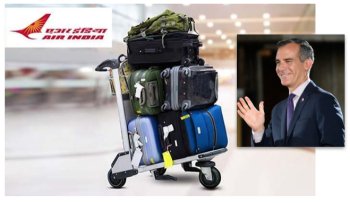 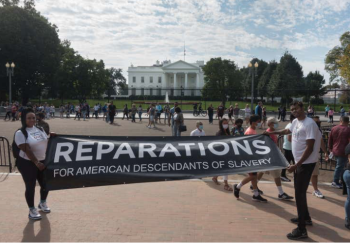 RACIAL RECKONINGS - If you got burnout from circulating the same book list on how to be an antiracist to your white colleagues and friends, here’s a story that might just restore your hope in the definition and practice of true allyship. 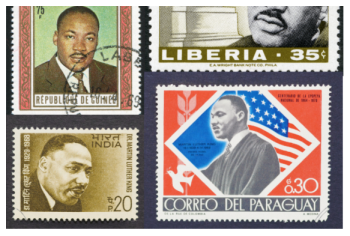 REMEMBERING MLK, JR. - We celebrate Martin Luther King, Jr. Day not only to commemorate King’s historic role in overcoming racism and other injustice, but because his work and vision remain relevant. 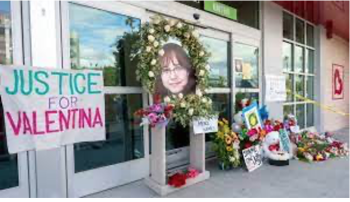 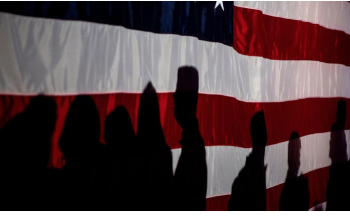 We Are Not a Democracy, Nor Should We Become One! 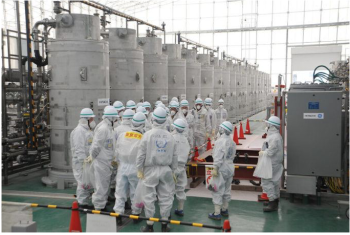 Fukushima Takes a Turn for the Worse

NUCLEAR WASTE OF TIME - Tokyo Electric Power Company-TEPCO- has been attempting to decommission three nuclear meltdowns in reactors No. 1 No. 2, and No. 3 for 11 years now. 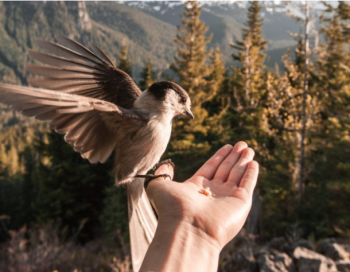 The Myth Of The Good War

COMMENTARY -  Love thy enemy? I get a chance to do so on a regular basis, thanks to the email (or nasty-mail) I sometimes get in response to my column, e.g.: 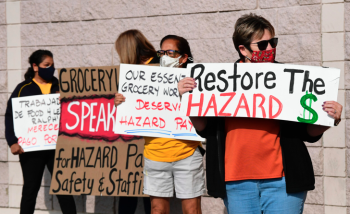 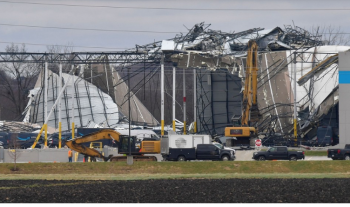 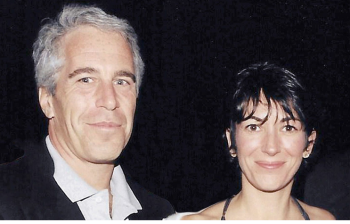 COVID-19 Might Be Overcome, But Epstein/Maxwell-Style Child Trafficking...Not So Much! 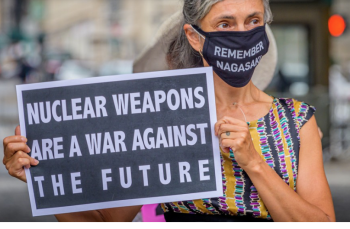 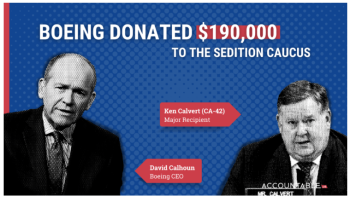 Selling Out Democracy For Political Influence

DEMOCRACY WATCH - One year ago, the foundation of our democracy was jeopardized in a full-blown coup attempt by seditionists egged on by former president Donald Trump. People died. 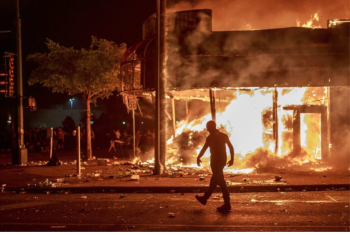 Is This The End Of Progressive America?

PROGRESSIVE POLITICS - Over the past several decades, the progressive Left has successfully fulfilled Antonio Gramsci’s famed admonition of a “long march through the institutions”. 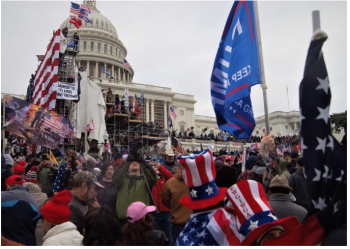 THE CAPITOL - In retrospect, the attempted insurrection at the Capitol was about a great deal more than an angry expression of disappointment by the populist side of gun culture America. 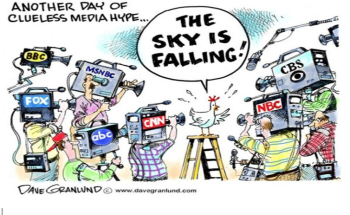 Silent No More: The Left Loses Its Monopoly on Narrative Setting

MARC'S ANGLE - Americans are finally getting hip to the mass manipulation by the media. 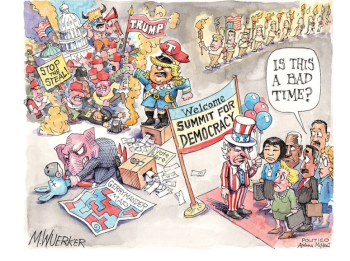 The Rise Of Oligarchy In America 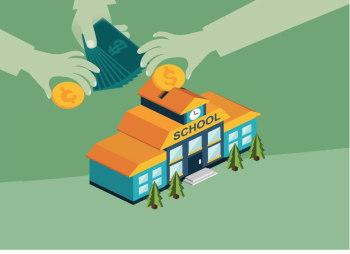 Are Schools for Learning or for Profit?

COMMENTARY - Since their inception, there have been many arguments both for and against charter schools. 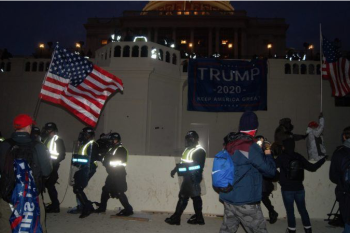 How to Fight the Next Coup

DEMOCRACY WATCH - As we approach the first anniversary of the attack on the United States congress, it is imperative to understand that the threat to democracy is not over. 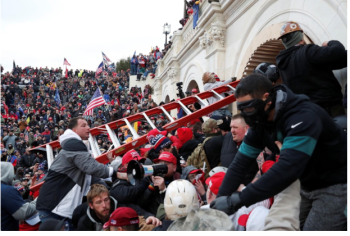 The Party Of January 6

INSURRECTION ANNIVERSARY - The defeat of Donald Trump in 2020 was supposed to put an end to America’s delusional national politics.