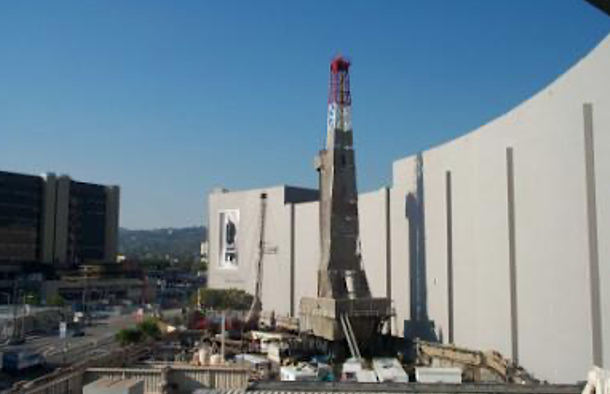 COMMENTARY - Los Angeles was built on oil, literally, and remains the largest urban oilfield in the world. The Hollywoodland sign and the movies came later.

Drilling started in the early 1890s north of the city in what is now the Westlake area, and now stretches from the Beverly Hills Oil Field, down the La Cienega corridor to Wilmington and on to Signal Hill in Long Beach. 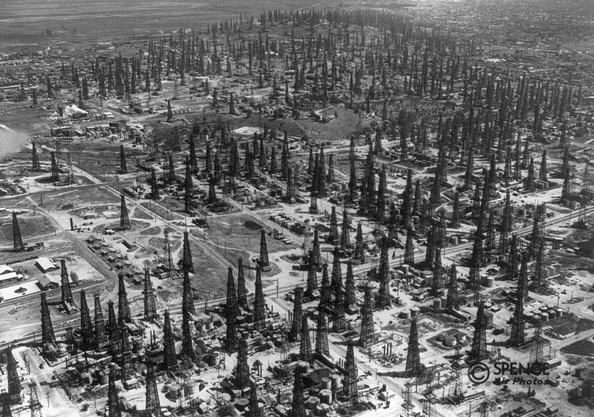 By 1930, one quarter of the world's oil output came from California.

In the past 15 years, the number of active wells has actually increased with the advent of fracking making it cost-effective to reopen previously tapped-out operations.˜

Today, over half a million Angelenos live within a quarter mile of an active oil well, one third of us within a mile of a drilling site, some as close as 60 feet.

Oil trains coast through our city. Gas pipelines run beneath it. Refineries operate in Carson, Wilmington, and El Segundo. Methane percolates from unplugged wells. And oil-fueled cars and trucks keep on polluting.

Do we live in the City of Angels or of devils?

How many of us realize that there are 54 active wells drilling down over 3,000 feet and horizontally outwards from the Beverly Center across San Vicente from the Cedars Sinai hospital complex? 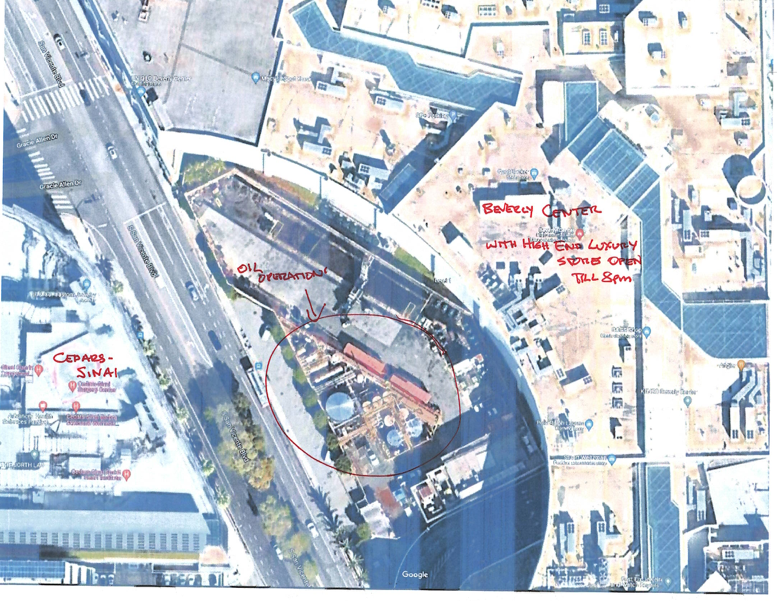 How about the 40 wells in the Ballona Wetlands with end-of-life infrastructure, and a methane gas facility in Playa del Rey?

This has to stop. And a massive clean-up needs to be initiated to ensure future health for all of us, especially the children whose developing endocrinal systems are particularly susceptible to the toxins emitted by oil and gas operations.

First, since they have absolutely no moral right to continue polluting our air, our land and our water, damaging our health and threatening our world’s future, we should call on federal and state and local governments to immediately stop all subsidies and tax incentives that constitute corporate welfare.

The industry may have the might of hordes of lawyers and lobbyists on their side but there are more of us and it’s OUR tax dollars that are being exploited.  But we the people have right on our side.

Because Big Oil can’t be trusted and smaller ventures may not have adequate resources, all of these companies they should pay an annual tax to return all the corporate welfare giveaways of public money they have received, at least since the 1980s when they realized that fossil fuel was killing the planet.

This tax fund should be dedicated to remediating the damaged land, caring for those whose health has been impaired and to kick-ass the immediate shift to clean green energy.

And since we have more power at the local level, let’s keep explaining to our Councilmembers that, in the long run, these remediation costs far exceed any economic benefit of continued oil operations.

And that is before consideration of quality-of-life issues and the impact on children’s brain development.

Even if our elected officials may be subject to the sway of industry money, it is also their health and the future of their children at risk here. 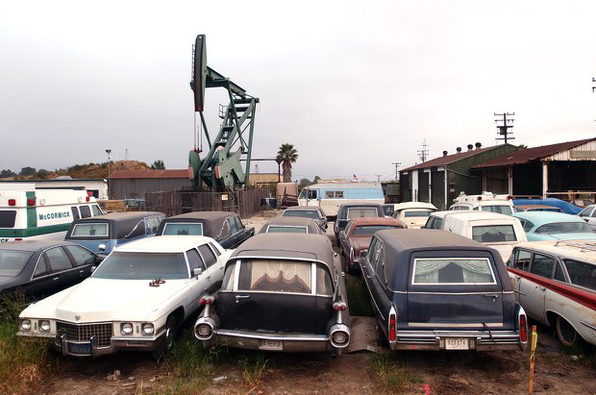 What is being done… or not

At the City level, there is Council File 17-0447 which has been cycling through Councilmember s’ offices and committees since 2017 after years of work to bring the issues to the attention of City Hall.

In 2018, City Controller Ron Galperin issued a report three-and-a-half years ago raising concerns and making recommendations but, other than lip service, nothing appears to have been done.

There is no reason that these have not been pushed through other than the profits of the oil industry (and, could-it-be? – the largesse indirectly spread among our elected officials).

A year and a half ago when increased risks of contracting and dying from Covid was linked to air pollution, there was every reason that these should have been expedited.

At the County level, in September the Board of Supervisors unanimously approved two motions that will lead to shutting down existing oil drilling and transitioning fossil fuel workers to careers in clean energy. One of the facts cited was that of the people living in close proximity to oil operations, 73% are people of color.

There is no way that the owners of the Inglewood Oil Field will not pull out all the stops to contest this. And they will be joined by other deep-pocket companies that see the writing on the wall.

The State is moving forward, at least on paper, with CalGEM issuing a draft 3,200 setback rule… with a whole lotta loopholes.

Environmentalists demanded Newsom immediately halt issuing new drilling permits, especially for fracking and in light of the two recent spills off Huntington Beach, but the oil and gas lobby has rallied the industry’s employees to further nudge the government which relies on oil and gas taxes for part of its income away from any serious restrictions.

Earlier this year, SB 467 which would have established health and safety setbacks and commenced a phase out of the most dangerous drilling practices, while prioritizing the transition of oil and gas workers to better jobs died in committee.

It was based on solid research showing that 2,500-foot setbacks between oil and gas drilling and homes, schools, hospitals, daycare facilities, and prisons was the bare minimum needed to protect people from asthma, cancers, high-risk pregnancies, and an increased risk of COVID-19 from fossil fuel pollution.

Despite Biden riding to the White House on his opposition to climate change, there have been few tangible results so far. Line 3 is still progressing across indigenous lands in Minnesota despite strong and often violent clashes with protesters and Alberta tar sands is still flowing through pipelines and by trains to California ports.

The refineries in Wilmington, in the Harbor area of Los Angeles, in Richmond in central California, and in “Cancer Alley between New Orleans and Baton Rouge, continue to poison poor neighborhoods, especially those of color.

And then there were the incremental advances of COP26, the most satisfying of which is that there will be a COP27 to continue addressing fossil fuel exploitation and use around the world.