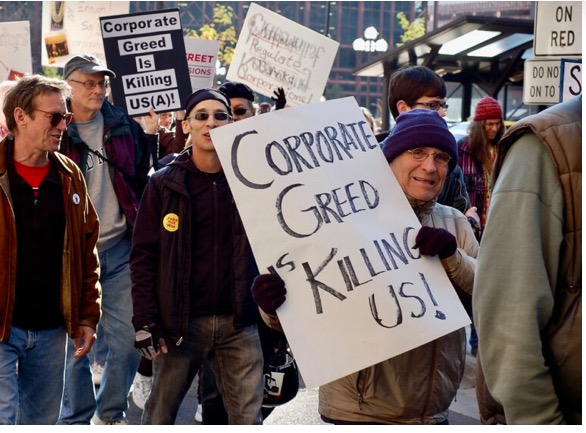 GUEST COMMENTARY - In 2018 and 2020, Big Real Estate spent a total of $175.4 million to kill rent control ballot measures in California, aggressively protecting its ability to charge higher and higher rents.

Two years later, several of the top contributors to the anti-rent control campaigns are now facing lawsuits and possible federal investigations. Why? Through a Big Tech software program, those corporate landlords allegedly schemed together to inflate rent prices. The major scandal shows that rent control is desperately needed to rein in the predatory business practices of Big Real Estate and Big Tech.

In 2018, as rents were skyrocketing and homelessness was worsening in California, a broad coalition of housing justice groups, social justice organizations, and labor unions aimed to repeal statewide rent control restrictions through a ballot measure called Proposition 10. Fearing the loss of billions in revenue from charging sky-high rents, Big Real Estate aggressively pushed back. Corporate landlords and other real estate heavyweights spent a shocking $77.3 million to fund a massive disinformation campaign that killed the initiative.

In 2020, the same grassroots coalition sought to reform statewide rent control restrictions through Proposition 21. (Housing Is A Human Right and its parent organization, AIDS Healthcare Foundation, sponsored both Prop 10 and Prop 21.) For that campaign, Big Real Estate shelled out a staggering $98.1 million to confuse and trick voters, and it worked – Californians didn’t pass the initiative. Interestingly, California YIMBY, the land-use lobbying group for Big Tech, refused to endorse Prop 10 and Prop 21.

Fast forward to 2022. Housing justice activists have long said that corporate landlords and other predatory landlords have been charging excessive rents to rake in maximum profits – and that rent control was needed to protect middle- and working-class tenants and stabilize the housing affordability crisis. The widening RealPage scandal has only underscored that point.

On October 15, ProPublica published an explosive report titled “Rent Going Up? One Company’s Algorithm Could be Why.” It examined the nationwide impacts of YieldStar, a software program owned by RealPage and used by the real estate industry to set inflated rent prices for apartments.

“The software’s design and growing reach have raised questions among real estate and legal experts about whether RealPage has birthed a new kind of cartel that allows the nation’s largest landlords to indirectly coordinate pricing, potentially in violation of federal law,” wrote ProPublica reporter Heather Vogell.

She continued: “Experts say RealPage and its clients invite scrutiny from antitrust enforcers for several reasons, including their use of private data on what competitors charge in rent. In particular, RealPage’s creation of work groups that meet privately and include landlords who are otherwise rivals could be a red flag of potential collusion, a former federal prosecutor said.”

Vogell added, “At a minimum, critics said, the software’s algorithm may be artificially inflating rents and stifling competition.”

She also noted that “at times [RealPage] has appeared to urge apartment owners and managers to reduce supply while increasing price,” a cutthroat strategy that was executed by Camden Property Trust CEO Ric Campo. “The net effect of driving revenue and pushing people out was $10 million in income,” he told a trade publication. “I think that shows keeping the heads in the beds above all else is not always the best strategy.”

RealPage has an enormous, worldwide influence on the rental housing market: the company “serves over 19 million units worldwide from offices in North America, Europe, and Asia,” according to its website. The unfolding scandal, in other words, has global implications.

As things stand today, class-action lawsuits in California and Washington state have been filed against RealPage and several of its corporate clients. Seventeen Democratic members of the U.S. House of Representatives urged the Department of Justice and the Federal Trade Commission to investigate RealPage. And U.S. senators Amy Klobuchar, Richard Durbin, and Cory Booker also called for a Department of Justice inquiry.

“We are concerned that the use of [RealPage’s] rate setting software essentially amounts to a cartel to artificially inflate rental rates in multifamily residential buildings,” Klobuchar, Durbin, and Booker wrote.

Recently, U.S. senators Tina Smith, Elizabeth Warren, Bernie Sanders, and Edward Markey sent a letter to RealPage CEO Dana Jones, demanding answers about her company’s software. Among a number of important questions, the politicians wanted to know how many clients use RealPage’s YieldStar, what was the average annual percentage increase in rent for all clients, and how frequently does YieldStar recommend holding units vacant in favor of higher rents.

On November 23, ProPublica reported that the Department of Justice’s Antitrust Division has opened an investigation into whether RealPage is “facilitating collusion among landlords.”

Housing Is A Human Right also broke the news that RealPage shelled out a total of $1 million in campaign contributions to stop Proposition 10 in 2018 and Proposition 21 in 2020 – the rent control ballot measures that were backed by the coalition of housing justice groups, social justice organizations, and labor unions.

Desperate to stop anything that kept them from carrying out their predatory business practices, Essex Property Trust laid out $8.9 million in campaign contributions to kill Prop 10 in 2018; Equity Residential delivered $5.2 million; and AvalonBay Communities handed over $4.2 million.

In 2020, those same corporate landlords shelled out even more millions to stop Prop 21. Essex Property Trust delivered $17.3 million to the No on Prop 21 campaign; AvalonBay Communities gave $12.8 million; and Equity Residential laid out $12.7 million. Astonishing sums.

In total, Big Real Estate delivered $174.5 million to kill Prop 10 and Prop 21 so they could keep gouging renters – and that includes RealPage’s contributions. For activists, it’s crystal clear: Big Real Estate and Big Tech must be reined in. Rent control will swiftly and effectively do that, protecting millions of middle- and working-class tenants.

(Patrick Range McDonald is the award-winning advocacy journalist for Housing Is A Human Right.)