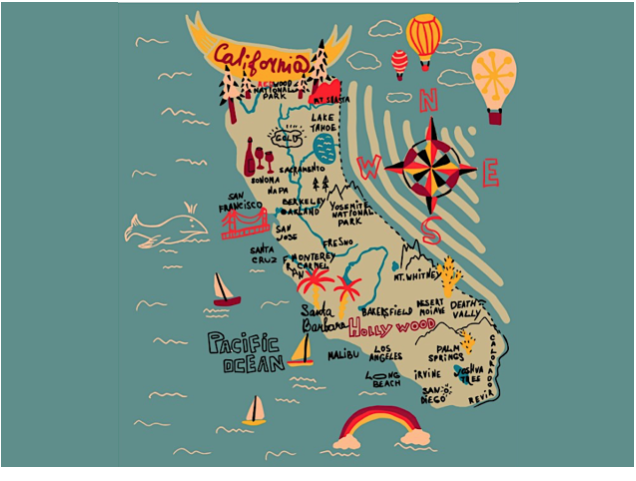 CALIFORNIA MATTERS - The first Europeans to visit California were Spanish explorers who assumed it was an island and named it for a fictional island in a 16th century Spanish novel, occupied by a band of woman warriors led by a queen named Calafia.

Later, of course, it was understood that California is geographically attached to North America, a situation unlikely to change unless a cataclysmic earthquake detaches it. Nevertheless, Californians have often seen themselves as somehow separate from the rest of the United States.

That tendency, or conceit, manifests itself in unique policies whose advocates contend will position the state as a leader of global stature — a phenomenon that has become more pronounced as the state’s political orientation has shifted leftward into one-party dominance.

The current governor, Gavin Newsom, is particularly prone to making first-in-the-nation claims, but he is merely verbalizing an attitude that had already become ingrained in California’s culture.

The spate of new laws that went into effect this month provides multiple examples of the syndrome, such as one — enacted by voters in 2018, not the Legislature and the governor — that requires bacon and other pork products sold in the state to come from pigs bred and raised under presumably humane circumstances.

Other new laws unique to California include a $15 per hour minimum wage, protections for warehouse workers (aimed at Amazon) from work quotas, hourly wages for garment workers to replace piecework, and gender-neutral merchandise displays in stores.

There’s another undercurrent to these and other such decrees: Virtually all of them seek to impose California’s will on some aspect of the economy, putting the state at odds with the rest of the nation and creating potential downside risks.

The “bacon law,” as it’s been dubbed, is one example. Much of the state’s supply of bacon, ham and other pork products comes from farmers and processors in other states. We simply don’t know whether enough of them will change their operations to comply with the new California husbandry rules to prevent product shortages that would drive up prices.

We do know that other only-in-California policies exacerbate the state’s very high cost of living. For example, one reason gasoline prices are so high in California is the state requires a unique refinery blend to fight smog, making it almost entirely dependent on in-state production and unable to import fuel from other states or nations.

Could shortages and high prices generate bacon smuggling? Will Californians drive to Nevada or Arizona to load up their cars with pork products and sneak them into the state? Will bacon-sniffing dogs be deployed at border inspection stations?

That’s being a bit facetious, of course, but there are economic effects to all of these laws that set California apart, no matter how justified that may seem individually. California’s economy cannot be isolated from the rest of the nation and/or the rest of the world.

Will banning piecework pay in the Southern California garment industry raise production costs so much that manufacturers will take their operations — and their jobs — elsewhere? The same question could be asked of other economic sectors affected by the new California laws and the legislative and regulatory decrees of previous years.

It’s a serious question, given that the state is already seeing an exodus of business — Tesla’s abrupt move to Texas most spectacularly — and that we have the nation’s highest rate of unemployment with 1.3 million jobless workers and its highest rate of poverty because of our very high living costs.

California is, we should always remember, not an island.

(Dan Walters has been a journalist for nearly 60 years, spending all but a few of those years working for California newspapers. This story was featured in Cal Matters.)